On Monday the televised state funeral of the late Queen Elizabeth was broadcasted on screens across the globe.

And among the members of the royal family taking part in the ceremony were the youngPrince GeorgeandPrincess Charlotte , two of the Queen’s great grandchildren.

Camilla reflected on how the nine and seven year olds “behaved impeccably” and defended the royals' decision for the youngsters to attend, arguing it was “perfectly right.” This Morning presentersHolly WilloughbyandPhillip Schofieldwere discussing the funeral, which is estimated tohave been watched by 4 billion people across the world.

"They did Gan-Gan proud," Phillip replied, referencing the affectionate name the Queen was known by to her grandchildren.

Appearing as a guest of the morning show, Camilla responded: “They did, didn't they?” 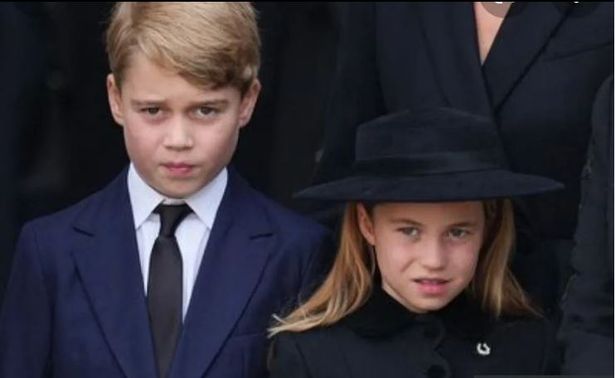 She continued: “You know, I think it was completely right that they were there, it was a parental decision that was taken, not lightly.

“You know, the parents discussed it, 'Can they do this? Will they be okay? It's a lot for them to take on.'

“But not just for hierarchical reasons, because he's a future king but also just familial ones.

“I felt that it was perfectly right for George and Charlotte to be there.” “I mean, it was cinematic in a way, wasn't it? Just the scenes, the family, the impeccable behaviour of these royal children.” George was dressed in a dark navy suit and black tie, while Charlotte wore a black coat dress with pleats at the back and a small silver horseshoe pinned on the front, black tights and a hat with a ribbon tied at the back.

Ahead of the service, the Princess of Wales could be seen holding Charlotte’s hand, and giving her a reassuring touch on the shoulder.