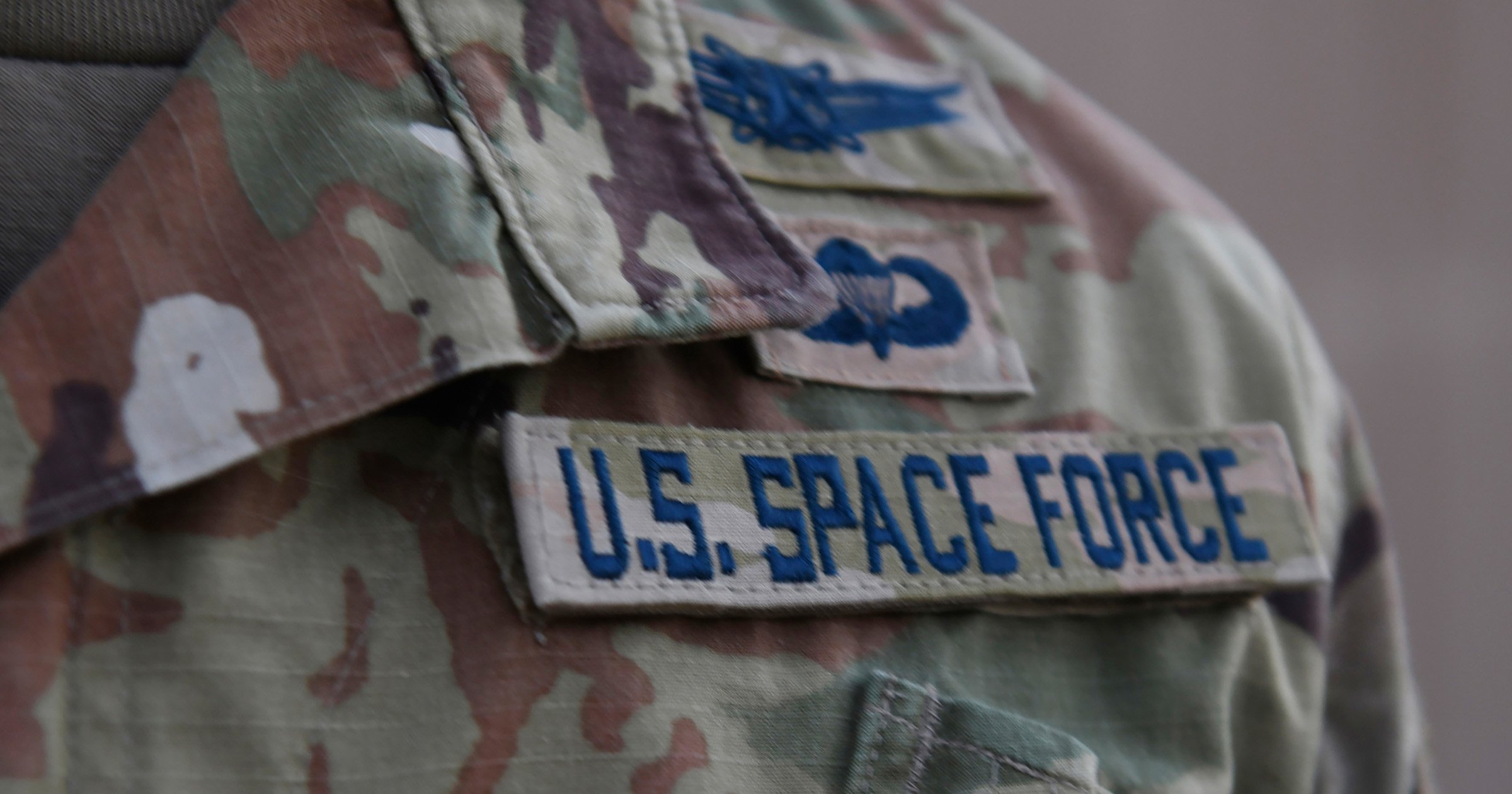 The newest branch of the US military, Space Force, began life in 2019 under former President Donald Trump.

Since then, it’s spawned a logo that closely resembles the famous Star Trek insignia and a joke Netflix series starring Steve Carrel that got canned after a couple of seasons.

But now, Space Force has got a song.

Which is not unusual; the US military is fond of official songs and each of the services has one.

Space Force’s song is called Semper Supra and is set to a jaunty musical medley with lyrics talking about being the ‘mighty watchful eye’ and ‘the invisible front line’.

It was unveiled by General John ‘Jay’ Raymond, chief of space operations, at a conference in Maryland this week.

The name comes from Space Force’s motto, which means ‘Always Above’ in Latin.

Responses to it have been, well, mixed.

The aptly-named Military.com described the song as ‘not a banger’.

Sean Nelson, chief musician of the US Coast Guard Band, helped create the musical score for the song.

‘I went for it and I did what I thought was going to be the most exciting kind of sounds,’ he explained.

Social media had its own take on the tune.

Are we absolutely sure this isn’t the theme song for the upcoming season of the comedy series Space Force… because I laughed my ass off so I have to know if this is meant to be funny https://t.co/LxtaduN9k3

I can’t tell you how relieved I am that the totally frivolous American Space Force has a song to play while they protect the world from E.T.#SemperSupraDude pic.twitter.com/IK8qWn2scg

Although ripe for mockery, Space Force isn’t just tasked with defending us from an alien invasion.

The service, which has 8,400 active members, is responsible for things like protecting navigation and communication satellites.

When Trump created it, it was the first new military service since the Air Force was created in 1947.

It is meant mainly to improve protection of US satellites and other space assets, rather than to put soldiers into orbit to conduct combat in outer space.

The idea became a regular applause line for Mr Trump at his political rallies. He originally wanted a Space Force that was ‘separate but equal’ to the Army, Navy and Air Force, but instead Congress made it part of the Department of the Air Force.

It still gets its own song, though.