Actress Sydney Sweeney of the hit HBO show Euphoria was seen enjoying the sunny weather in Los Angeles on Sunday.

The Washington state native, 24, dressed in a beige outfit as she walked her dog Tank by herself.

The actress flashed her ample cleavage in a tan-colored knit bra and matching shorts which she covered partially with a woolen trench coat. 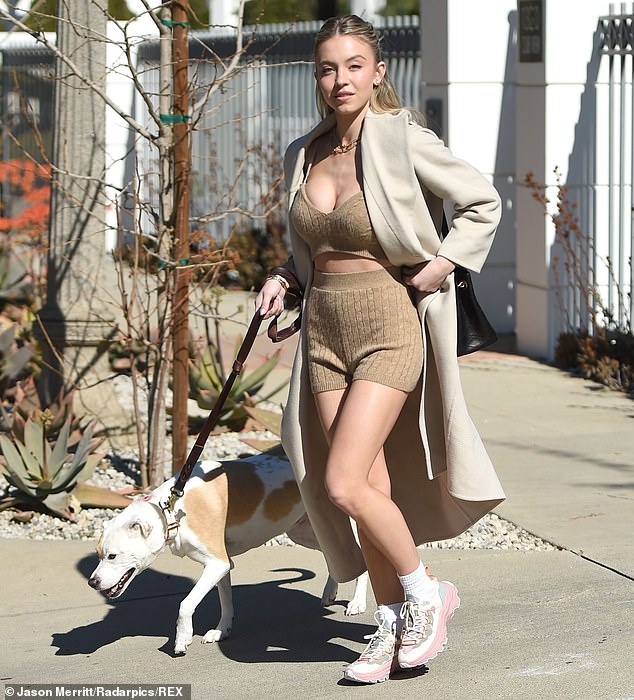 Stepping out: Actress Sydney Sweeney of the hit HBO show Euphoria was out and about in Los Angeles on Sunday

Styled in a center part, the Sharp Objects star partially pulled back her long blonde tresses, letting the loose strands fall down her back.

She showed off her assets in the low-cut crop top and matching high-waisted shorts.

Sweeney’s toned legs were on full display as she strutted her stuff in a pair of SOREL Kinetic Breakthru Tech Lace sneakers in Eraser Pink.

Her neck was adorned in a gold chain necklace and the entertainer wore a face of glowy makeup. 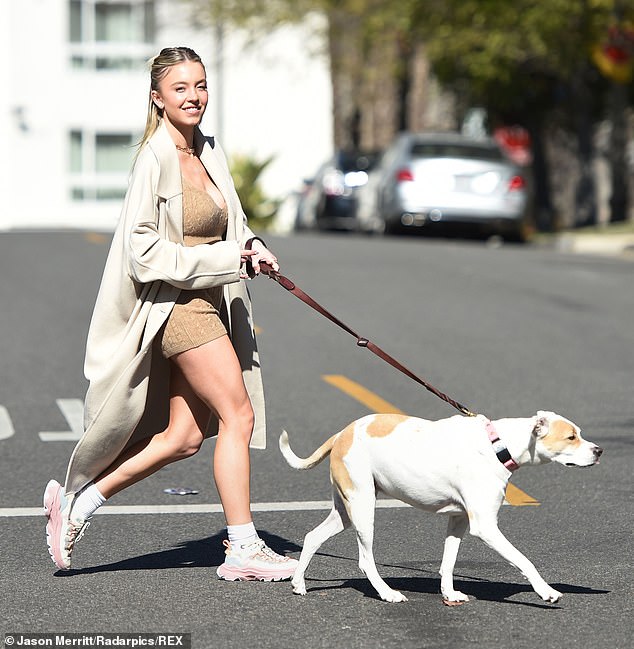 Fresh air: The Washington state native, 24, dressed in a beige look as she walked her dog Tank by herself 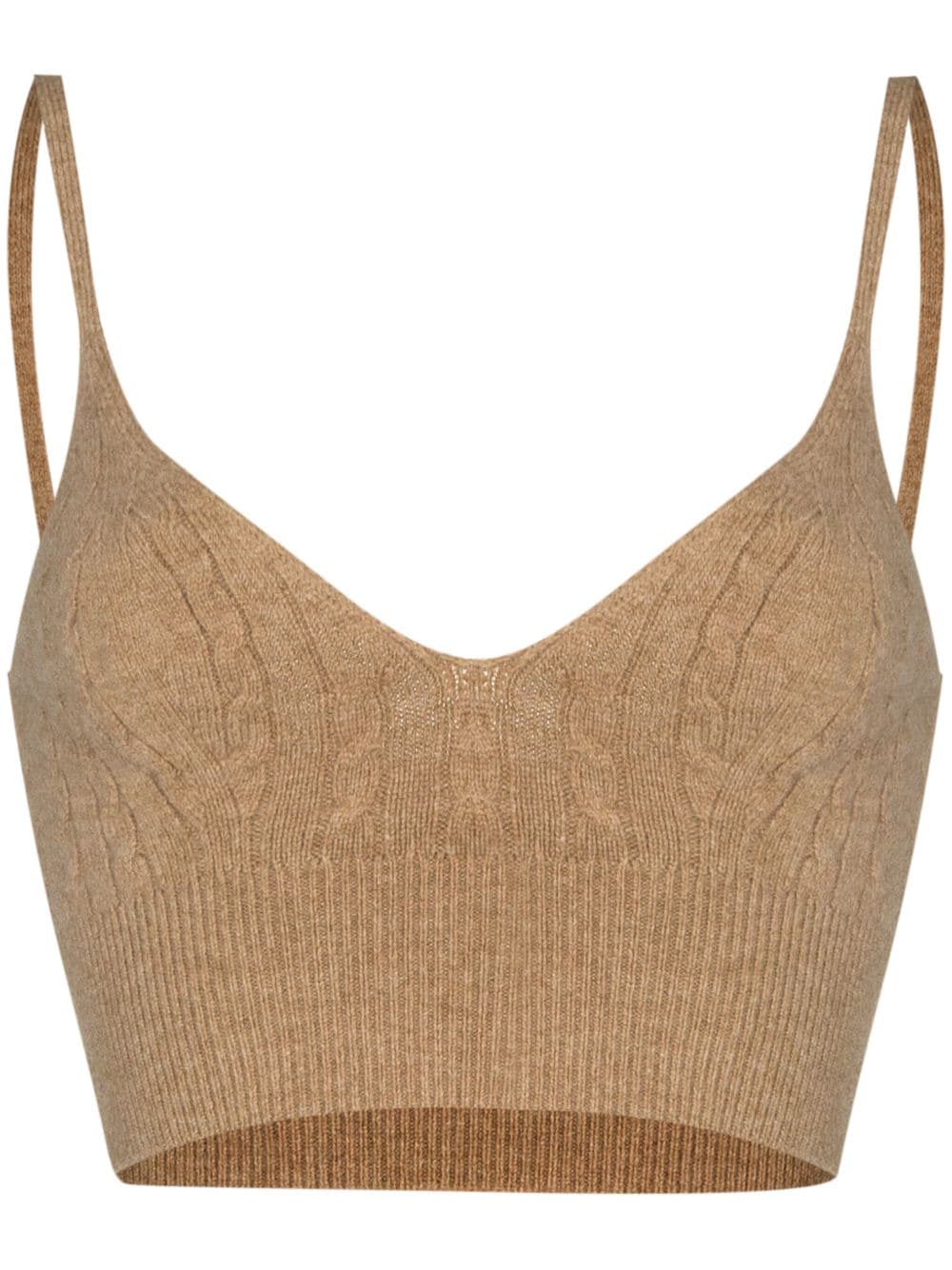 The Once Upon a Time… in Hollywood actress took to social media to share her excitement over landing a spot on the glossy.

‘This has been a dream of mine since the beginning. Beyond surreal to see myself on the cover of @cosmopolitan February issue “The Love Issue”’ she wrote, adding a reed heart emoji. 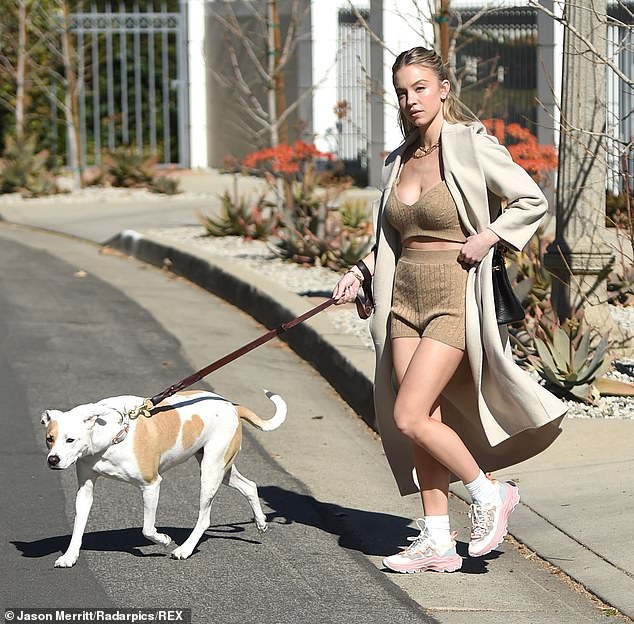 Style factor: Sweeney’s toned legs were on full display as she strutted her stuff in a pair of SOREL Kinetic Breakthru Tech Lace Sneaker in Eraser Pink 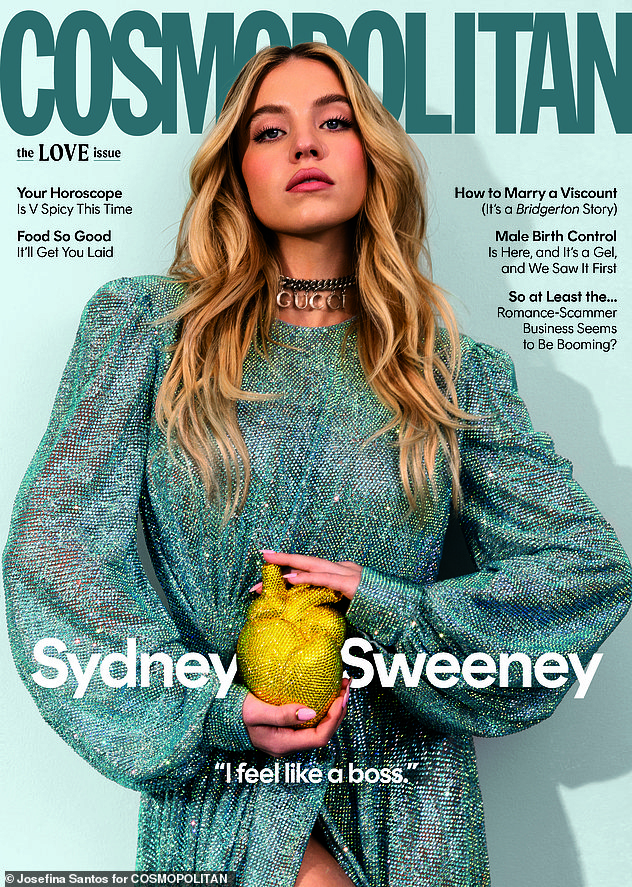 The multifaceted performer stunned in a long-sleeved, sparkling blue dress with a high slit.

She sported a gold Gucci choker as she clenched a dazzling clutch in the shape of a heart organ.

In the Cosmo interview Sydney admitted that establishing herself as a businesswoman in Hollywood has been challenging.

‘As much as people in the industry say they support young female voices, I’m still having to fight, even among older women,’ she revealed. 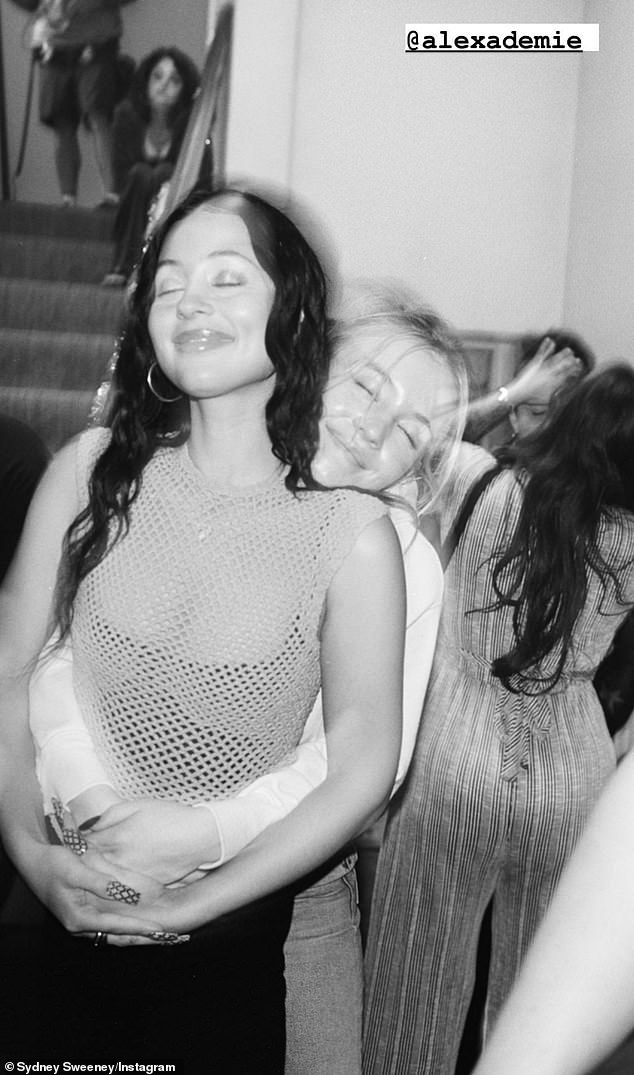 Behind the scenes: In stark contrast to their fiery blowout on the latest episode of Euphoria, Sydney and costar Alexa Demie hugged it out during filming

And elsewhere in the conversation the budding star noted that, similar to her character Cassie Howard on the Sam Levinson-created teen drama, she used to turn to boys for fulfillment.

‘Around the time my parents got divorced, I did act out with guys,’ she said.

‘I would run into the arms of guys to try to fill this void.…I was looking for love to replace the emptiness of a home.’

However, she made it clear that she ‘doesn’t agree with all of Cassie’s decisions.’

‘But I remember being a teenage girl and letting my heart speak louder than my mind, so I would probably make some of the same decisions that she did,’ she distinguished. 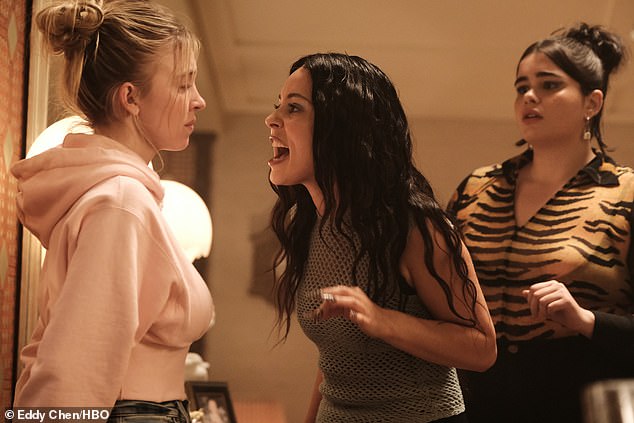 Tense: In character as Maddy and Cassie, Demie and Sweeney have an intense confrontation