Peter Andre, 47, looks fitter than ever as he showcases his toned torso after rising to fame with his rippling six pack in the 90s

He became famous in the 90s for his rippling six pack.

And Peter Andre proved he’s still fit as ever as he showcased his toned physique on social media in a shirtless snap where he grinned at the camera.

The father of four, 47, will display his shirtless torso once more in the latest episode of his reality show Life With The Andres, which airs on The Sun’s YouTube channel. 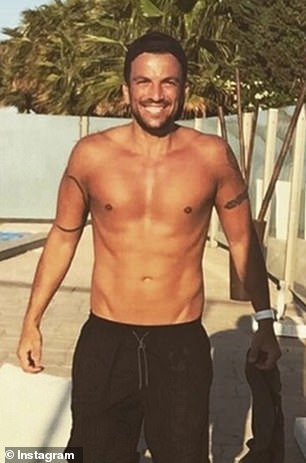 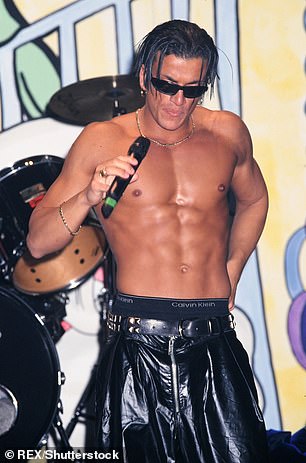 Looking good: Peter Andre, 47, proved he’s still fit as ever as he showcased his toned physique on social media (pictured left, present and right, in 1995)

Peter goes shirtless in the clip after his workout but insists he is able to eat whatever he wants.

He said: ‘Nothing is off limits. I do enjoy my chocolates but where I counter that is my training.

‘I really push myself. I do the opposite to what’s classed as normal. I have no breakfast, just a black coffee, and loads of water.

Also in the episode, Peter admitted that he and his wife Emily, 30, disagree about sending their children back to school amid the ongoing coronavirus pandemic. 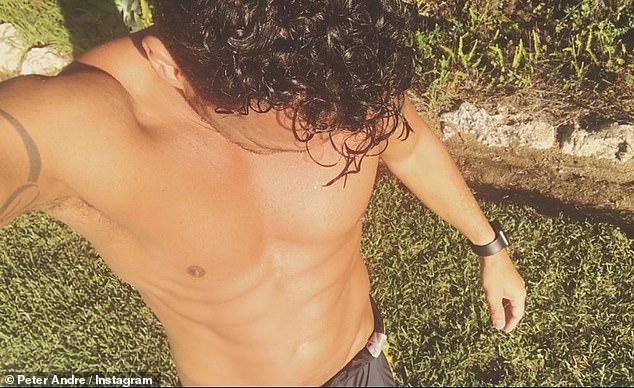 Show: The father of four will display his shirtless torso once more in the latest episode of his reality show Life With The Andres, which airs on The Sun’s YouTube channel

The couple are parents to Amelia, six, and Theodore, three, while Peter is also father to Junior, 14, and Princess Tiaammii, 12, with his ex Katie Price.

Peter said: ‘We very rarely have opposite views – but I don’t think they should go back tomorrow and Emily thinks they should. The only reason I’m going with what Emily says is because she’s a doctor. If it was up to me I’d say no.’

The singer and his other half have been self-isolating with their kids since the pandemic began and Peter admitted he has mixed feelings about returning to the showbiz circuit.

The star said he has never spent this much time at home with his kids and has found it to be a ‘humbling’ experience.

It comes after Peter recently revealed that he wants a fifth child before he turns 50 and is happy to try for another baby with Emily. 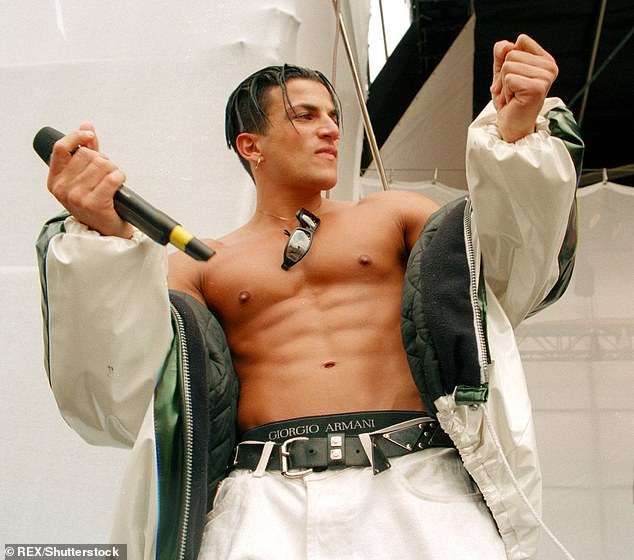 He said: ‘Nothing is off limits. I do enjoy my chocolates but where I counter that is my training’ (pictured in 1996)

The Mysterious Girl hitmaker admitted that this is the last year that he would be ‘willing to try’ and has told his doctor spouse that they have to start now if they want another child.

Speaking to The Sun, Peter said: ‘A baby would be amazing. We keep saying yes, we keep saying no. I think maybe!’

He added: ‘I said to Emily, “If you want another one then we have to start trying now.” I’m 47 and I don’t want to be changing nappies at 50 because I’ve done it so many times over the last 15 years. 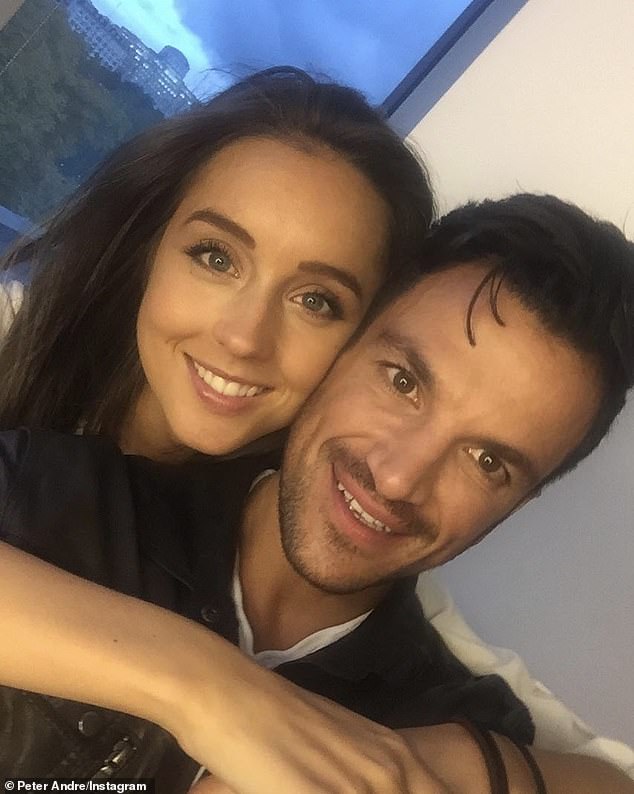 Father again? Peter recently revealed that he wants a fifth child before he turns 50 and is happy to try for another baby with wife Emily, 30

‘This is my last year that I would be willing to try, because then I’m over the nanny stage for good.’

Peter added that Emily is more practical whereas he’s happy to try without thinking ahead, although he added that they have ‘discussions all the time’. The singer is one of six and his father, Savvas, is one of 12.

The star is set to celebrate ten years since he first met wife Emily in July and joked that he will mention having another baby then. 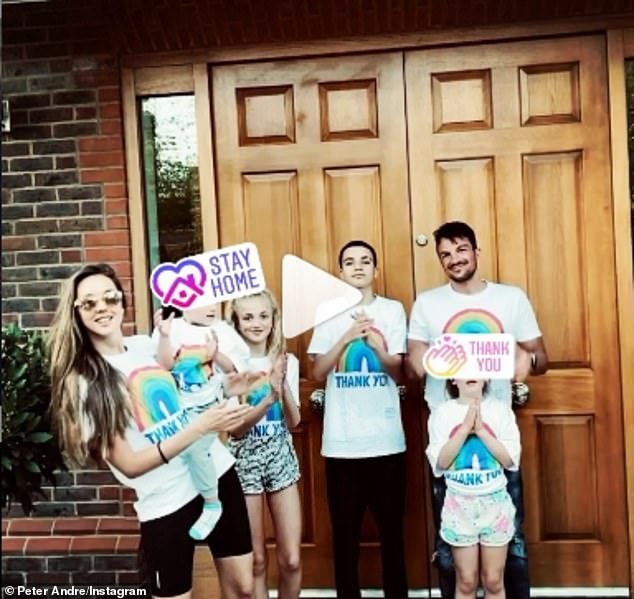 Brood: The singer has Amelia, six, and Theodore, three, with his doctor spouse and shares Junior, 14, and Princess, 12, with ex-wife Katie Price (all pictured together recently)