How Kylie Minogue cashed in! She’s had a string of hits but has swelled her fortune to £55m by cannily selling everything from sexy underwear to bed linen, glasses, make-up and now even wine, writes ALISON BOSHOFF

She is the great comeback Queen of pop — having started her singing career in 1987 as a toothy TV star.

Since then she’s weathered changes in image, romantic disasters and a traumatic battle with breast cancer.

Now 52, Kylie Minogue is loved for her showgirl sparkle and what friends call her ‘rubber ball bounce’ which sees her spring back from any setback.

Her pinnacle was perhaps her set in the ‘Icons’ slot at Glastonbury last year — the most viewed in the festival’s history. 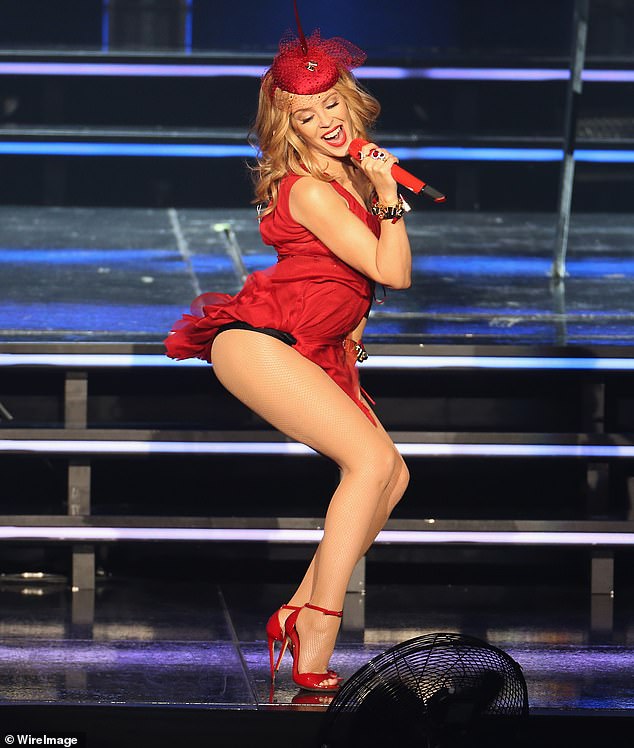 Now 52, Kylie Minogue is loved for her showgirl sparkle and what friends call her ‘rubber ball bounce’ which sees her spring back from any setback

In lockdown, she has been writing what she calls a ‘grown-up disco’ album, and spending time with boyfriend Paul Solomons, a magazine executive.

However, although her music career has been stellar (seven UK No 1s, 14 studio albums and 70 million sales) wily Kylie has also earned a fortune in other spheres. Last week saw the launch of her latest venture — a rosé wine with her signature on the bottle and a price tag of £9.

She also has a range of bed linen, wallpaper and curtains. Kylie glasses and sunglasses are sold at Specsavers. Her make-up is available on line. There is even a £450 Kylie watch.

Recently she has had a range of perfumes, underwear and clothes.

The big sell has helped her to build her fortune from a reported £35 million ten years ago, to £55 million today. Indeed, brand Kylie seems to account for as much as £15 million to £20 million over her career.

So what does Kylie sell — and how much money has she made from Kylie Inc? 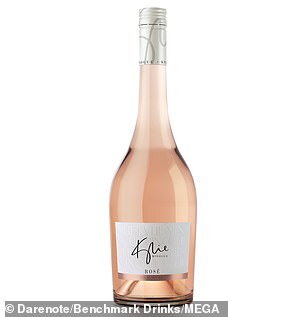 Released on Kyle’s 52nd birthday, she said there had been discussions about calling it ‘The Wild Rose’

Cashing in on plonk

Actors Sarah Jessica Parker, Sam Neill and Drew Barrymore have all lent their names to wines and now Kylie has joined the throng.

Her rosé features a label bearing her signature and is a blend of Carignan and Cabernet Sauvignon grapes sourced from France. It is being sold by British firm Benchmark Drinks who also sell booze by cricketer Ian Botham and chat show host Graham Norton.

Available at Tesco for £9, Kylie’s rosé is said to have ‘aromas of fresh summer berries and white blossom, with a fruity, crisp finish’, although one critic described it as ‘a coarse, sweet-yet-bitter disappointment’.

Released on Kylie’s 52nd birthday, she said there had been discussions about calling it ‘The Wild Rose’ after her hit song Where The Wild Roses Grow, a duet with Nick Cave. ‘We did play with that idea but, for a start, it was taken. And, secondly, we didn’t want it to feel like a gimmick,’ she said.

How much will she make? It depends on the deal, which has not been disclosed, and how much is sold. David Beckham is said to get £5.5 million a year for Haig Club whisky but he films adverts and has ambassadorial duties. Wine business experts reckon her slice of the pie will hover somewhere between £500,000 and £1 million a year. 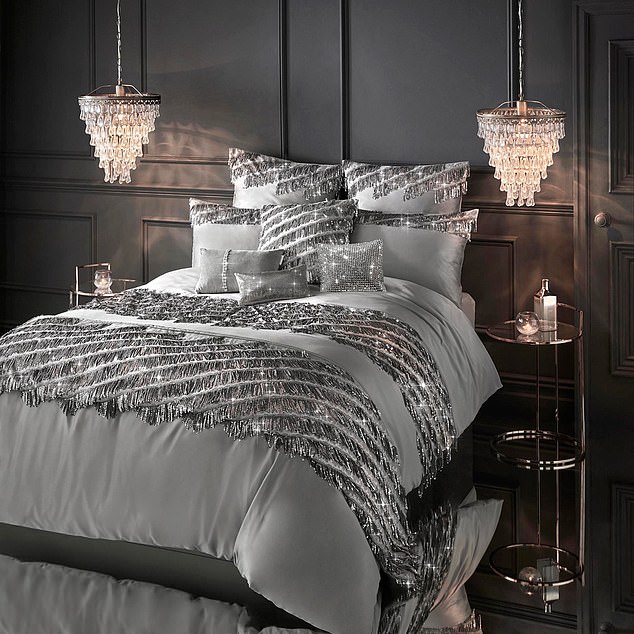 The bedding features a lot of satin, velvet and sparkles. The range has expanded to include candles, lamp shades, wallpaper and even curtains

In 2008, Kylie launched her first range of bedding — Kylie at Home. The range is produced by British textiles giant the Ashley Wilde Group and has been running successfully ever since.

The group’s most recent accounts indicate a turnover of £32 million and it has just signed a deal with singer Rita Ora, so clearly these collaborations make the tills ring.

Kylie at Home is sold in High Street retailers such as Debenhams and Next and is also available online. The bedding features a lot of satin, velvet and sparkles. The range has expanded to include candles, lamp shades, wallpaper and even curtains.

Signature items include velvet boudoir cushions trimmed with diamante. The deal is thought currently to net her at least £500,000 a year — and so may have added up to £6 million to her coffers since it began.

It sold out and was, at the time, the firm’s most successful celebrity range. H&M’s head of design rhapsodised about her ‘fantastic personal style’.

Madonna was said to have made £3 million for lending her name to a collection at H&M a year later, while the late Caroline Flack was paid £1 million a year for endorsing her own range of clothes at River Island.

It seems likely that Kylie will have netted a figure somewhere between the two. 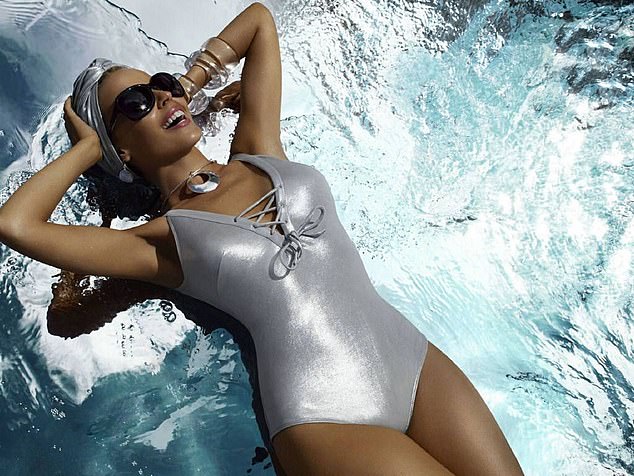 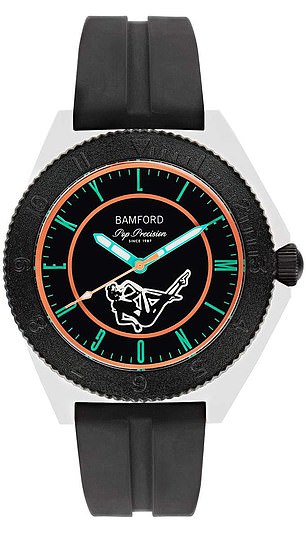 For the die-hard Kylie fan there is a £450 watch made by luxury London watch designers Bamford. A spin-off from its Mayfair collection, it is a limited edition, with only 300 made.

There’s gold in her drawers

One of Kylie Inc’s earliest business ventures was with Love Kylie lingerie in 2001.

It was launched at Selfridges in London and a video of Kylie in the underwear was played in the store window. She said coquettishly: ‘All I had to do was jump up and down in my underpants.’

The range was discontinued in 2006 as she dropped out of the limelight having been diagnosed with breast cancer in 2005.

In 2015, she returned to the fray by teaming up with the brand Sloggi. She modelled the range herself in adverts which were shown across Europe.

The range was available in ‘mystic blue’ and ‘electric raspberry’ as well as neutral tones and the singer described the smalls as ‘smooth and comfortable’.

She put her dancers in Sloggi underwear during her concert tour in 2015 and released a promotional film on YouTube. The range is no longer available.

Kylie first endorsed lingerie in a 2001 cinema advert for Agent Provocateur, in which she rode on a mechanical rodeo bull in her undies. It was voted the greatest cult cinema advert of all time in a poll. 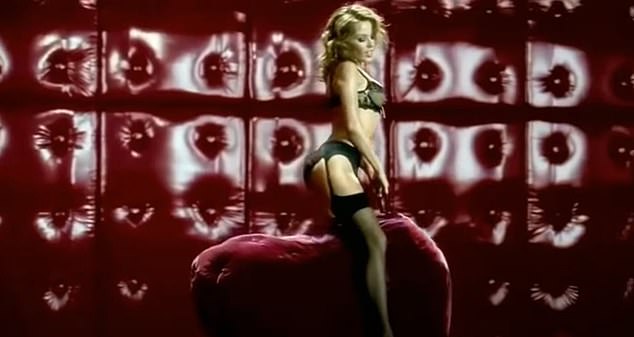 Kylie first endorsed lingerie in a 2001 cinema advert for Agent Provocateur, in which she rode on a mechanical rodeo bull in her undies 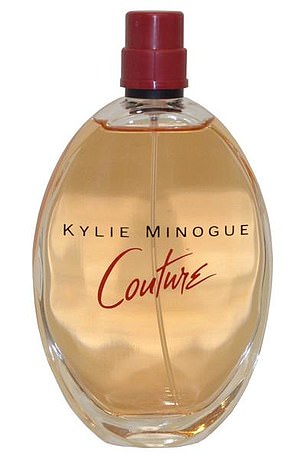 Some have become collectors’ items, going for nearly £100

The smell of success

Kylie sold perfumes from 2006 to 2012, with her scents made by cosmetic giants Coty (who also produce the Beckham fragrances).

Her first was called Darling — and was supported by the release of an EP of the same title.

Next came Sweet Darling and Sexy Darling, with that bottle shaped like a bottom in a nod to the sensation she caused in gold hot pants in the Spinning Around video. Other scents included Couture and one for men, Inverse. They are now only available via resale websites. Some have become collectors’ items, going for nearly £100.

How much will she have been paid? At their height, the Beckhams sold £68 million of fragrance a year and were reportedly paid £4 million a year by Coty. Kylie’s deal was probably worth around 25 per cent of theirs. 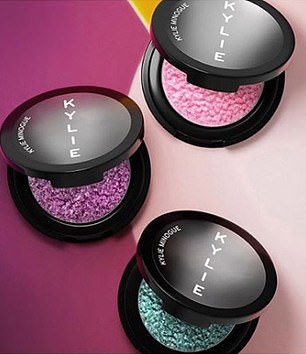 Make-up adds a bit of gloss

A limited makeup range, branded Kylie, was launched six months ago and is available from the ‘Merch’ section of her official website.

Jenner, who shot to fame in Keeping Up With The Kardashians, tried to trademark the name Kylie in 2015, but was blocked by lawyers acting for Minogue.

Minogue’s team contended that she was an ‘internationally renowned performing artist, humanitarian and breast cancer activist’ who already owns Kylie-related trademarks in the U.S. in several industries, as well as the website kylie.com.

The case was settled in 2017 to Minogue’s satisfaction. 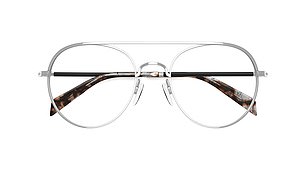 The singer launched her first ‘collection’ for Specsavers on Valentine’s Day 2017 and featured prominently in its advertising that year and again in 2018.

Her glasses — with a distinctive gold ‘K’ tag — are still sold by the High Street store, with prescription frames starting at £99.

Kylie said: ‘I’ve absolutely loved designing this collection. Glasses are a big part of my life; day in, day out.

‘It’s been enormous fun to actually stop and think: “What do I wear? What are my favourite styles? When do I wear them and how do I wear them?”

‘I really tried to inject my personality into the collection and, for me, that means functional-daytime-but-still-fabulous glasses, which can transition to a dinner date or an evening show.’ She’s thought to be paid around £1 million a year for the rights, so may have more than £3 million.

Clearly it is an asset worth protecting. Last year, her legal team lost a court battle to try to stop a Spanish firm from selling ‘Kylie’ glasses. 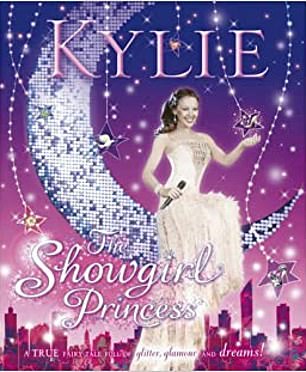 She released a ‘magical’ picture book for children, The Showgirl Princess, in 2006

A pretty penny in publishing

She has released two hardback art books about her style, and a ‘magical’ picture book for children, The Showgirl Princess, in 2006.

Her biggest earnings, however, will have come from calendars which sell briskly and have done so for 20 years.

How much money has she made? Well, former Strictly dancer Ola Jordan reportedly got around £100,000 for her calendar, so assuming a much bigger star such as Kylie would reasonably expect to be paid double that, the total figure could reach £4 million.

Making a mint in music

There was a lucrative tour on the back of Golden and, recently filed accounts from her company Ten Minutes, which receives touring revenues, shows net assets of £1.8 million in 2019.

More money from her music career can be found in her company Darenote Limited which filed accounts in May. These indicate net assets of £3.7 million in 2019, up from £3 million the previous year — nearly the blockbuster levels of 2013 when she made just over £4 million in a year.

In all, she is believed to have made around £30 million from music and touring. 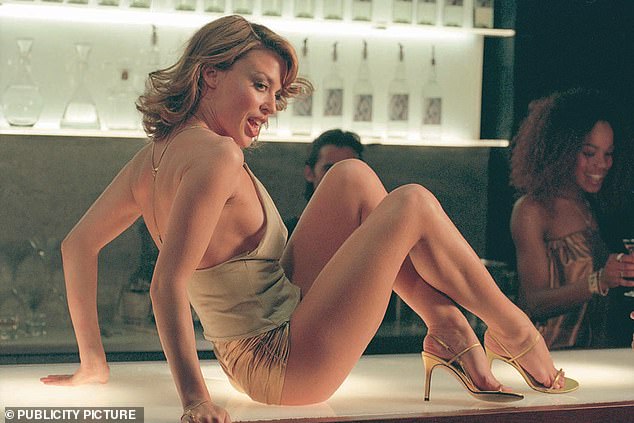 Over the past ten years, Kylie has released four albums. Golden, in 2018, achieved gold status, selling 100,000 copies. Here she is pictured in the music video for Spinning Around