Paul Rudd, 53, has been widely praised for his sweet gesture after a mum’s desperate plea went viral on Twitter. A 12–year-old boy’s yearbook had only been signed by two friends and two teachers, leaving him heartbroken until Ant-Man actor Paul stepped in.

Cassandra Cooper took to Facebook to share a desperate plea after her son Brody Ridder signed his own yearbook because he had struggled to make friends at school.

He had reportedly asked several children to sign it for him, but only two did, along with two teachers.

Brody then wrote himself a message instead – with the devastating words: “Hope you make some more friends.”

“My poor son. Doesn’t seem like it’s getting any better. 2 teachers and a total of 2 students wrote in his yearbook,” she wrote. 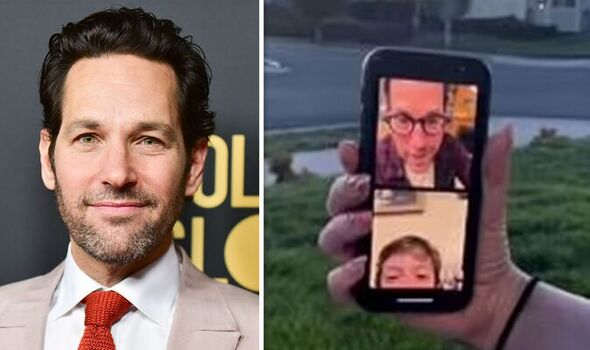 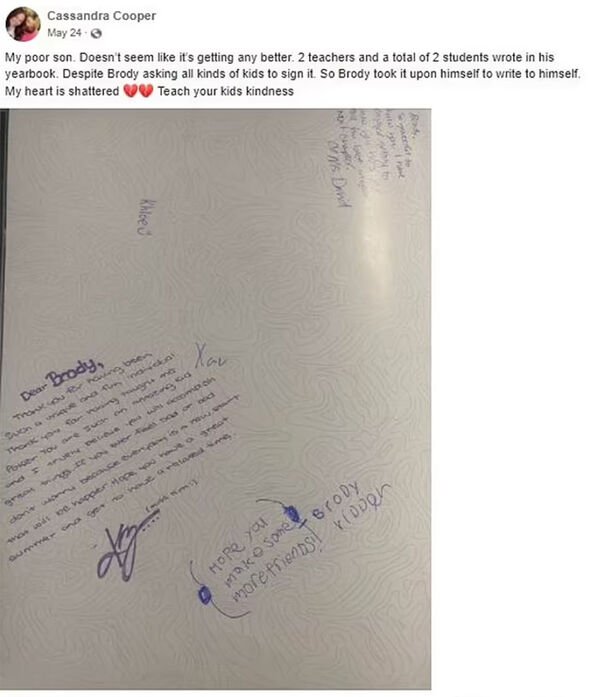 “Despite Brody asking all kinds of kids to sign it. So Brody took it upon himself to write to himself. My heart is shattered. Teach your kids kindness.”

The post went viral, and kind strangers, including some older children at Brody’s school, stepped in and surprised him in class, signing the yearbook for him.

Speaking to the Washington Post, Cassandra explained Brody had been bullied during his two years at the school.

“There’s kids that have pushed him and called him names. Brody has been through a lot,” she said. 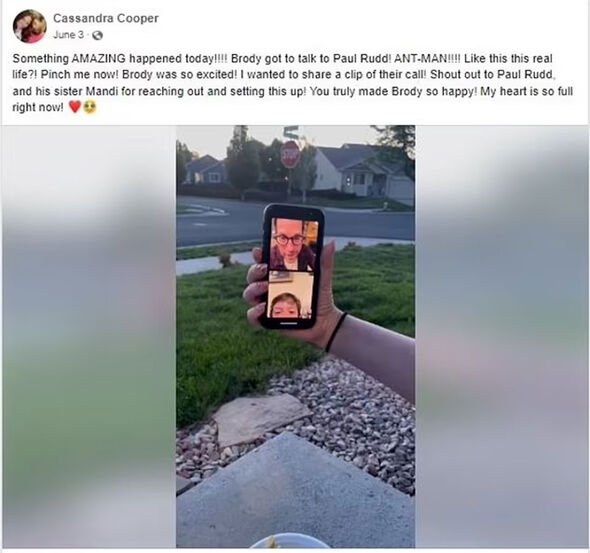 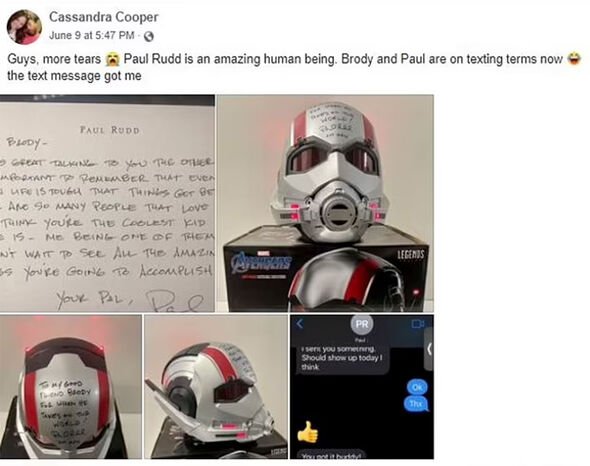 But the post soon caught the eye of someone else – the sister of actor Paul Rudd, star of Ant-Man and Clueless and recently voted People magazine’s Sexiest Man Alive.

Paul FaceTimed an utterly delighted Brody, with Cassandra sharing a photo of the adorable moment online.

“Something AMAZING happened today!!!!” she penned.

“Brody got to talk to Paul Rudd! ANT-MAN!!!! Like this this real life?! Pinch me now! Brody was so excited! I wanted to share a clip of their call!”

She continued: “Shout out to Paul Rudd, and his sister Mandi for reaching out and setting this up! You truly made Brody so happy! My heart is so full right now!”

In the video, Paul can be heard telling Brody: “I heard about you and I was like, I’ve gotta talk to this kid, cause he seems like my kind of guy.”

The kind-hearted star then sent Brody some gifts including a handwritten note and an Ant-Man helmet, signed by the superhero himself.

The note read: “Dear Brody, it was great talking to you the other day. It’s important to remember that even when life is tough, things get better.

“There are so many people who love you and think you’re the coolest kid there is – me being one of them!’ he added.

“I can’t wait to see all the amazing things you’re going to accomplish.”

It’s not just Paul who has reached out to Brody – letters from children all over the world have been flooding in.

GoPro sent a camera to the overjoyed youngster, while the cast of Broadway show Dear Evan Hansen invited him and Cassandra to the show, as well as signing his yearbook.