Sir Lenny Henry is in one of his smallest roles yet: Playing a tiny hobbit at 6ft 3in, the actor will star in Amazon’s The Rings Of Power

This is an early look at 6ft 3in Sir Lenny Henry in one of his smallest roles yet.

With false ears and a white wig, he plays Sadoc Burrows, one of the famously tiny hobbit folk, in Amazon’s Lord Of The Rings prequel series, The Rings Of Power.

A photo released from the upcoming programme shows he has also been fitted with hairy prosthetic feet for the role. He is seen wearing a cloak and a dirtied white top with a necklace.

Sir Lenny, 63, told Radio Times his character was ‘traditional Tolkien’. Sadoc is the leader of the nomadic Harfoot community, a breed of hobbits in the Lord Of The Rings universe. 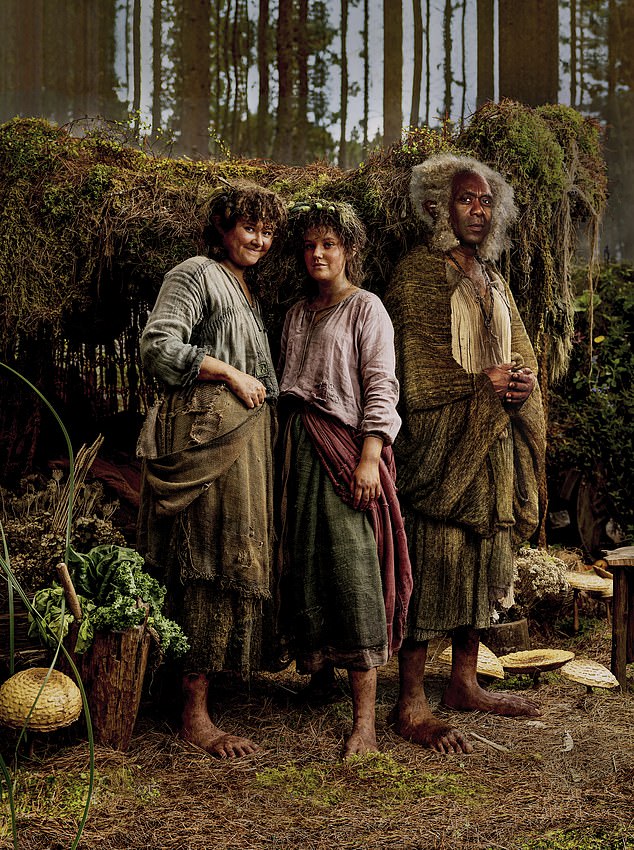 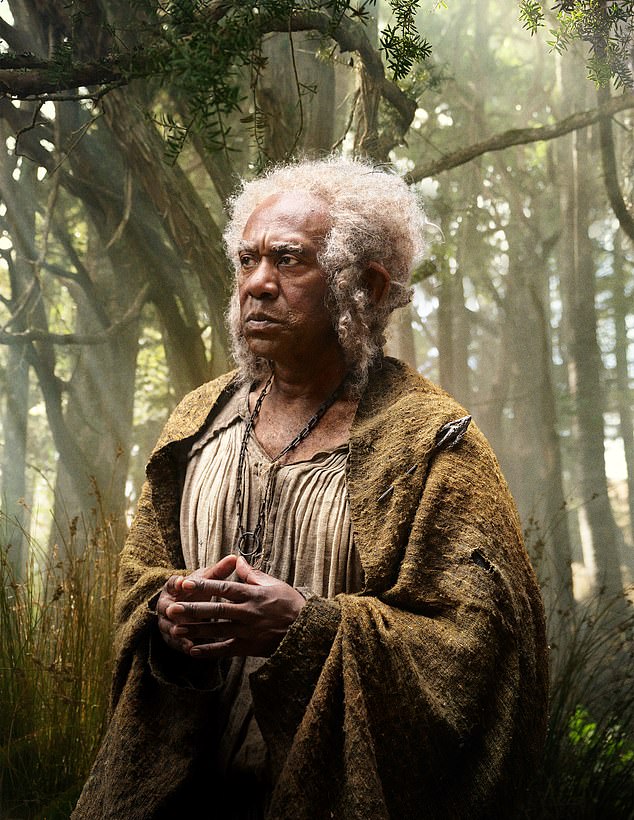 Sadoc Burrows is the leader of a nomadic tribe of hobbits and ‘traditional Tolkien’: Sir Lenny

‘We’re a nomadic tribe and follow the weather to the place where the crops come,’ Sir Lenny said.

‘We have a huge caravan with wooden wheels. We are a very good way to hide things because people are much bigger and cause problems. We’re traditional Tolkien.

‘Generally, for this world, little people are funny, but likewise, you can be so brave.’ And despite not being invited to take on many lead roles nowadays, he is still happy being asked to take part in projects.

‘I’m a man of a certain age now; it’s just nice to still be asked to do things,’ he told Radio Times.

‘I feel gratitude every day that people still think I’m worth the time.’

The Lord of the Rings: Rings of Power series, which will reportedly cost Amazon £850million to produce, is set thousands of years before the triple-film franchise.

The series, developed by screenwriters JD Payne and Patrick McKay, is set to be released on Amazon Prime on September 2 with the first eight episodes of a five-season run.