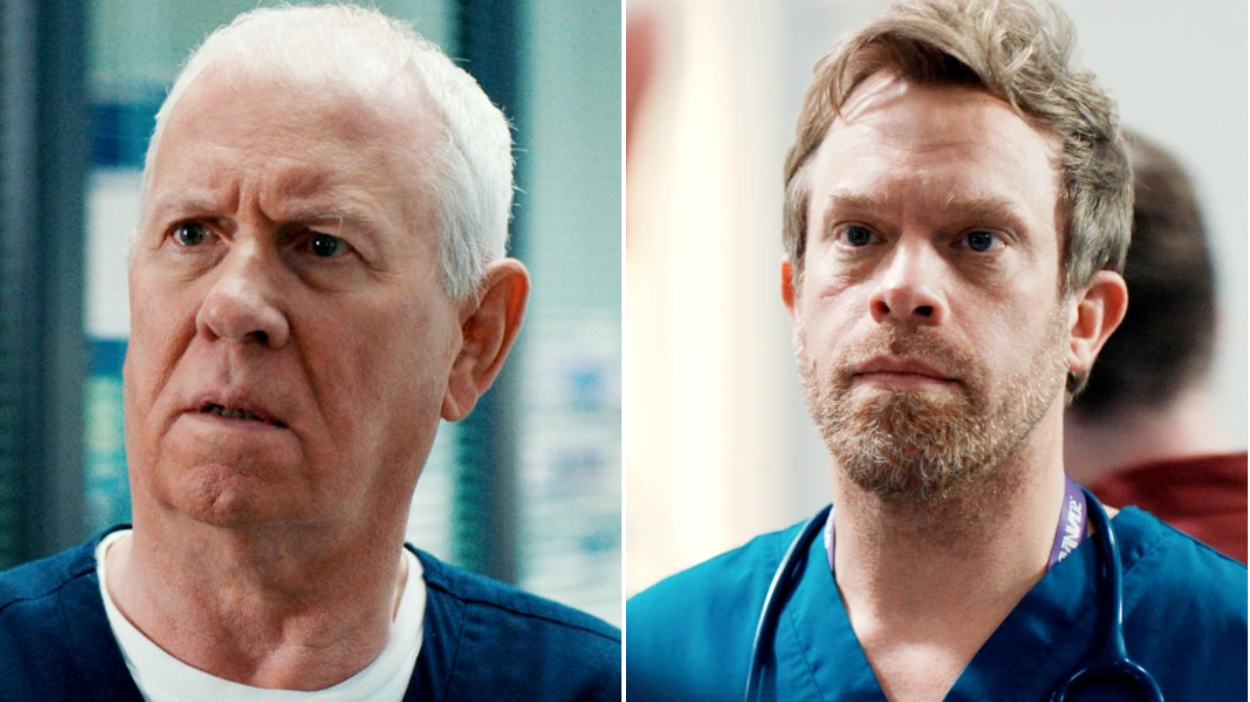 The strains of the NHS are highlighted in tonight’s Casualty as series 37 opens with the show back to its full 50 minute episode length – and Casualty stalwart Charlie Fairhead (Derek Thompson) is right in the middle of the action.

Charlie’s just returned from a relaxing and reviving holiday in Greece and he’s ready to take whatever the day might bring. But with an ED under incredible pressure dealing with the victims of a serious fire, he walks in on a department at full stretch, with patients lining the corridors because no beds are available while others are forced to wait in ambulances outside.

One of these is Manisha, a 19 year old woman who dies from a drug overdose. Was it the wait in the ambulance that led to her death?

Charlie does his best to stay positive and even challenges Dylan (William Beck) over his gloomy outlook, but as the day goes on Charlie begins to realise that some thing might be so broken they’re beyond fixing – especially when he also starts to make mistakes that end up having terrible consequences for a patient.

Meanwhile David Hide (Jason Durr) is still desperately seeking answers as to why his son went from being an innocent, loving boy to being a murderer without David knowing anything was wrong. When a convicted murderer is brought into the ED, David thinks he’s found a way to discover what goes through a killer’s mind. Is he playing with fire?

It’s a difficult shift for the paramedics, too. Sah (Arin Smethurst), Iain (Michael Stevenson), Jan (Di Botcher) and Teddy (Milo Clarke) are called to an accident at a warehouse club night.

As Charlie deals with one of the victims he discovers a sinister connection to another patient – leading to one of the paramedics getting injured in a confrontation with a distraught person.