Claiming to suffer from a mental condition seems to be par for the course for famous names these days.

But now the television personality Gizzi Erskine has accused her friends of seeking to be diagnosed with a disorder in order to seem ‘cool’.

Aristocratic cook Gizzi, 42, who has spoken openly in the past about struggling with anxiety, attention deficit hyperactivity disorder (ADHD) and depression, says so many people claim to suffer from ADHD that they’re clogging up NHS waiting lists, preventing genuinely sick people from receiving treatment. 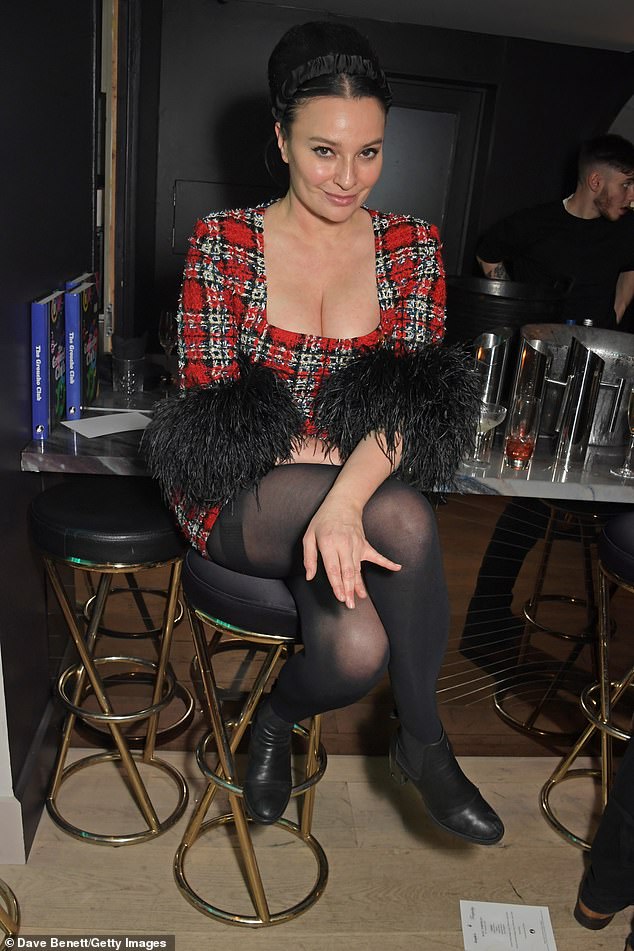 Television personality Gizzi Erskine, pictured, has accused her friends of seeking to be diagnosed with a disorder in order to seem ‘cool’.

‘I am almost certain that people now want the diagnosis because it seems cool and not because they are genuinely ADHD or maybe at the lower end of the spectrum and don’t want to be medicated,’ declares the daughter of the 2nd Lord Erskine of Rerrick.

‘If you are on the [NHS waiting] list . . . then please get off it as there are people literally killing themselves waiting for real help.’

Gizzi, who presented Channel 4’s Cook Yourself Thin show, says conversations at society events with fellow guests who claim to suffer from ADHD have left her boiling over.

‘Too many chats at parties recently making me combustible,’ she admits.

Numerous prominent figures have claimed they suffer from ADHD. But Gizzi says true sufferers should be prepared to ‘be on a variety of meds for life’.

She adds: ‘You should really think about whether you have a problem enough [to need diagnosis from a medical professional].’ 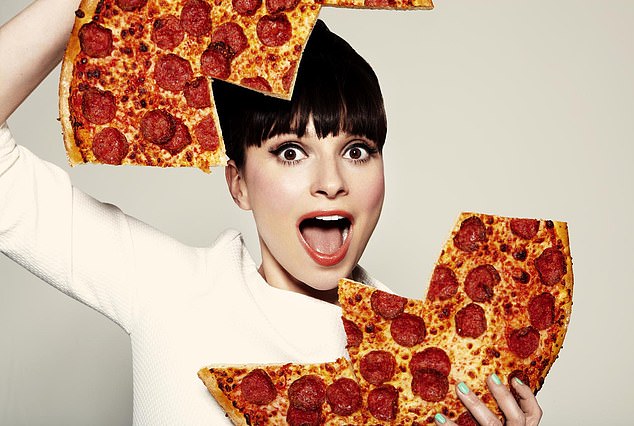 Gizzi spent her childhood between her family’s Belgravia home and the Steilston Castle estate near Dumfries.

When she was eight, her parents divorced after her photographer father lost the family fortune.

Earlier this year, Gizzi admitted she had been a bully during her work in professional kitchens.

She said: ‘I’ve seen pans of hot oil fly through the room, someone stuffed in a bin to pick out potato peelings and I’m absolutely not remotely proud, quite the contrary I’m revolted at myself, but I’ve personally made grown men cry.’

Olivia’s delighted to be bumping along again…

Society model Olivia Inge, who said she had been left ‘physically and emotionally’ devastated after suffering a miscarriage four years ago, is delighted to be pregnant again.

And she’s proudly shared this photo, above, of her showing off her baby bump in a bikini.

‘Any pregnancy is a miracle,’ Olivia tells me.

Acupuncturist Olivia, 41, a descendant of former prime minister William Gladstone, has been discussing baby names with her financier husband, Peter Davies, with whom she has a five-year-old daughter: ‘We’ve been looking down both our family lines to see if there are any names we like.’

Olivia Inge showed off her baby bump while wearing a bikini on her Instagram page. It comes after she was left devastated by a miscarriage four years ago

‘Yes, it’s utter horsewallop plotwise and its riddled with cliche, but Collins is utterly adorable and I love her clothes so very very VERY much.

‘We’re allowed to like things that are beautiful and pain-free, especially with the world being so very very sad.’

Cage rattled in debut when he was a Coppola

Nepotism can give you a leg-up in the film business, but Hollywood star Nicolas Cage says he was belittled on the set of his first film because he was the nephew of legendary director Francis Ford Coppola.

‘I was still Nicolas Coppola then,’ he says of his role in the 1982 coming-of-age comedy Fast Times At Ridgemont High.

‘I’m not going to mention any names, but I was bullied on that movie by other actors because my name was Coppola.

‘It was like, “Oh, well, he thinks he can be an actor just because he’s Francis Ford Coppola’s nephew.” I was the brunt of jokes.’

Oscar-winner Martin Scorsese may have featured the Rolling Stones’ song Gimme Shelter in three of his movies’ soundtracks.

But Sir Mick Jagger refuses to give the celebrated director special access to their back catalogue.

‘No, he doesn’t get a discount deal,’ Jagger jokes.

The singer created music for the Apple+ television spy drama Slow Horses but doesn’t act in the series himself, having appeared in only a handful of films since his screen debut in 1968’s Performance.

‘There aren’t that many great parts, to be honest,’ he explains. ‘You get offered a lot of rubbish.’

Imogen’s starring role in The Guy Who Loved Me

He’s tipped to be the next 007, but James Norton has already found his leading lady.

She’s his fiancee, the 32-year-old actress Imogen Poots, and he was seen lavishing affection on her after they went for lunch near their home in East London. 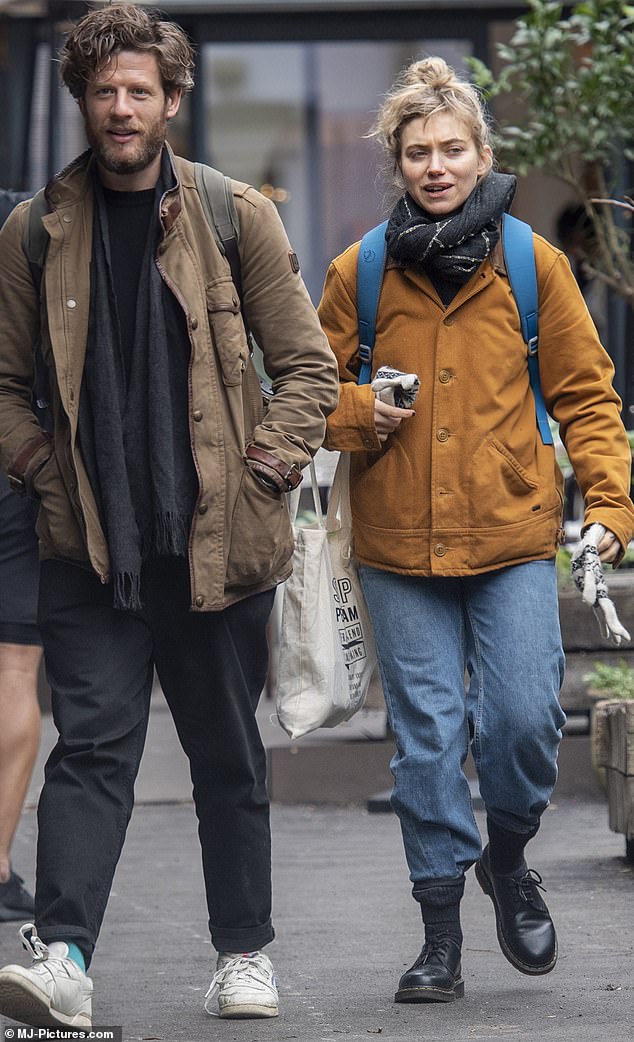 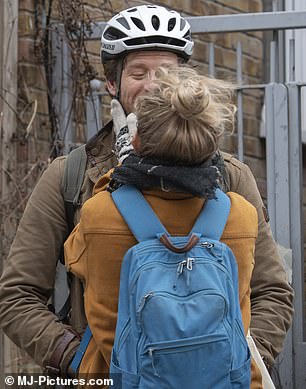 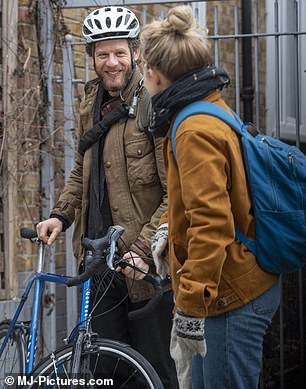 The bushy-bearded star of Happy Valley, Grantchester and McMafia, who was wearing his bicycle helmet, gave Poots a departing hug as they left the restaurant.

‘They couldn’t keep their hands off one another,’ an onlooker tells me.

Earlier this year, I disclosed that Norton, 36, had proposed to Poots, whom he first met when they appeared together in Belleville at the Donmar Warehouse in 2017.

But they’re not always a resounding success.

‘People don’t know, but pop stars do corporate gigs — for travel agents of the wider area of Birmingham,’ he jokes.

‘I started a conga where only two people joined me around the room, and even then the second one was lagging behind because she had a stick.’

The Duchess of Cornwall can expect a Fab-u-lous invitation to arrive at Clarence House.

For I hear Camilla will be invited to the wedding of waspish Strictly Come Dancing judge Craig Revel Horwood, who’s due to exchange vows with horticulturalist Jonathan Myring next year. 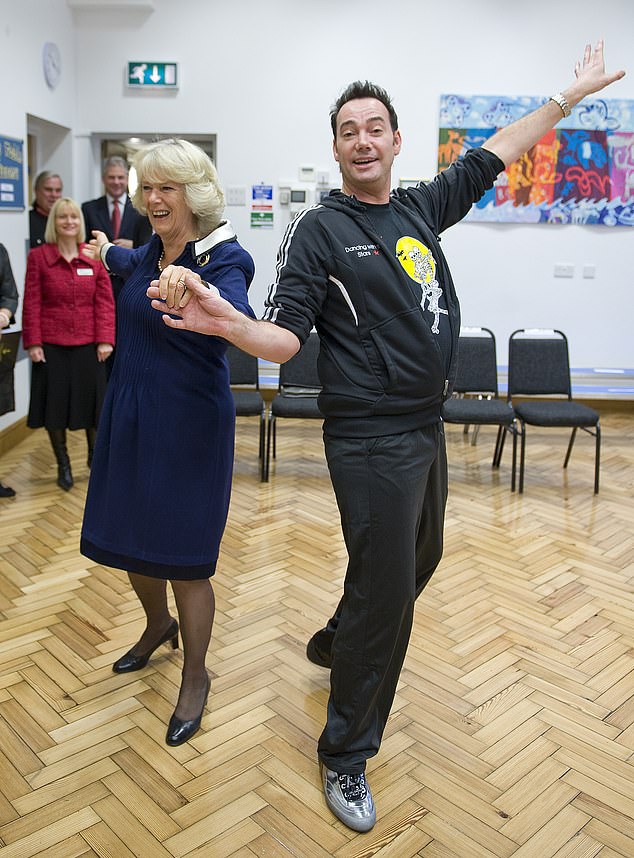 Revel Horwood, 57, got to know the Duchess, 74, as she’s president of the Royal Osteoporosis Society, a charity of which he’s an ambassador.

‘She’s also huge fun and a surprisingly good dancer. When we posed for photos, I was going to suggest we did an easy dance. “Oh, no, Darling,”’ she said. ‘“I’d like the cha-cha-cha.”’