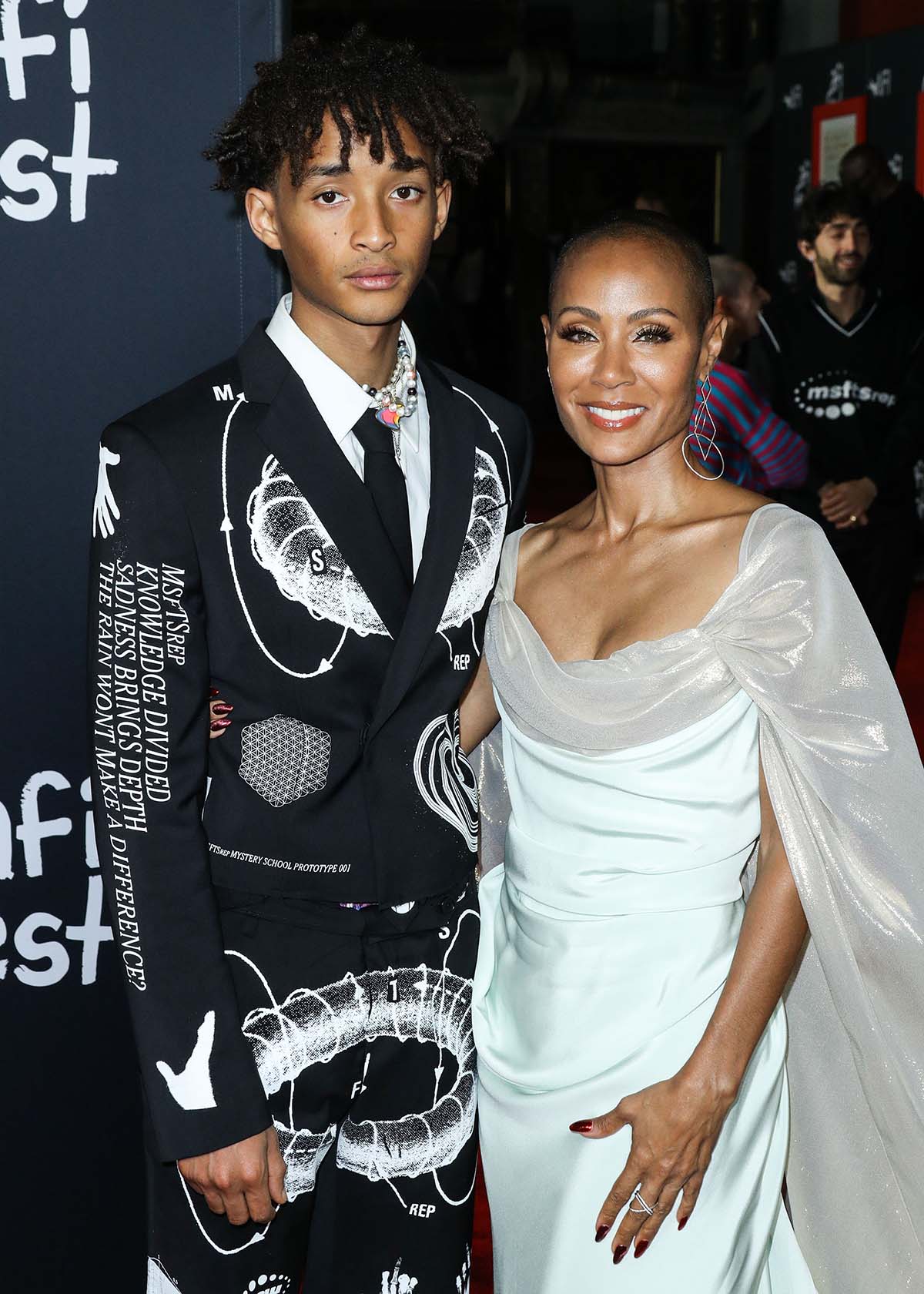 Mom, you’re embarrassing him! Jaden Smith has always had a difficult time with Jada Pinkett Smith’s desire to share all of the nuances of the family’s drama with the world.

“Jaden knows that his family is a little different and how open his mother is about their personal life — that has never been easy for him,” a source tells Us Weekly.

The Red Table Talk host, 50, has never shied away from airing out the family’s dirty laundry — particularly on her Facebook Watch series. In a July 2020 episode of the show, she famously admitted to having an “entanglement” with singer August Alsina amid time apart from her husband, Will Smith, whom she has been married to since 1997. The pair share Jaden and daughter Willow, 21. (The Fresh Prince of Bel-Air alum, 53, also has an older son, Trey, 29, from his first marriage to Sheree Zampino.)

“We were over,” the Scream 2 star told her husband about her relationship with Alsina, 29, on the show. “From there, as time went on, I got into a different kind of entanglement with August.”

Despite the discomfort the California native has endured thanks to his parents’ candidness, “at this point he is used to having his personal life on display and criticized at times,” the insider tells Us. (For his part, Jaden has brought himself to the Table before and even discussed his use of psychedelic drugs with his mom. He and his siblings will host their own episode of Red Table Talk in season 5 later this year.)

“He just wants to move past the Oscars slap,” the source explains of the moment at the 2022 Academy Awards that Will smacked Chris Rock across the face after the comedian, 57, made fun of Pinkett Smith’s shaved head. (The Gotham alum has been open about her hair loss due to alopecia.)

“[Jaden] doesn’t seem fazed at all anymore by his father’s outbursts,” the insider continues. “It was of course a shock in the beginning, but his father has always been the family’s rock and Jaden knows he was only protecting his mom.”

After the March 27 slap — and Will’s best actor win later that night — Jaden praised his dad via Twitter.

“And That’s How We Do It,” he wrote at the time, including a selfie. “My Dads Speech Made Me Cry.”

“There would never be a time where the kids’ turn their backs on their parents,” the source tells Us about the Smith kids.