Clare Balding, 51, who has royal connections through relatives who worked with the Queen, had been reminiscing over past moments spent with Her Majesty during an episode of This Morning. The BBC Sport presenter cringed with embarrassment after admitting she’d narrowly avoided hitting the Queen with her sausage at breakfast time.

As a monarch, it helps that she has a sense of humour!

Viewers looked on in astonishment as she confessed: “I was trying to cut my sausage long ways and it’s very slippery when you hold it like that.

“It could shoot and it did. It shot out towards the Queen!”

She added that the surprised royal matriarch had merely “raised an eyebrow” as the food went flying past.

“As a monarch, it helps that she has a sense of humour,” Clare exclaimed, going on to explain that the Queen had visited her home on numerous occasions when she was growing up. 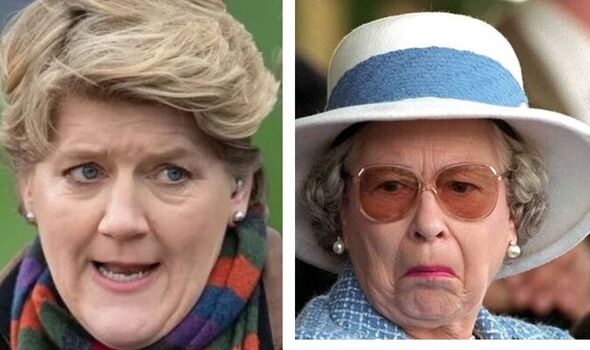 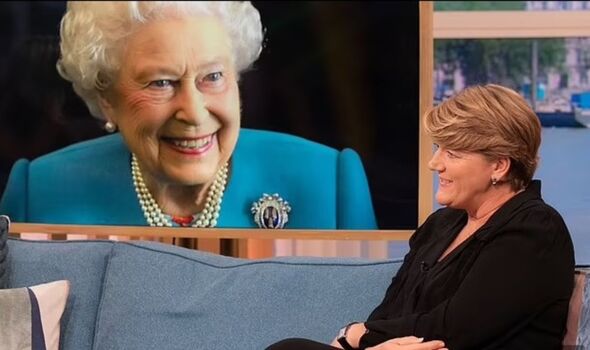 Her father Ian, her grandfather Peter Hasting-Bass, and her uncle, who is the 17th Earl of Huntingdon, had all served as trainers for the Queen’s troupe of horses.

Her Majesty had a passion for horse riding, even enjoying the pastime in her latter years, and she had a collection of race horses, so Clare’s relatives played an important part in her life.

Once a year, she would come to Clare’s family home to see the horses, but the star told how she wasn’t always informed by her father so she could be well-prepared for the visit.

“Sometimes he’d forget to tell us that The Queen was coming,” she smiled wryly in memory of the moments. 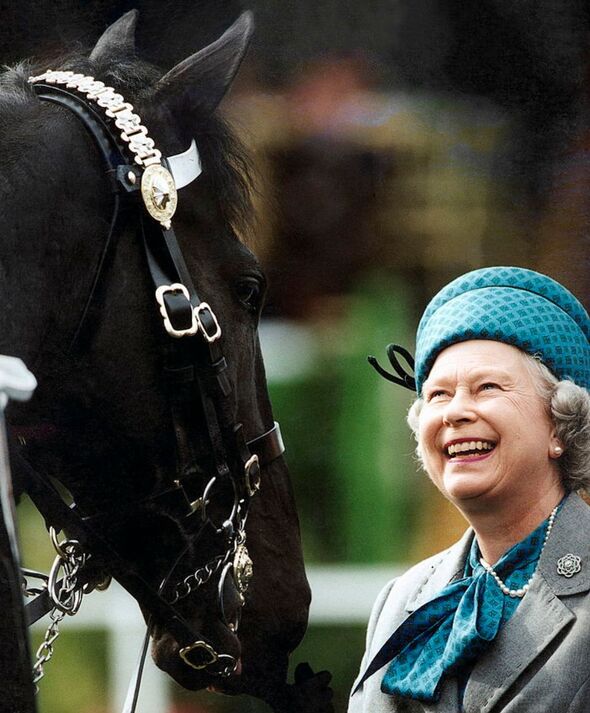 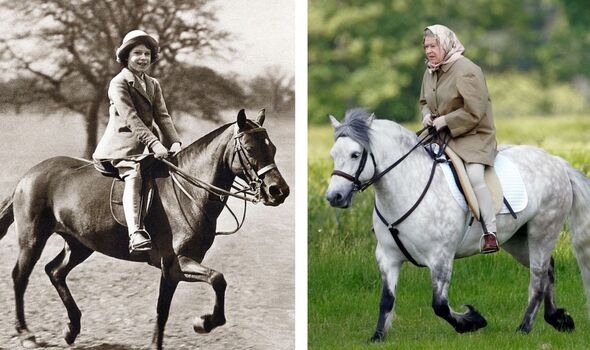 The BBC Sport host added: “She loved coming to the stables because it was the one place that didn’t smell of fresh paint, it smelt of horses, life carries on.”

The Queen’s love of horses began at age four, when her father King George gifted her with a pony.

Prior to her chat on ITV’s This Morning yesterday, Clare also discussed the Queen’s equestrian passion during an interview with Naga Munchetty on BBC Breakfast.

“Watching the horses on their gallops, meeting the grooms who worked with them every day, she had an amazing ability to remember… characteristics of her horses and generations that she bred,” she reminisced.

She added that she knew everyone who took care of her horses on a first name basis.

“If anything happened that was difficult, or bad news, they were her first thought.

“She loved her highland ponies, she was very supportive of the native breeds,” she elaborated, explaining that one of the attributes that made her perfect for working with animals is her calm nature.

“I think that is why horses responded so well to her, she was very gentle but certain in the movements that she made.

“You could hear her talking to horses and just the interest in them.

“She had cameras in the boxes so she could see foals being born onto her iPad or if the timing worked out to see them in person.”

The Queen died at her Balmoral estate last week, aged 96, and devotees have been queuing for hours to say a final goodbye at the scene of her coffin.

Her public funeral will be held on Monday September 19.