Chrissy Teigen shows off her newly-renovated Beverly Hills mansion after officially moving into the property months after purchasing it for $17.5M

Chrissy Teigen and her family have officially moved into the Beverly Hills mansion they have been busy renovating ever since removing it from the market last year for $17.5 million.

The cookbook queen, 35, posted photos of her luxurious, newly-renovated home to her Instagram account on Monday, which showed Chrissy relaxing inside her sophisticated, sun-drenched living room.

‘We just moved into our new home so my mother’s day is devoted to donations and organization, bar rescue and making focaccia! a dream! happy Mother’s Day, fellow moms. we survived,’ Chrissy tweeted Sunday. 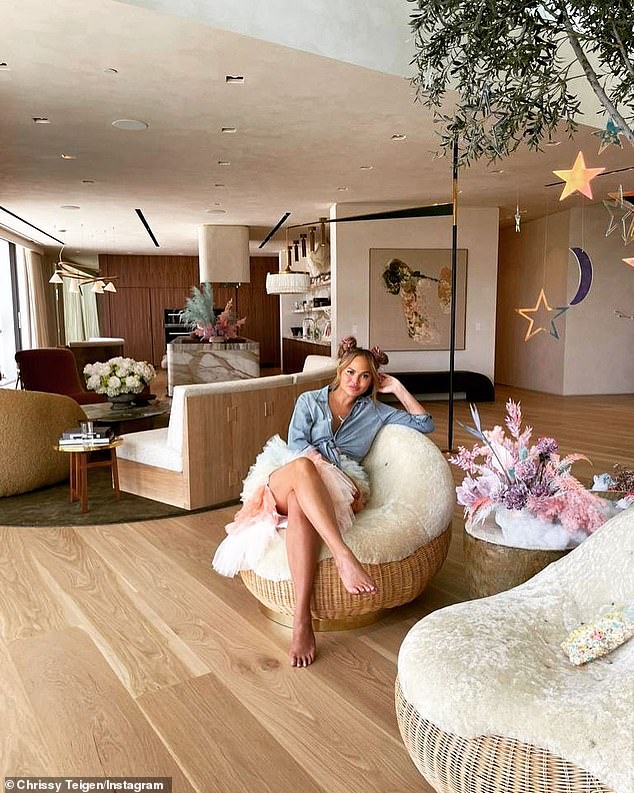 The luxurious accommodations included a jaw-dropping, marble infused kitchen perfect for Chrissy to work on her Cravings empire.

The massive countertop was flanked by chic stools and sat adjacent to a booth-style dinette table.

‘works in progress x 3,’ Chrissy captioned the photos of her sitting on the countertop beside interior designer Jake Arnold. ‘I love you,’ she added, tagging Arnold. 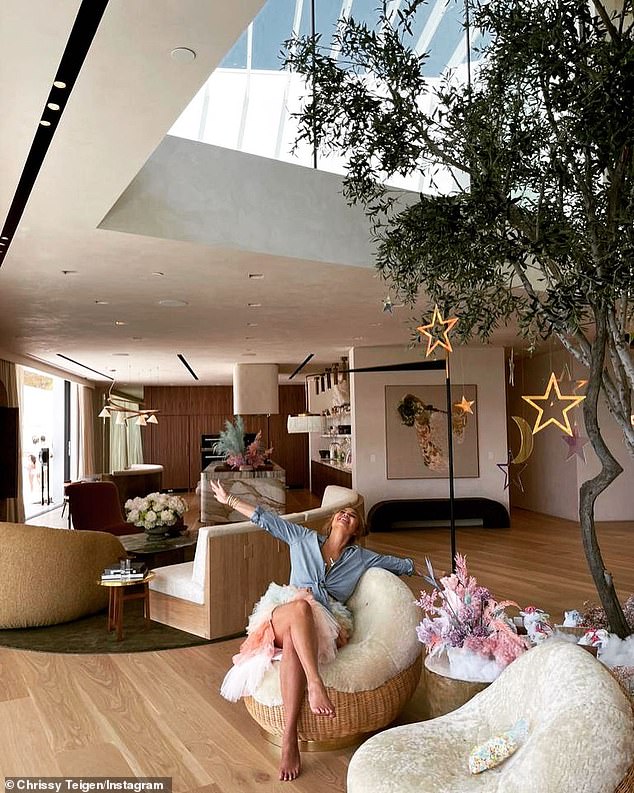 Sky’s the limit! Teigen relaxed beneath the massive skylight illuminating her living room 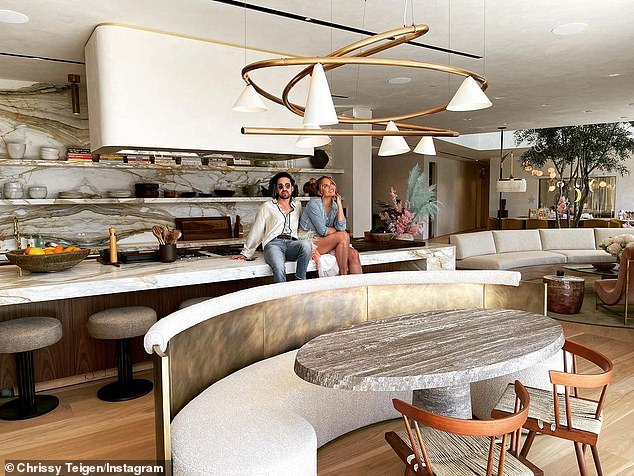 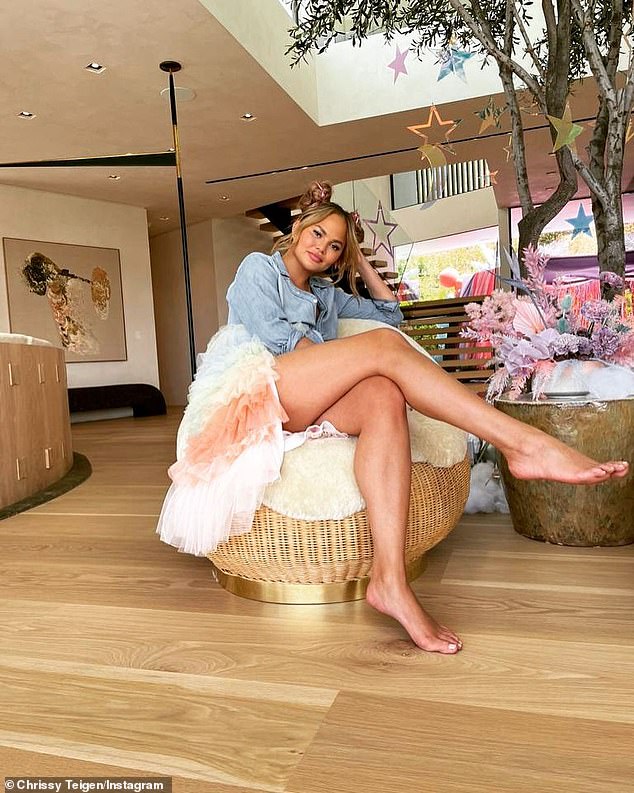 No days off: Teigen tweeted, ‘We just moved into our new home so my mother’s day is devoted to donations and organization, bar rescue and making focaccia!’

The spacious abode opened into the adjacent living room, which housed plush furniture and a tree decorated with plastic iridescent stars.

A staircase with glass railings connected the first and second floors of the house.

Stylish touches were scattered throughout the house, including bouquets of colorful florals, artwork hanging from the walls, and stylish lanterns.

Chrissy and her husband have been busy renovating the Beverly Hills home ever since purchasing it last year. 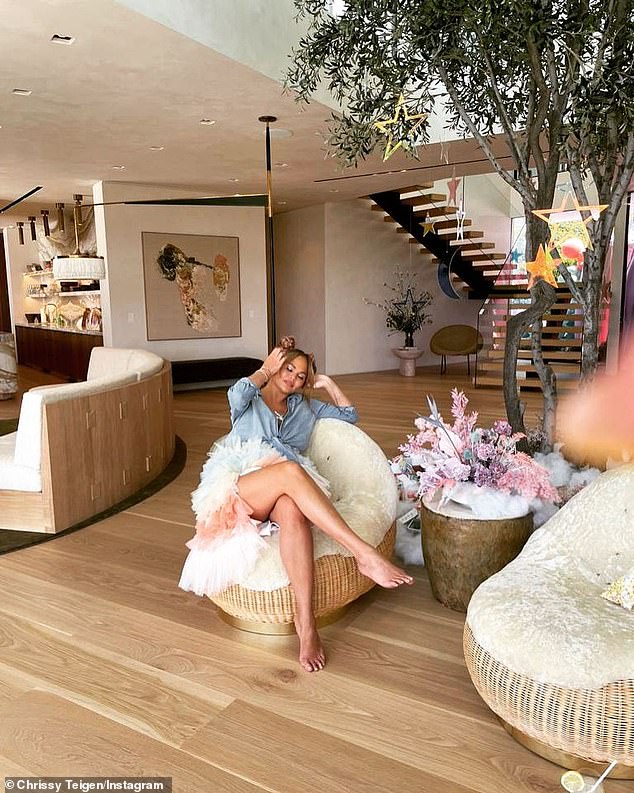 Ups and downs: A staircase with glass railings connected the first and second floors of the house 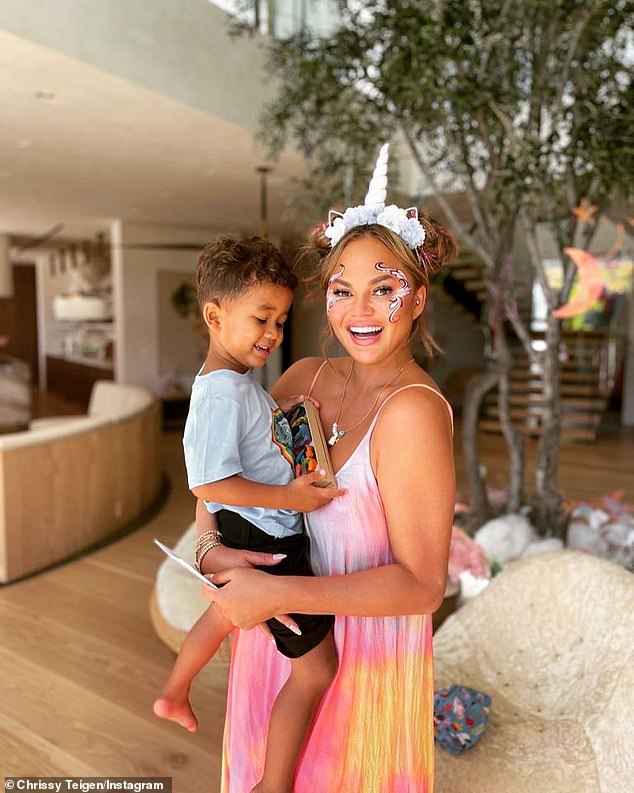 Aww: Teigen beamed with joy as she held her son Miles

All set! Chrissy and her husband have been busy renovating the six bedroom Beverly Hills home after purchasing it last year 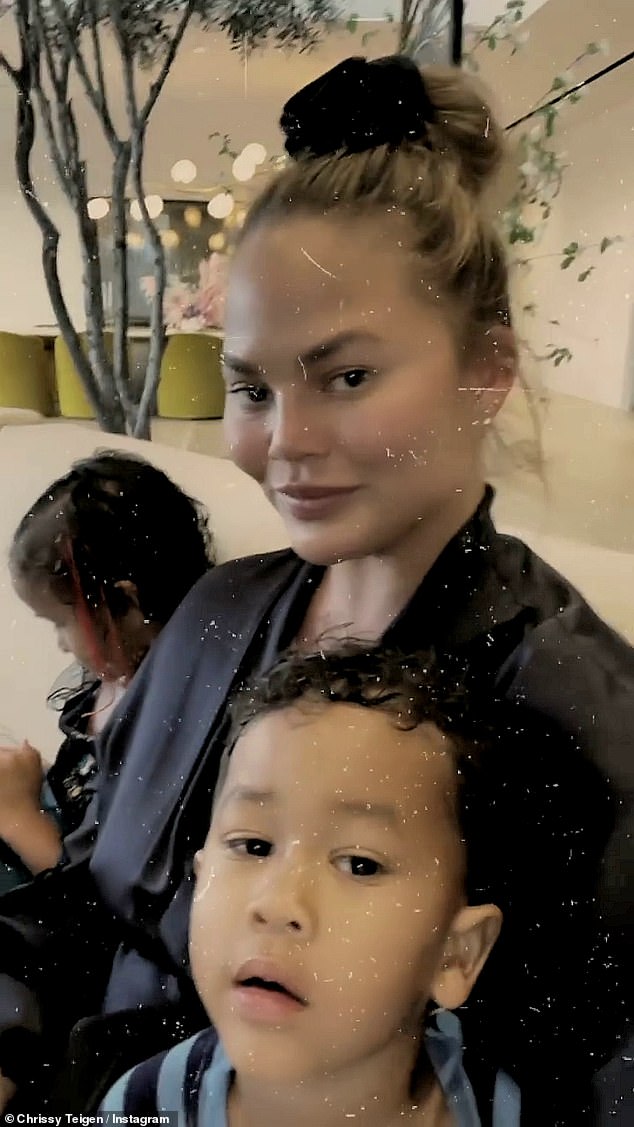 Getting settled: Teigen hung out with her children inside the new house

The newly-built mansion is in no shortage of luxurious amenities.

Earlier this year Chrissy gave fans a virtual tour of the house while it was still under construction.

Though the interior was nowhere near complete, that didn’t stop Chrissy from describing her vision of it.

‘This is going to be our kitchen,’ Chrissy said as she passed through the area. ‘Our, as in you and I, you and me are going to be cooking in here in the new future.’

‘This is the cosy living room, the family room I guess you would say,’ she added. ‘This is where you will see me being in the corner of the couch as usual. This is riveting stuff here.’ 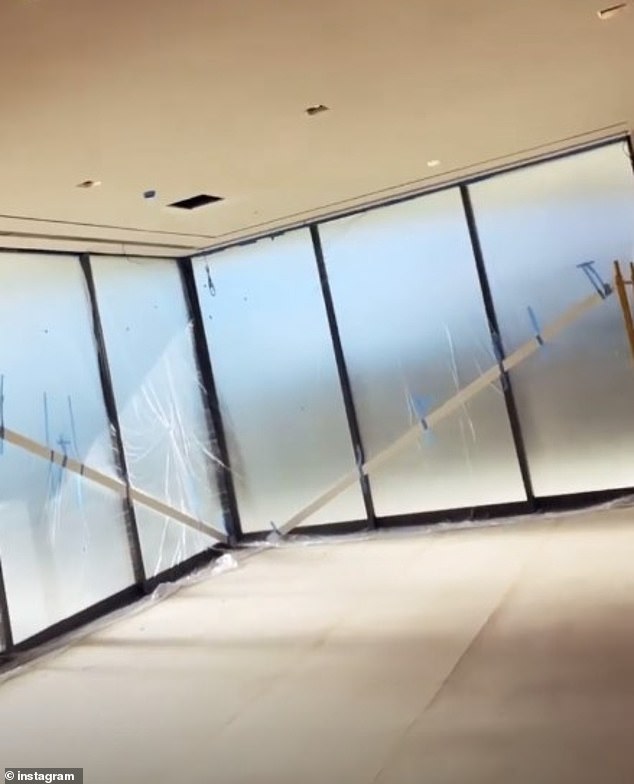 Picture it! Earlier this year Chrissy gave fans a virtual tour of the house, which was still under construction