Gwen Stefani, 51, and Blake Shelton, 44, are both dressed casually as they carry flowers after spending time with her family in Los Angeles

Gwen Stefani and Blake Shelton were spotted in Los Angeles on Sunday.

The engaged couple cut casual figures while spending time with the rest of the No Doubt frontwoman’s family as they collectively celebrated Mother’s Day.

The two singers were first romantically linked in 2015, went on to become engaged five years later, and are currently planning their upcoming nuptials. 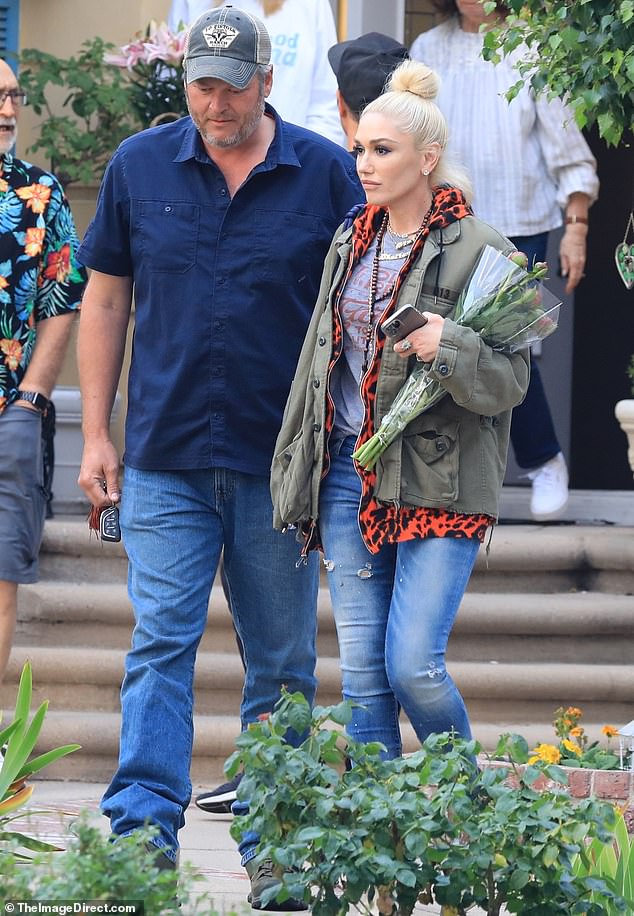 Better together: Gwen Stefani and Blake Shelton were spotted spending Mother’s Day with her family in Los Angeles on Sunday

Stefani opted to wear a dark green multi-pocket jacket on top of an orange leopard-print hoodie and a graphic-printed t-shirt during her shared outing.

The 51-year-old singer-songwriter paired her tops with a slightly distressed pair of blue jeans and fringed boots.

The Sunday Morning singer accessorized with several gold necklaces and kept her gorgeous platinum blonde hair tied up in a bun while spending time with her family.

Shelton, 44, opted for a much more pared-down clothing ensemble, as he wore a dark blue button-up shirt above a lighter pair of jeans, as well as a set of boots and a trucker cap. 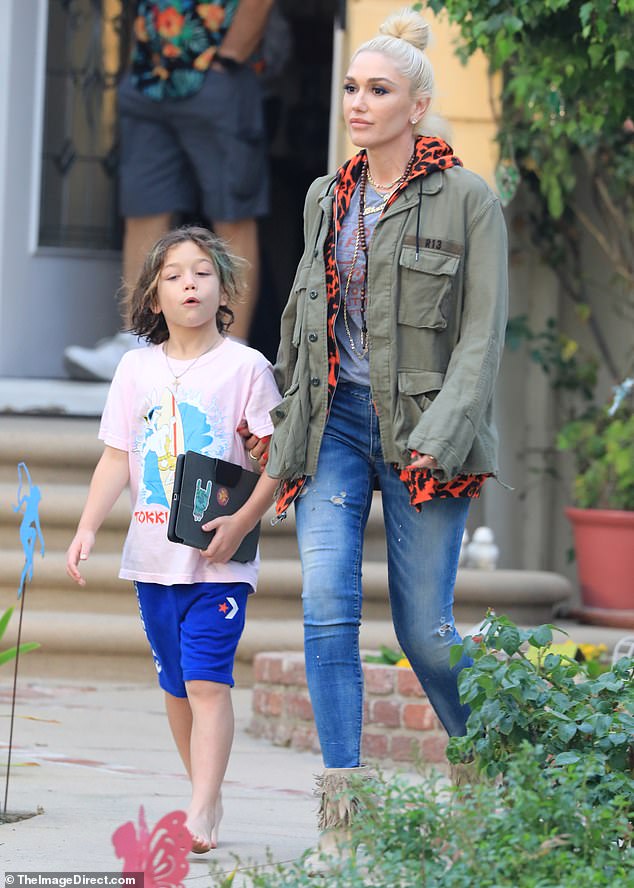 Keeping it casual: Stefani was dressed in a dark green jacket worn above a slightly distressed pair of blue jeans and a set of fringed boots

Comfy clothing: Shelton opted for a button-up shirt as well as pairs of jeans and boots while spending time with his fiancee’s family

The couple first met in 2014 when Stefani joined the cast of the hit singing competition series The Voice, which her fiance had already been involved with for several seasons.

Although the two became fast friends, the country star was going through a divorce with his second wife, Miranda Lambert, whom he married in 2011.

Prior to becoming involved with the Bring Me Down singer, Shelton was romantically linked to his longtime girlfriend, Kaynette Gern, until the end of their marriage in 2006.

Stefani was also previously married to Bush frontman Gavin Rossdale, with whom she tied the knot in 2002. 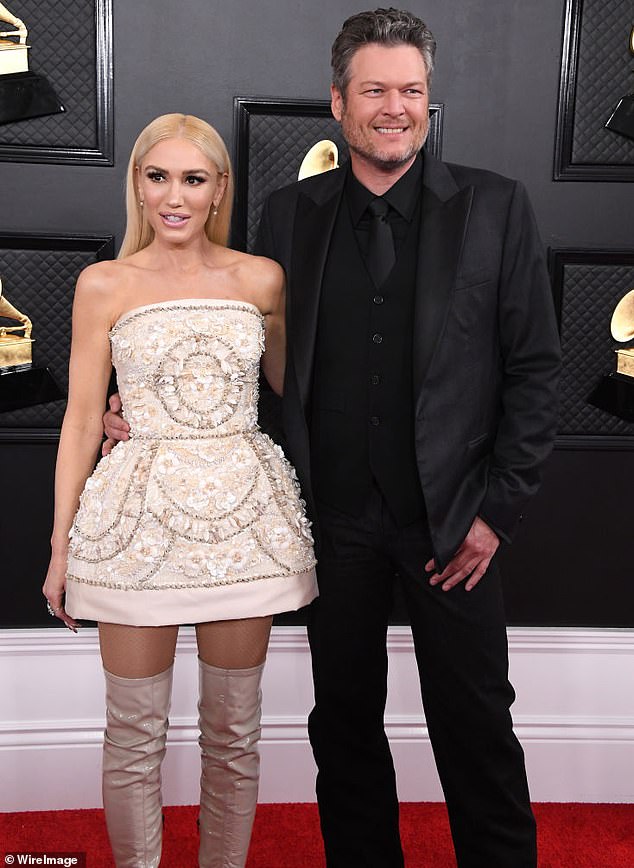 Unlikely couple: The musicians first met while working on the hit singing competition series The Voice; they are pictured at the 62nd Annual GRAMMY Awards in 2020

In August of 2015, the couple officially separated, and they went on to finalize their divorce the following year.

Following the ends of their respective marriages, Shelton and Stefani grew closer and were often spotted together at various events.

In November of 2015, the country artist’s representative confirmed that the pair was officially dating, and the Don’t Speak singer expressed that they bonded over their shared divorces. 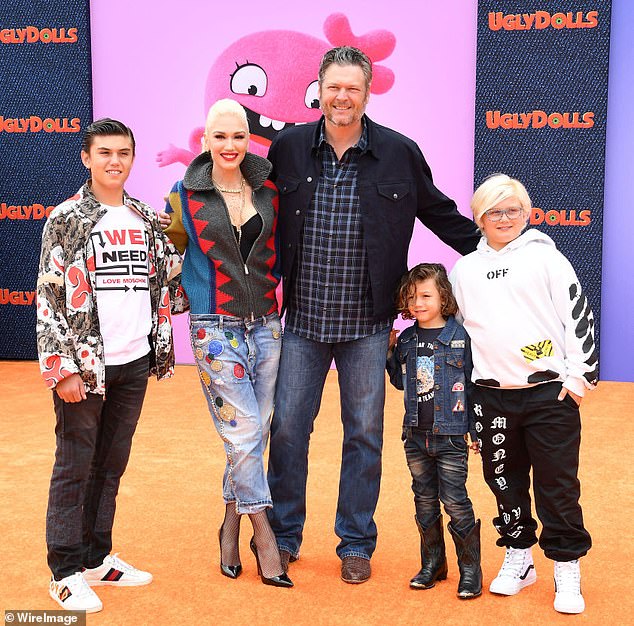 Shared experiences: The singers bonded over their past divorces while working together; they are seen with Stefani’s three sons at the 2019 premiere of UglyDolls

The two worked on their relationship over the next few years, with the country artist growing very close to his now-fiancee’s sons.

The couple fielded engagement rumors for an extended period of time before Shelton popped the question in October of last year, to which Stefani said yes.

During an interview with People, the Doin’ What She Likes singer spoke about how the public was still attempting to comprehend how he ended up in a relationship with the Cool singer.

He said, ‘People still can’t understand how this possibly happened. Like, “How can she possibly want to be with this guy? It has to have been like a mix up, right?”‘