‘Life has only just begun!’ Carol Vorderman celebrates her 60th birthday in sizzling style as she shares throwback snap of herself posing in a VERY skimpy bikini

Carol Vorderman celebrated her 60th birthday in memorable style on Thursday, when she shared a throwback snap of herself posing in a skimpy bikini.

In the image, the mathematical whizz is seen putting on a busty display as she relaxed on board a boat during one of her sunny getaways.

And in an accompanying caption, the star explained on Twitter and Instagram that the snap marked the start of her 50s, and was chosen because it was sent to space. 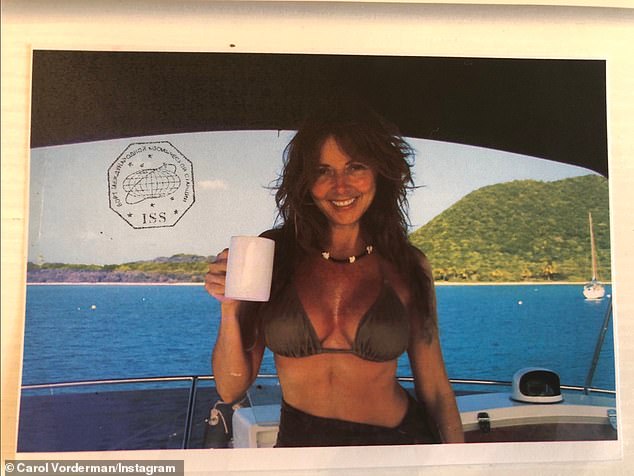 Sizzling: Carol Vorderman celebrated her 60th birthday in memorable style on Thursday, when she shared a throwback snap of herself posing in a skimpy bikini

She jokingly wished herself a happy ’37th birthday’, before continuing: ‘I’ve LOVED my 50s. They started with an astronaut friend taking this photo up to the Space Station so I could “sunbathe in space”, (she hasn’t named the astronaut).

Carol famously joined the board of directors at NASA’s Challenger Centre for Space Science Education in 2015.

‘The rest of the years have been equally absurd… I’m the luckiest woman on earth. Life has only just begun! Bring it on. #LovedAndLoving #ThankyouYouKnowWhoYouAre.’

Within minutes of the former Countdown star uploading the sizzling images, she was inundated with a stream of well-wishes, including from celebrity pals. 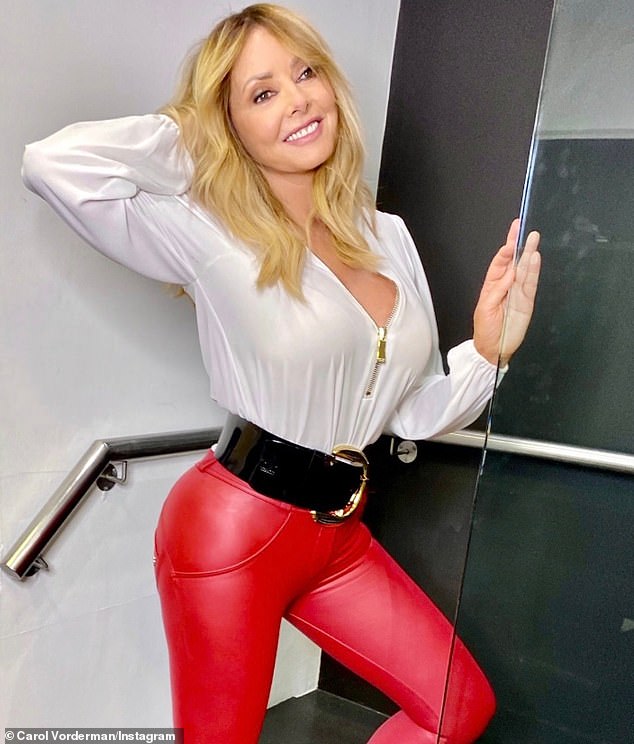 Great body of work: Over the years, the star has been praised for her jaw-dropping curves

Carol’s birthday post came days after she show showcased her sensational figure in a plunging bodycon dress in a series of throwback snaps at the Principality Stadium in Wales.

The star displayed her toned physique as she recalled her Japanese-inspired dinner alongside the Wales Rugby World Cup team last year.

Carol styled her blonde tresses in a loose wave and enhanced her visage with a slick of make-up. 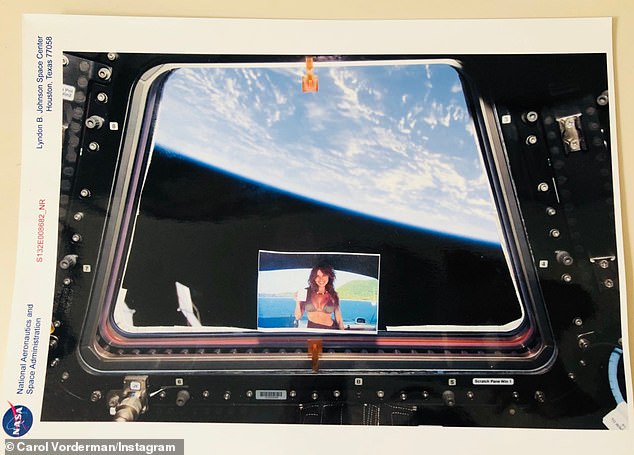 Out of this world! In an accompanying caption, the star explained on Twitter and Instagram that the snap marked the start of her 50s, and was chosen because it was sent to space by an astronaut friend 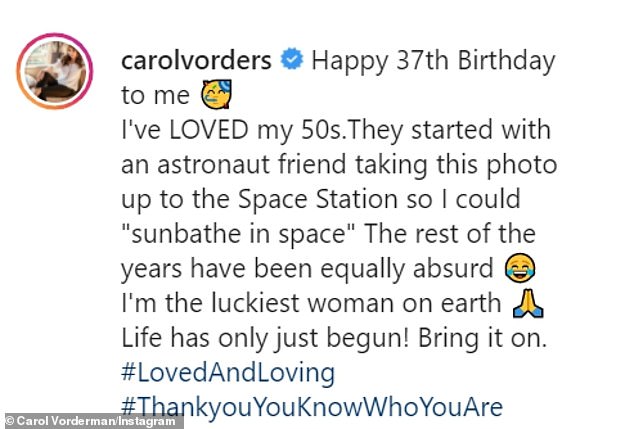 The TV presenter wrapped up in a textured cream jacket as she posed for another photo alongside rugby player, Josh Navidi.

In an accompanying caption, she penned: ‘Having a bit of a trawl through pics of the last year….The BEFORE shots…..at the Road To Japan dinner at @principalitysta last September to send our Wales team off to the……[email protected]’

Carol recently made a cheeky admission about her love life, revealing she has ‘special friends’ as she vowed she would never marry again in an exclusive interview with MailOnline. 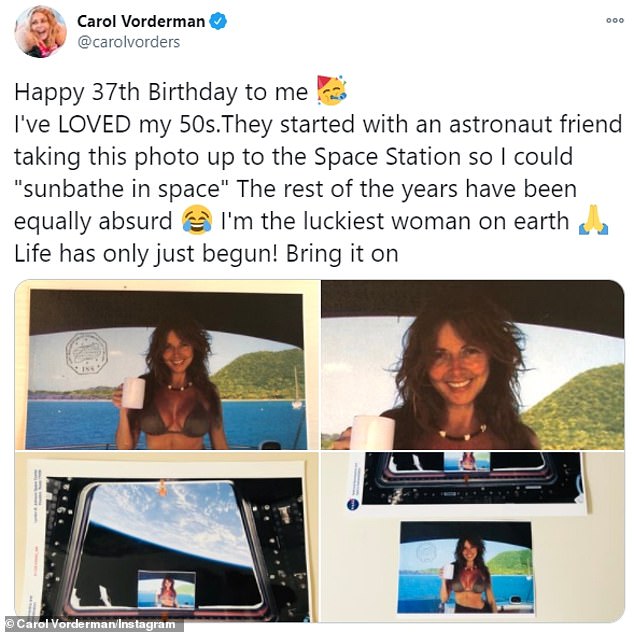 besh wishes: Celebrity pals Piers Morgan and Melanie Sykes were among the first to wish the star a happy birthday as she marked her milestone day

When asked about her love life, the TV host said: ‘I’m very happy, I have no complaints. I am not dating anyone, I have special friends. Special friends. Plural.’

Carol was last known to be in a relationship with Red Arrows pilot Graham Duff, with their romance lasting from 2012-2016.

The Cambridge-educated star has won legions of fans since her career began on Channel 4’s Countdown in 1982, and always wows with her age-defying looks and stunning figure. 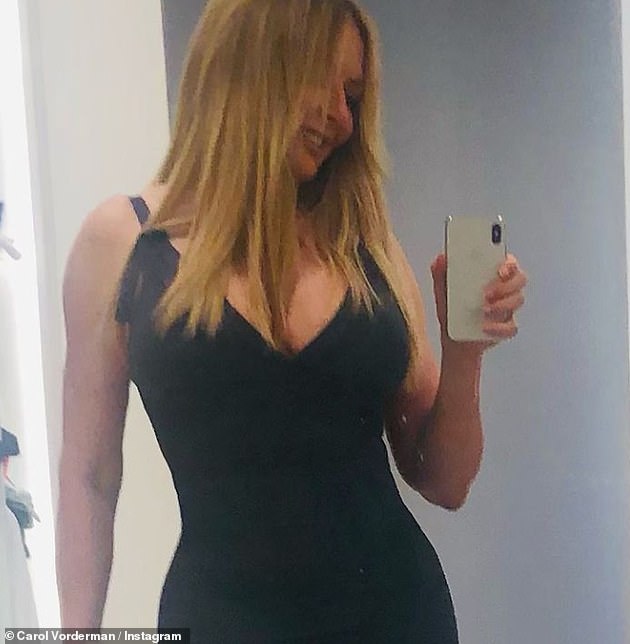 Turn heads: Last week, Carol showcased her sensational figure in a plunging dress in a series of throwback snaps from a dinner with the Wales Rugby World Cup team

Speaking about growing more confident with age, Carol said: ‘Young women beat themselves up about being perfect and there is no such thing.

‘They compare themselves. And you get to an age where you go “just enjoy it, smile and enjoy it”.

‘I do keep fit though, I started with a new trainer, a rugby captain in Wales and we have a good laugh. He’s pushing me harder now with weights. It’s the weights you need as you get older because I’m quite happy with my body weight.

‘I don’t actually know what I weigh but I’m happy, I don’t need to go on a diet or anything like that. 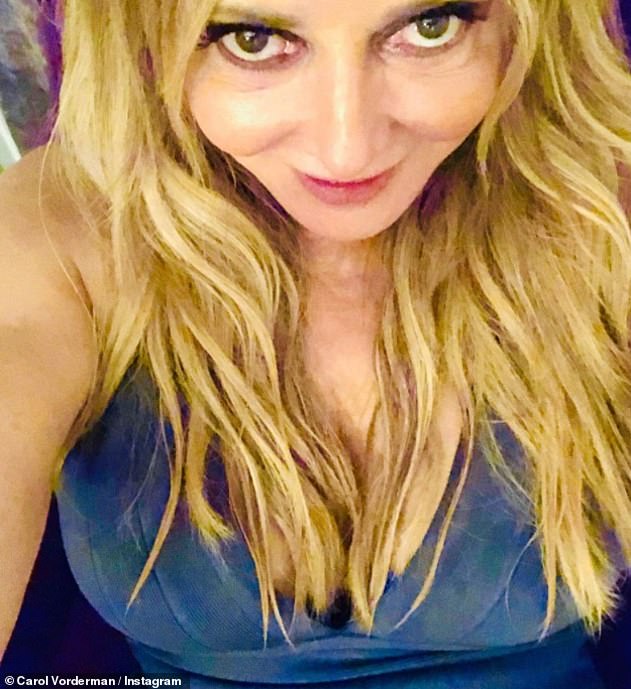 Sizzling: The former Countdown presenter displayed her toned physique on Wednesday as she recalled her swanky Japanese-inspired meal at the Principality Stadium last year

She concluded: ‘As you get older, you lose muscle mass and I’m now actively building muscle and I enjoy it. I do what I want to do and I’m not harming anybody, I’m just cracking on with being alive.’

The radio host is mother to daughter Katie, 29, and son Cameron, 23, from her second marriage to Patrick.

Carol recently said she is looking forward to living alone for the first time in many years as Cameron flies the nest for his Master’s Degree.

Speaking of her new home set-up, she said: I’m having a great time, I really love my life’. 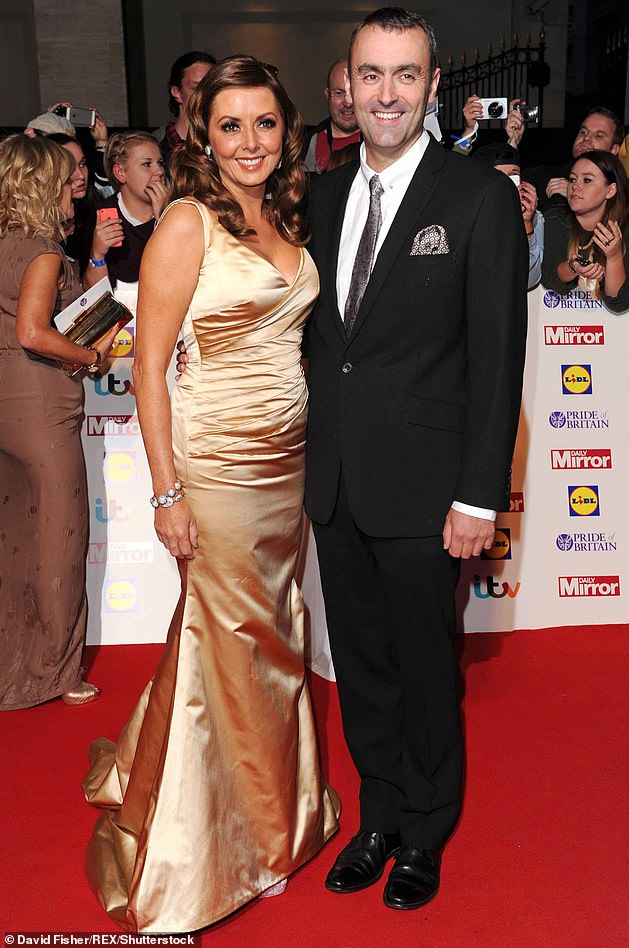 Former flame: Carol was last known to be in a relationship with Red Arrows pilot Graham Duff, with their romance lasting from 2012-2016 (pictured in 2013)