The first time Eduardo Sampaio saw an octopus wind up and punch a fish, “I burst out laughing,” he said. That was a problem because he was scuba diving in the Red Sea and nearly choked on his diving regulator.

While an octopus curling one of its arms and explosively releasing it into a fish that gets too close has been seen before, the context was new. The octopus Mr. Sampaio observed was hunting for food alongside other marine creatures, and this was the first time anyone had seen an octopus haymaker thrown during such behavior.

Mr. Sampaio and his co-authors published their observations of several octopus bullies last week in Ecology. They hope their research will help reveal the dynamics among these animal groups, which may balance their competing interests through subtle — and less subtle — negotiations.

Octopuses are known as solitary predators. But sometimes, an octopus participates in an undersea hunting party, traveling with fish of several species that are also looking for a meal. Studying this activity is part of Mr. Sampaio’s doctoral research at the University of Lisbon in Portugal and the Max Planck Institute of Animal Behavior in Germany.

Although the animals hunt together, Mr. Sampaio is careful not to call it cooperation. The group mechanics aren’t well understood, but the animals seem to do different jobs. While an octopus probes rock and coral crevices, certain fish may patrol the seafloor, and others may wait in the water above. Some fish may just be moochers.

But in other cases, fish may work together more directly with octopuses. Researchers have seen groupers and coral trout, when their prey hides in a crevice, do a shimmying headstand over the spot. This headstand seems to signal partners, including moray eels or octopuses, which then come over and use their flexible bodies to flush out the prey.

In these hunts, Mr. Sampaio said, “It is beneficial for both the fish and the octopus that the partner is there.”

Sometimes, though, the octopus would like a partner to be a bit farther away. That’s when it delivers a sucker punch. 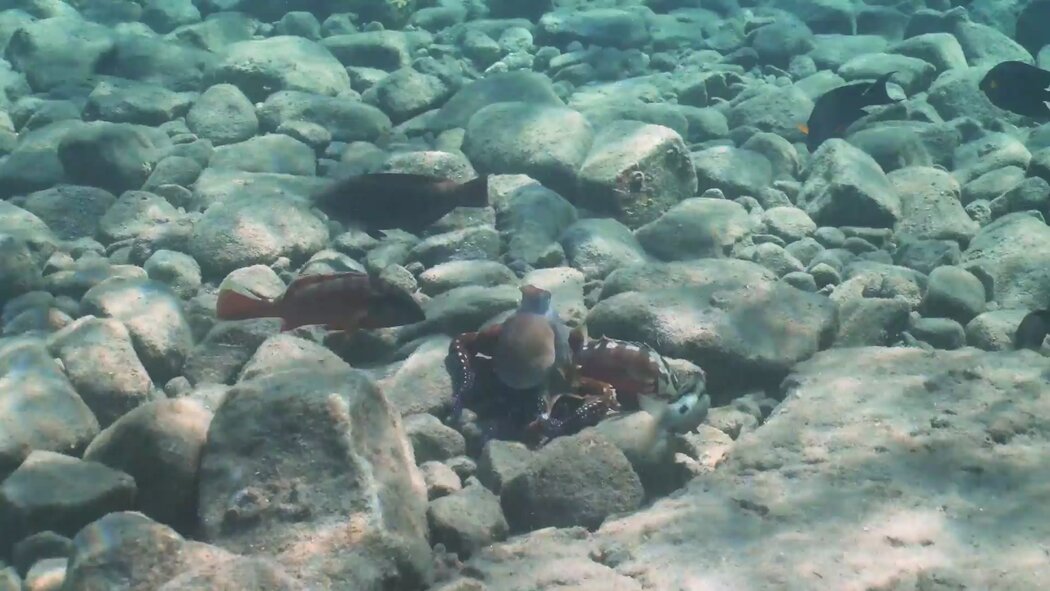 These punches aren’t common, Mr. Sampaio says. He recorded about eight examples during three months of dives in the Red Sea.

In some cases, there was a clear reason for the aggression. An octopus knocked a fish out of the way so it could grab prey. At other times, it wasn’t immediately clear what a fish had done to deserve a wallop.

Maybe launching a fish to the periphery of the hunting group teaches it a lesson, like not to steal from the octopus. Another possibility is that the punching may be a learned response.

“The simplest explanation here is that the octopuses might have negatively associated losing a prey item with having a fish follow them around,” said Alexandra Schnell, a comparative psychologist at the University of Cambridge who studies cephalopod intelligence and wasn’t involved in the research.

She also said she wasn’t convinced that the octopuses and reef fish were working together during these multispecies hunts.

“There is no doubt that this is wonderful footage,” Dr. Schnell said, but what’s visible to the human eye in the Red Sea videos “is only one piece of the puzzle.”

Mr. Sampaio is doing more analysis of those videos now. Like a forensic scientist reconstructing a crime scene, he is building 3-D models of how all the animals move within a hunting group. He wants to learn more about the network of interactions: Who’s leading and who’s following? Where does the octopus look for information? And does a well-placed punch change the behavior of a fish?

Whether or not a fish gets the message, Mr. Sampaio says he doesn’t think octopuses punch at random. That’s because animals tend not to mess around when food is at stake. “Their main drive is to eat,” he said. “So when that comes into play, the gloves come off.” 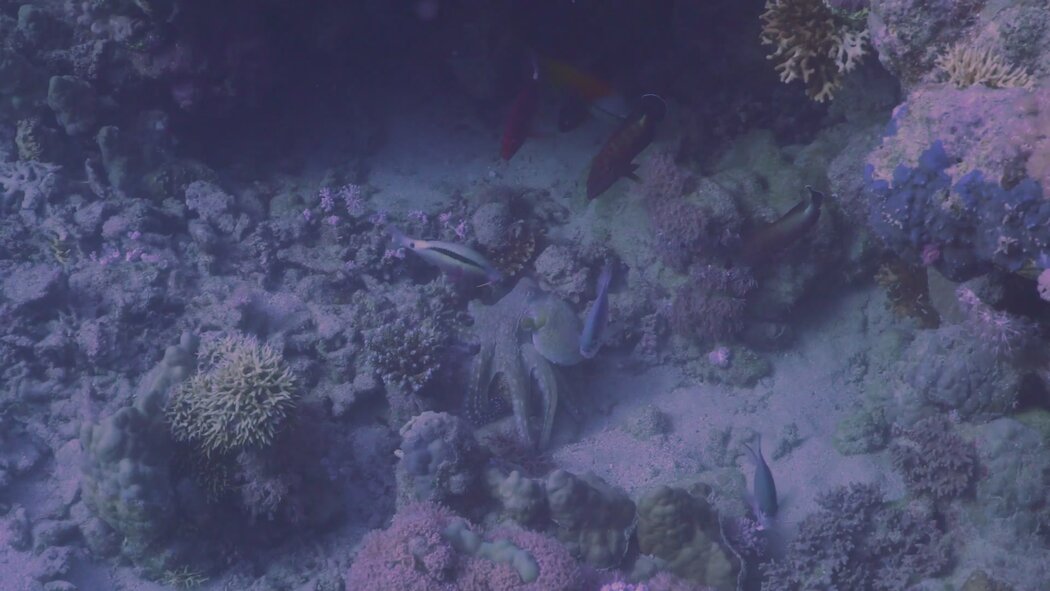