‘He’s recovered well’: Coronation Street star Bill Roache, 88, forced to take time off after successfully battling Covid and plans his return to the cobbles ‘as soon as possible’

Coronation Street legend Bill Roache has been taking time away from the cobbles after testing positive for coronavirus.

The veteran actor, 88, has recovered well and has said he is looking forward to returning to the long-running soap as soon as possible.

A spokesperson said: ‘Following recent reports about his health, William Roache has asked us to clarify that he took time off work after testing positive for Covid.

‘He has recovered well and is looking forward to returning to the cobbles as soon as possible.’ 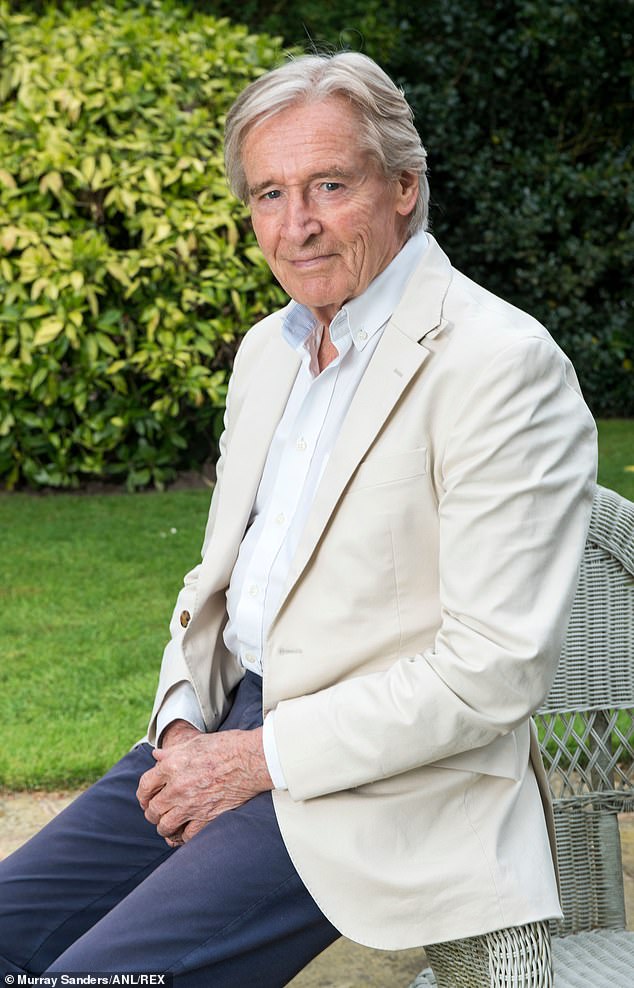 Recovering: Coronation Street legend Bill Roache is taking time away from the Cobbles after testing positive for coronavirus

MailOnline understands that due to the way the show is scripted there can be a lag between actors leaving the show and when they return if they are written out.

While scripts for Bill are still being produced the soap is also currently limiting filming time with the more elderly cast during the pandemic.

Bill, who plays Ken Barlow, is the only remaining character who still appears on the show since it first began in 1960.

During his time on the ITV programme, Ken has been married four times to three different women, as well as being embroiled in several love affairs. 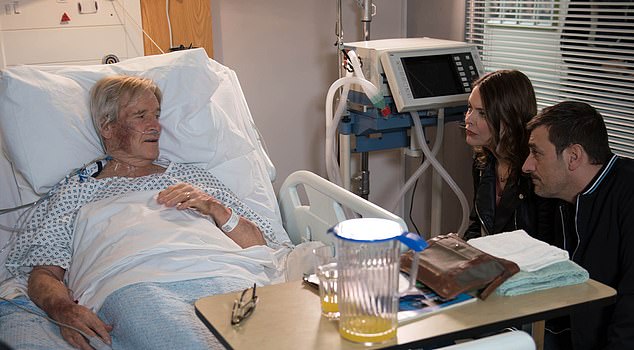 Long-standing star: The veteran actor, 88, has recovered well and has said he is looking forward to returning to the long-running soap as soon as possible (pictured on Coronation Street in 2017)

He was also involved in a long-standing feud with arch rival Mike Baldwin, who was played by the late Johnny Briggs until in 2006.

Bill previously told how he wants to say on the soap as long as possible, and insisted at its 60th anniversary: ‘While I can do it and they want me, I will be there.

‘Retirement is not on the radar at all. I have no plans for that.

‘I don’t even like to think about how they’d write Ken out if I did leave. Because hopefully that is never going to happen.’ 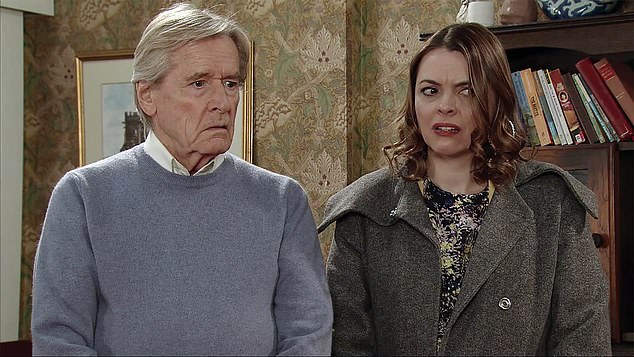 A spokesperson for Bill, said: ‘Following recent reports about his health, William Roache has asked us to clarify that he took time off work after testing positive for Covid’ (pictured 2017)

In November last year, Bill admitted that he believes he is getting younger every year due to thinking positively.

Bill told The Sun: ‘I’m getting younger every day. A lot of it is just belief.

‘It’s a collective consciousness, ”Oh I am too old for this”. It’s all in the mind. I wasn’t joking when I said I was getting younger every year. 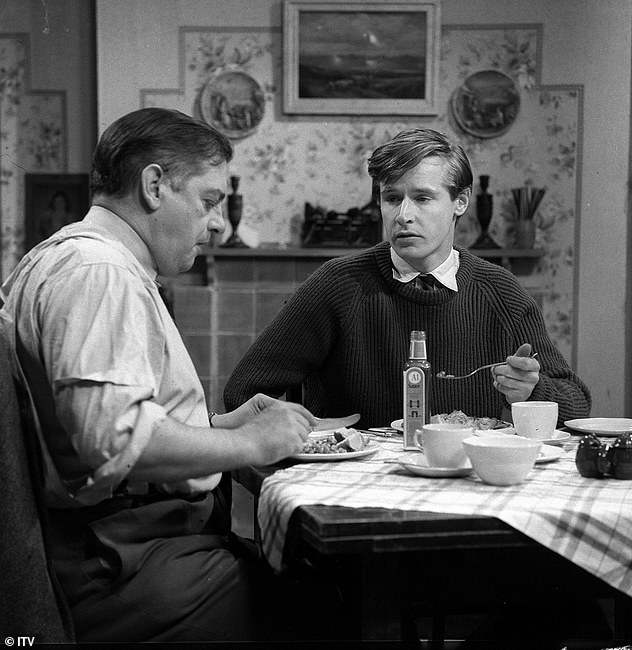 Way back when: ‘If you think positively, your cells will renew themselves all the time. If you go down, the renewal process will go down,’ he told The Sun

In January filming on Coronation Street was suspended for two weeks ‘as a consequence of the coronavirus pandemic’.

ITV bosses have made the decision to halt shooting on Corrie so the cast and crew could have a short break due to the pressures of filming during the Covid crisis.

Several scenes for Coronation Street were rewritten to accommodate the break, in a bid to keep the storylines creative going forward. 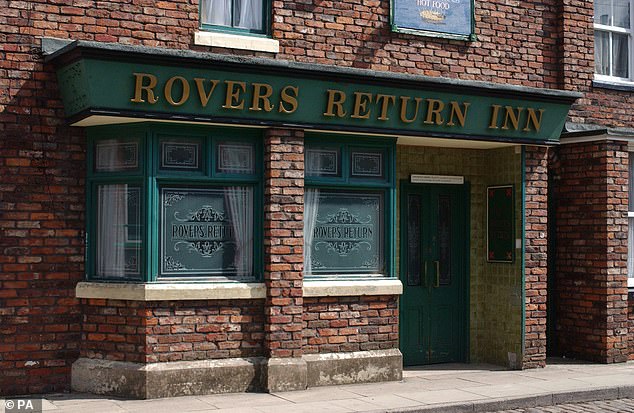 Halted: Filming on Coronation Street was suspended for two weeks ‘as a consequence of the coronavirus pandemic’ in January

An ITV spokersperson told MailOnline: ‘Coronation Street will pause filming from next Monday, 25 January for two weeks to undertake some rewriting of stories and scripts as a consequence of the coronavirus pandemic.

‘We will also be taking the opportunity to review all health and safety requirements to ensure we continue to provide a safe working environment for the cast, crew and production team.

‘This pause in filming won’t affect our ability to deliver six episodes of Coronation Street each week.’ 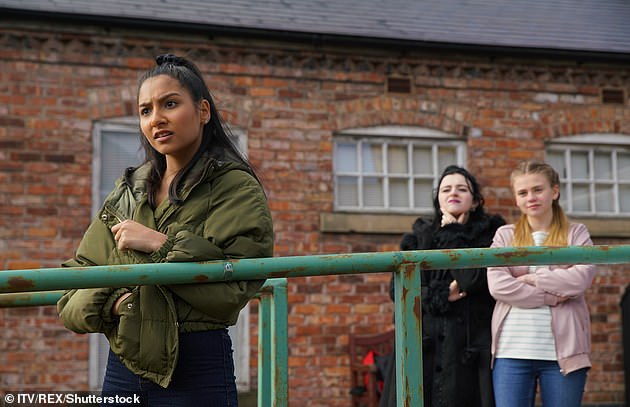 Shows: At the start of the pandemic last year, shooting was halted and the transmission schedule was reduced to ensure episodes could air until filming resumed

At the start of the pandemic last year, shooting was halted on the soap the transmission schedule was reduced to ensure episodes could continue to air until filming resumed with new health and safety measures in place.

Following the unprecedented break for the soaps, Coronation Street went back into production in June with strict social distancing employed and testing.

They are now airing six episodes a week after previously showing three throughout the first lockdown. 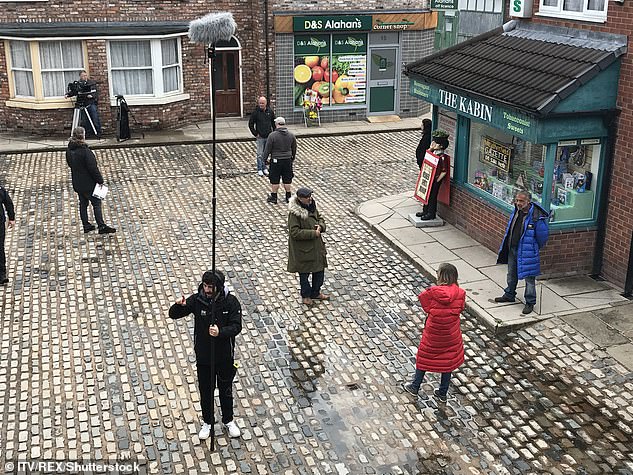 Coronation Street, EastEnders and Emmerdale have previously confirmed that filming wouldn’t be affected by the government’s third COVID-19 lockdown.

The soaps confirmed production will continue despite the introduction of new restrictions, after resuming filming with strict social measures over the summer.

An EastEnders representative told MailOnline: ‘In accordance with the government guidelines, EastEnders will continue filming during lockdown.

‘Production will continue to strictly adhere to the social distancing and safety measures in place.’ 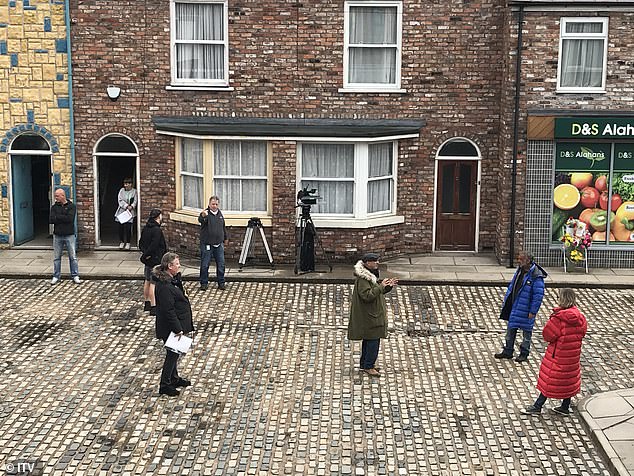 The new normal: All of the UK’s biggest soaps were forced to suspend production in March, and gradually resumed filming over the summer (Corrie filming pictured)

An ITV spokesperson also confirmed to MailOnline that both Coronation Street and Emmerdale are ‘continuing to film in accordance with government guidelines.’

This is mainly due to sets have strict social distancing and testing measures in place, making them far safer then during the first lockdown in March.

He tweeted: ‘For the arts/creative sectors, this means you should work from home unless you can’t – exemptions include for training and rehearsal of performances, recording studios and film & TV production.’ 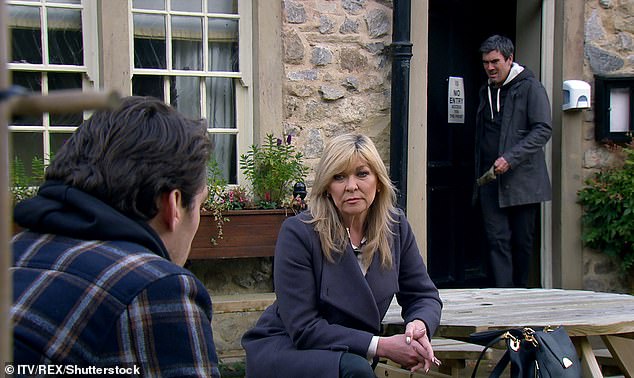 Business as usual: The soaps confirmed production would continue despite the introduction of new restrictions, after resuming filming with strict social measures (Emmerdale pictured)

Emmerdale was the first to resume filming in May with a series of lockdown-themed episodes, while Corrie stars returned to set in June.

This meant both ITV soaps were able to continue airing without a gap in the television schedule, and have both since returned to airing six episodes a week.

Cast members also have their temperature checked and are ordered to regularly sanitise their hands during filming.

EastEnders was forced to take a three-month break from screens due to the delay in filming, and since returning in September has aired four times a week, with shortened episodes.

Hollyoaks resumed filming in July, after cutting down to just two episodes a week, and after going off-air that month returned in September, airing four episodes a week.