Paul Gascoigne, 53, flexes his muscles as the heavily tattooed football legend strips down to a pair of skimpy beach shorts on Italy’s Honduras based I’m A Celeb

The fog on the Tyne appeared to be a long way off as Paul Gascoigne flexed his muscles while participating in Italian reality show Island Of The Famous.

The former Newcastle United and England footballer is currently in Honduras after jetting to the Central Americas country for an appearance on the endurance based TV series – Italy’s version of the globally syndicated I’m A Celebrity… Get Me Out Of Here!

And he appeared to be in fine form on Wednesday while stripping down to a pair of skimpy beach shorts and showing off his heavily tattooed physique. 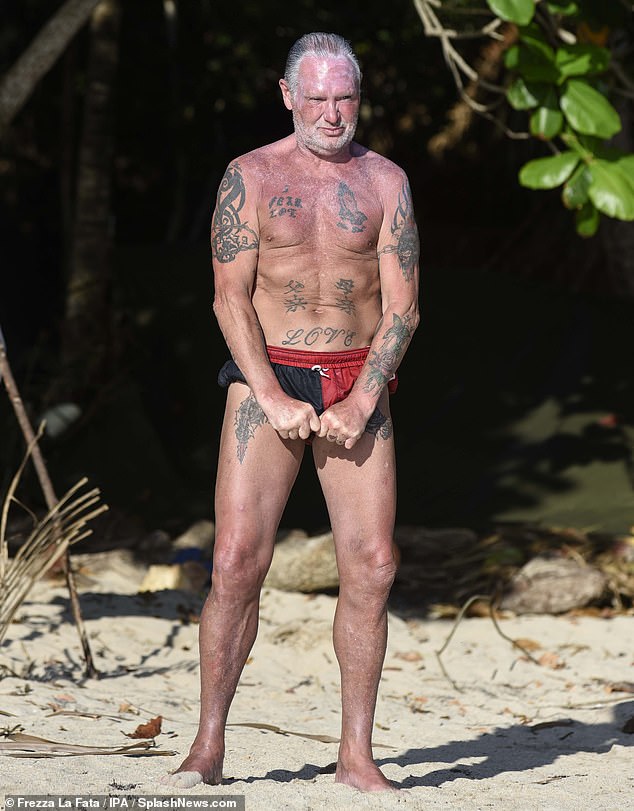 Here we go: The fog on the Tyne appeared to be a long way off as Paul Gascoigne flexed his muscles while participating in Italian reality show Island Of The Famous

The much-loved star, 53, has been working out on a daily basis after joining an assortment of Italian celebrities on the Honduran island of Cayos Cochinos.

With temperatures soaring, Gazza – a popular figure in Italy thanks to his three-year spell with Rome based football club Lazio – looked bronzed as he got his latest day on the show off to a positive start.

The former footballer was later seen holding court with Italian actresses Francesca Lodo and Valentina Persia as they relaxed in the shade, before making himself useful by working on a home-made fishing line. 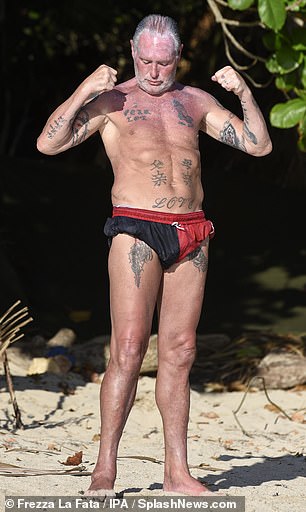 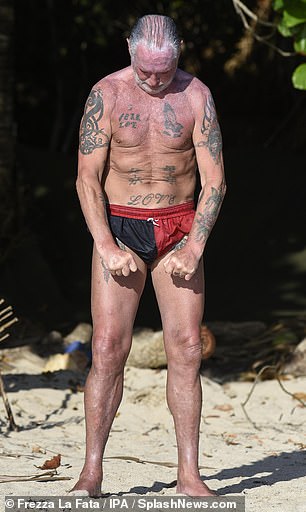 Getting involved: The former Newcastle United footballer is currently in Honduras after jetting to the country for an appearance on Italy’s version of I’m A Celebrity… Get Me Out Of Here! 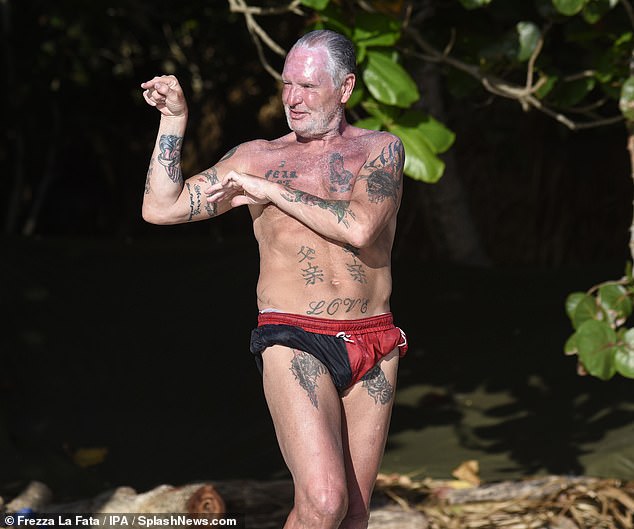 Karate kid: Gazza appeared to be in fine form on Wednesday while showing off his heavily tattooed physique

In a new interview, Paul’s sister Anna, 54, Anna revealed the football legend vows to win Italy’s I’m A Celeb in honour of his late nephew and will donate the show’s £50,000 prize money to his mental health charity.

She also credited him for saving her life after her son Jay passed away aged 22 from an accidental self-medicated drug overdose in April 2016.

The charity worker said: ‘I was calm and methodical – I wrote my will and put in a letter what I wanted for my funeral.

‘Paul has spoken of his own battles and I was suicidal after Jay died. Paul and our mum pulled me back from the brink.’ 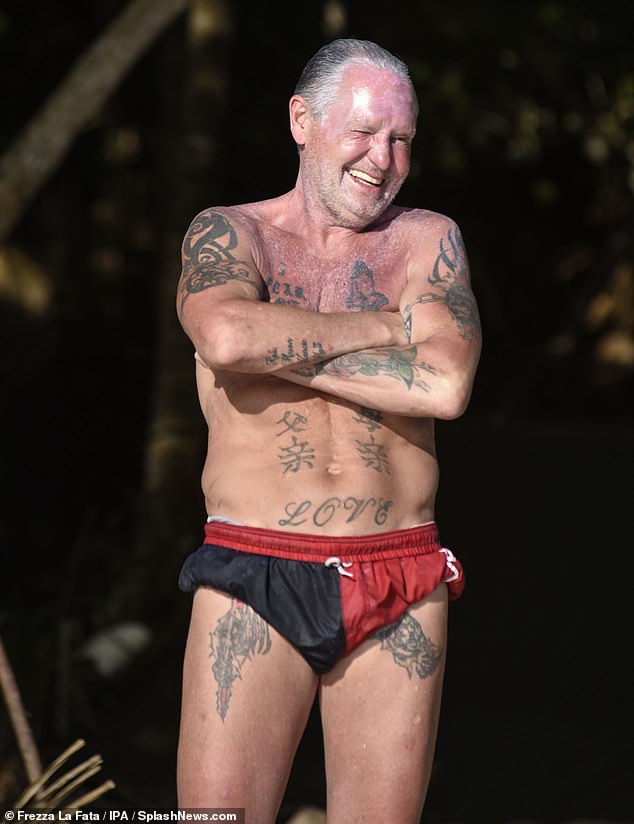 Upbeat: As always the England legend was in high spirits as he soaked up the sun on the Honduran island of Cayos Cochinos 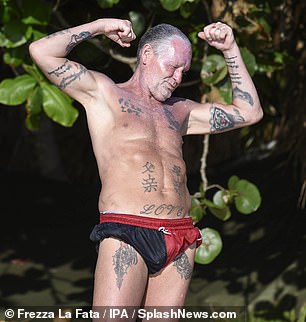 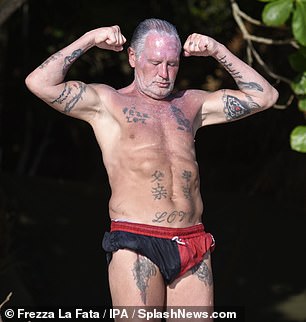 Looking good: Gazza – a popular figure in Italy thanks to his three-year spell with Rome based football club Lazio – looked bronzed as he got his latest day on the show off to a positive start 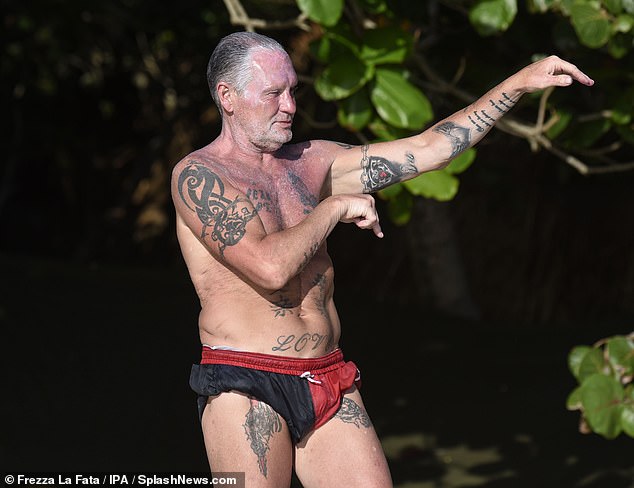 Unusual: The former footballer showed off some unconventional moves as he flexed his muscles on Wednesday

Gazza’s older sibling recalled how she wanted to ‘look after’ Jay and insisted on ensuring her 25-year-old daughter ‘would be fine’.

Anna said she was ‘stopped’ from taking her life after the ex-sports manager pointed out that Harley ‘wouldn’t be far behind her’, following the loss of her brother, as well as her grandfather John – who died from cancer two years later.

The mental health campaigner told The Sun on Sunday: ‘When Jay died, my life had become like a nuclear winter. The loss you feel when a child dies needlessly cannot be put into words. [Then] losing dad, after everything else, was the cruellest blow.’ 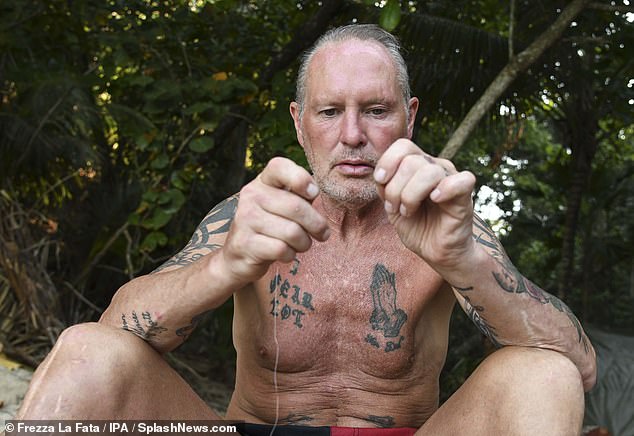 Handy: Gazza was seen making a fishing line as the group endeavored to catch some food 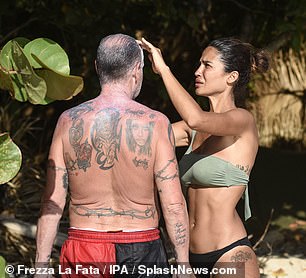 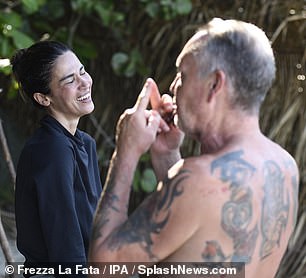 Wae’aye man! Gazza has been a hit with campmates since arriving on the island, and was seen spending time with stunning Italian actress Francesca Lodo on Wednesday 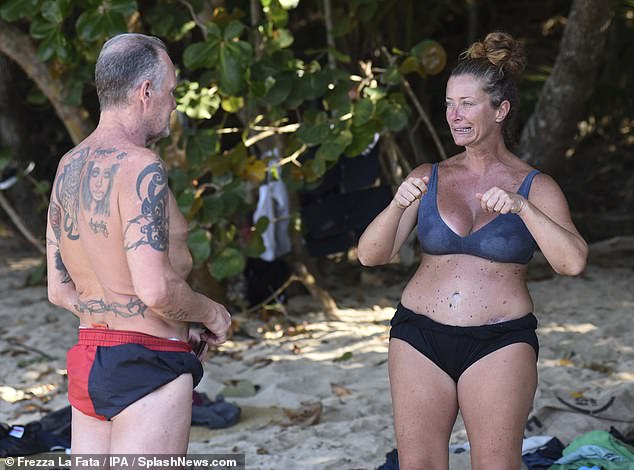 Does my bum look big in these? The retired footballer caught the eye in a pair of skimy beach shorts while chatting to fellow contestants Valentina Persia

Meanwhile, Gazza left one of his co-stars horrified over the weekend when he revealed he likes pineapple on his pizza.

The football legend confessed: ‘My favourite is ham and pineapple pizza. It’s delicious. You can’t beat it. It’s the best.’

Despite his enthusiasm on the matter, his other camp-mates in Honduras’ Cayo Cochinos islands appeared far from impressed by his gastronomical preferences. 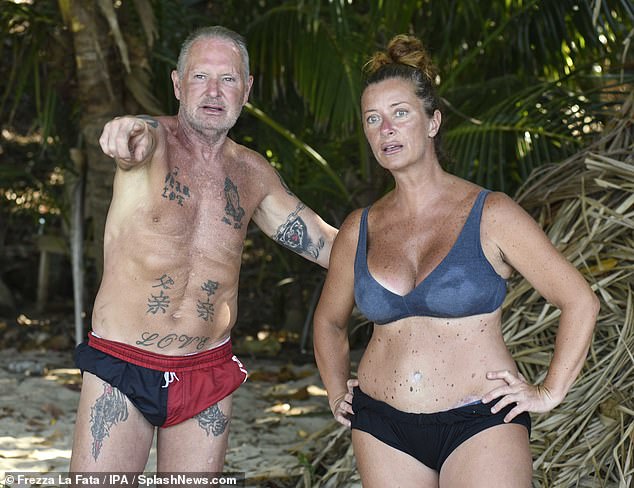 Over there! Gazza pointed something out to the Italian actress as they idled on the beach 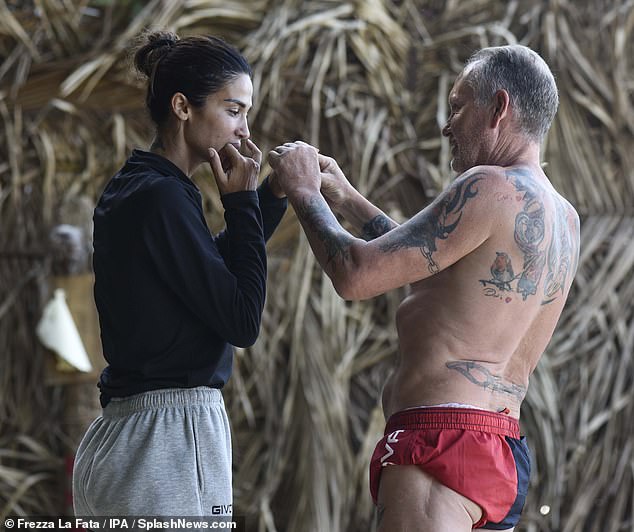 Geordie charm: The star has enjoyed a close friendship with Italian celebrity Francesca during their time in Honduras

YouTuber Simone Paciello – who hails from Naples, where pizza originates – responded: ‘You do what? Mamma mia! That’s disgusting. Pizza is a savoury dish, you put savoury toppings on it, not a sweet topping. Yuck!’

However, the British sportsman, who is through to the second week of the two-month show, stood his ground, as he insisted: ‘No, no, you’re wrong. It’s delicious!’

Gazza, who spent three years at Rome’s club Lazio, did his best at speaking the language but left viewers in fits of giggles when he misunderstood host Ilary Blasi. Don’t mind if I do: Francesca was seen fussing over Gazza during their latest appearance on the island 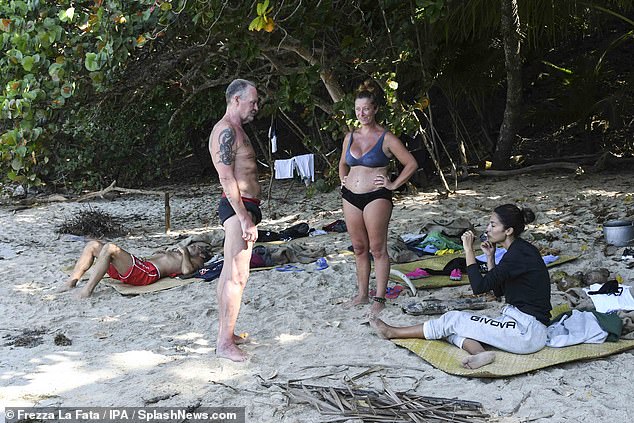 Let’s talk: The former footballer held court as various members of the group relaxed in the shade on Wednesday 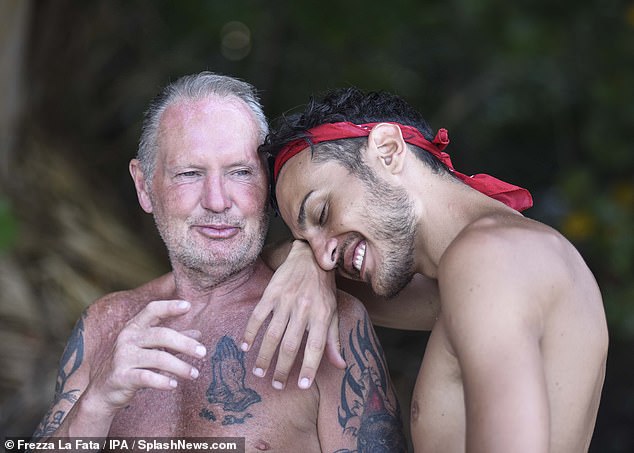 He was getting stuck into his filming duties for the first live episode as they shot scenes on a remote island, yet his garbled intro stole the show.

In the interview, the former footballer was asked about his Italian, to which he said in his strong Geordie accent: ‘It’s OK. It’s only the first day, I’m hoping to improve it.’

He conceded: ‘I’m not speaking perfect Italian’, before beginning his diatribe, in which he bizarrely repeatedly used the word for snakes.

When asked what he was looking forward to, he attempted: ‘serpente’ (snakes), before stating in Italian: ‘Fishing good me, very good me.