According to Hello!, the 40-year-old singer was allegedly spotted while checking into a hotel in the same village where the happy couple are staying.

The hitmaker’s temporary residence is also said to be where numerous other figures from the entertainment industry are staying in anticipation of the celebratory event. 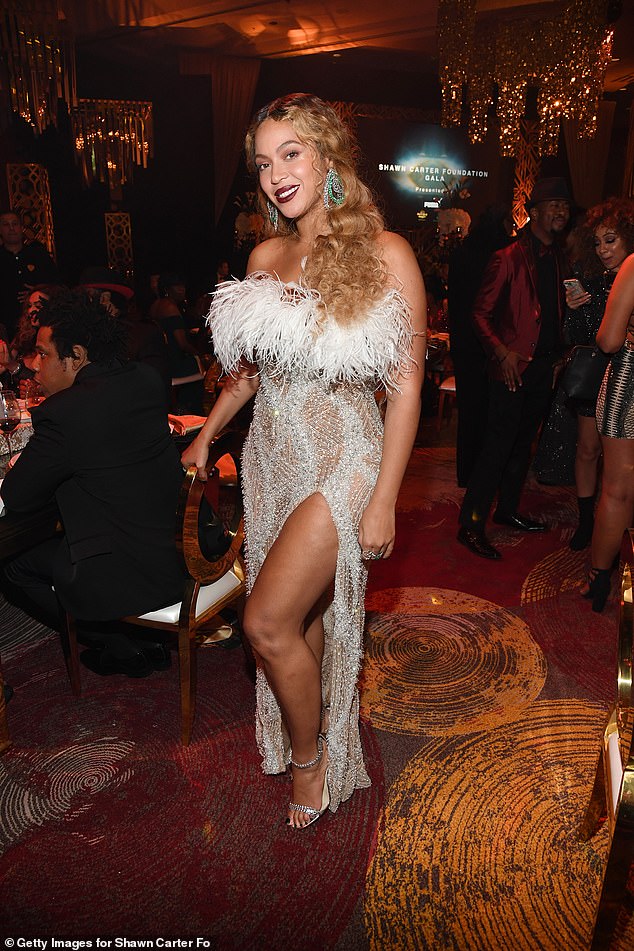 Jetting in: Beyonce, 40, has reportedly flown to Portofino, Italy, in anticipation of Travis Barker, 46, and Kourtney Kardashian’s, 43, upcoming wedding ceremony; Pictured in 2019

A source spoke to the media outlet and stated that several of Barker, 46, and Kardashian’s, 43, loved ones had chosen to stay in the same location ahead of the upcoming ceremony.

‘There were about 20 friends and family of the couple staying at the hotel and they were all very friendly, stylish and excited about the wedding,’ she stated.

The source went on to express that Portofino’s residents were happy to have the Kardashian family stay in their town.

‘The town went crazy when the Kardashians arrived – and they all looked incredible close up and looked so happy to be in such a beautiful location for the wedding,’ they said. 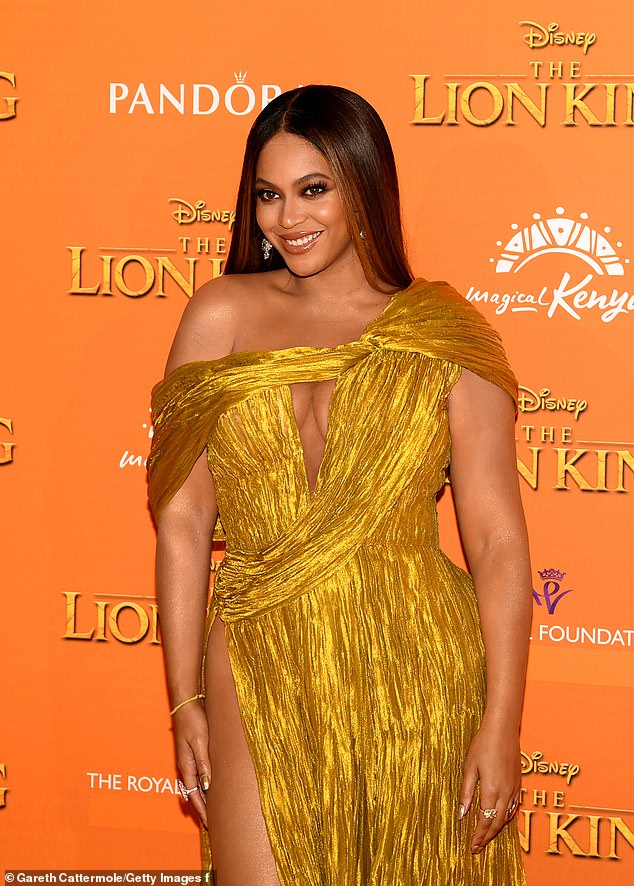 Famous guests: According to Hello!, the singer was allegedly spotted while checking into a hotel in the same village where the happy couple are staying; Pictured 2019 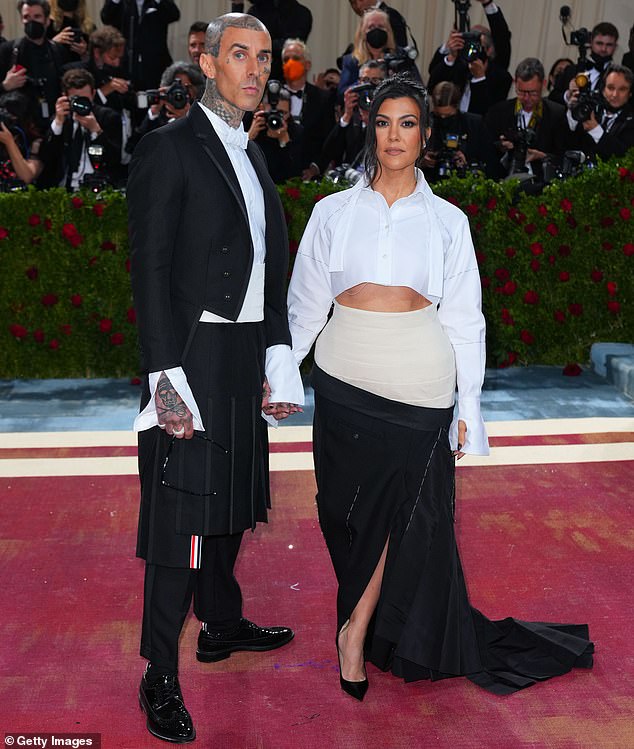 Lavish: The hitmaker’s temporary residence is also said to be where numerous other figures from the entertainment industry are staying in anticipation of the event; Pictured in 2022

According to TMZ, Kourtney and Travis have rented the historic house museum Castello Brown located on a hill above Portofino harbour.

The couple have reportedly rented out the entire castle, which was built during Roman times as a military defense, and will be celebrating their nuptials over the next four days.

Kardashian and Barker were first romantically connected in January of last year, when they first left flirty comments on each other’s Instagram posts.

The happy couple later went public with their relationship with an Instagram post that was shared just after Valentine’s Day.

The pair were subsequently seen during various public outings, and they often shared snaps of each other to their respective Instagram accounts. 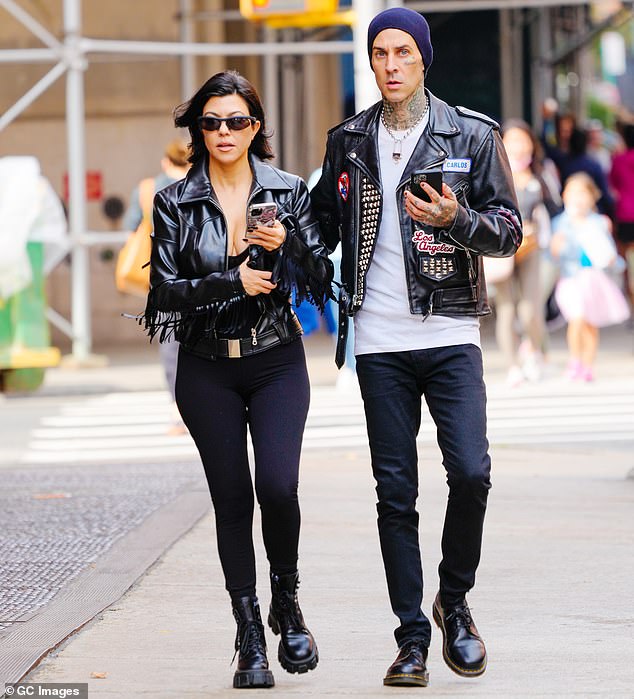 Welcoming: The source added that Portofino’s residents were happy to have the family stay in their town: ‘The town went crazy when the Kardashians arrived’; Pictured in 2021

It was later revealed that Barker had popped the big question during a trip to Montecito, California, that took place last October.

Kardashian and Barker later announced that they had held a wedding ceremony in Las Vegas this past May.

The former shared a series of snaps from the event to her Instagram account and wrote a short message to let her fans know that the wedding was not legally binding.

She wrote: ‘Once upon a time in a land far, far away (Las Vegas) at 2am, after an epic night and a little tequila, a queen and her handsome king ventured out to the only open chapel with an Elvis and got married (with no license).’ 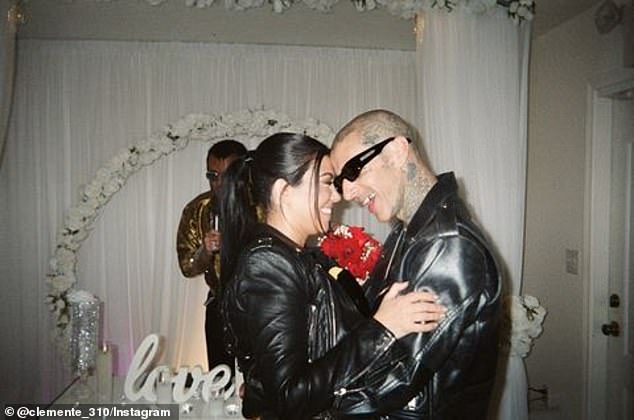 Third wedding: This will be the couple’s third wedding, after they first got married in Vegas in a non-legal ceremony, and later legally tied the knot at a courthouse in Santa Barbara

The reality television personality made a point of adding ‘practice makes perfect’ to the end of her message.

It was reported that Barker and Kardashian had tied the knot in Santa Barbara earlier this week.

According to TMZ, the pair said their vows on the steps of a courthouse and drove off in a vintage lowrider.

The happy couple and their family later decamped to Portofino for what is being rumored as a full-blown wedding ceremony.

The pair have not made any official comments regarding their trip to Italy as of yet. 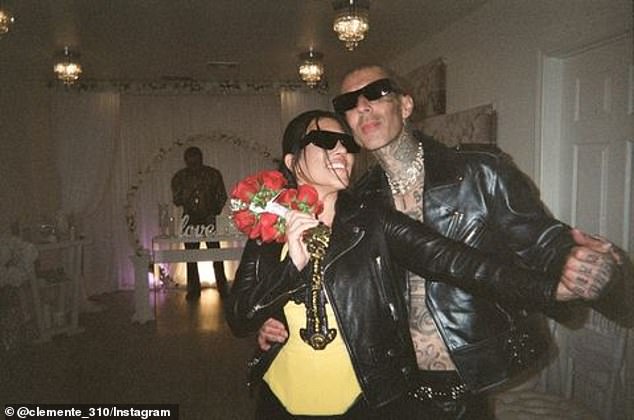 Whirlwind romance: Kardashian and Barker were first romantically connected in January of last year, when they first left flirty comments on each other’s Instagram posts