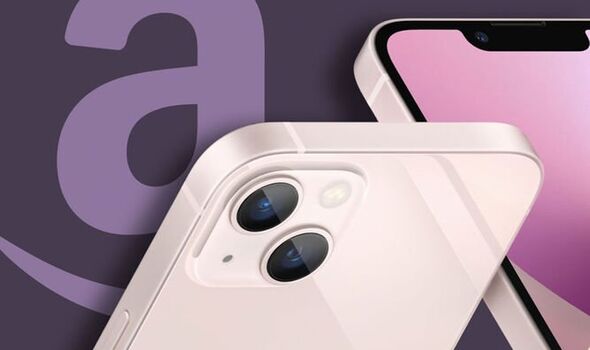 If you’ve been thinking about upgrading to the latest iPhone 13 but don’t fancy paying the £789 price to own one then it’s worth taking a look at the latest deals from Amazon. The online retailer has just launched a new deal that not only slashes the price of this very latest device by £50 but also lets customers pay for things over 12 months. That means you can grab the iPhone 13 with 128GB storage for just £60.75 per month.

Amazon has slashed the price of the iPhone 13 to just £729. Not only that but the firm is also offering 12 months to pay it back!

Along with that offer, there’s more good news if you want a device with more storage. That’s because Amazon has also cut the cost of the 256GB and 512GB models as well.

The deals can be grabbed on colours including Pink, Starlight, Blue and even the new green which launched back in March.

YOU CAN SEE THE iPHONE 13 DEALS HERE

As a quick reminder, the new iPhone 13 features Apple’s latest and greatest A15 Bionic processor which is the same superfast brain that powers the premium Phone 13 Pro Max.

If spending over £700 on a phone sounds a bit excessive then don’t panic as Amazon has also just slashed the price of the older iPhone 12 with prices now starting from just £619 for the 64GB model – that’s a £60 saving.

Just like the iPhone 13, Amazon also offers the option to pay over an entire year which means you can pop this device in your pocket for just £51.59 per month.

It’s also covered in that Ceramic Shield technology which Apple boasts is the strongest glass in smartphone.

YOU CAN SEE THE iPHONE 12 DEALS HERE