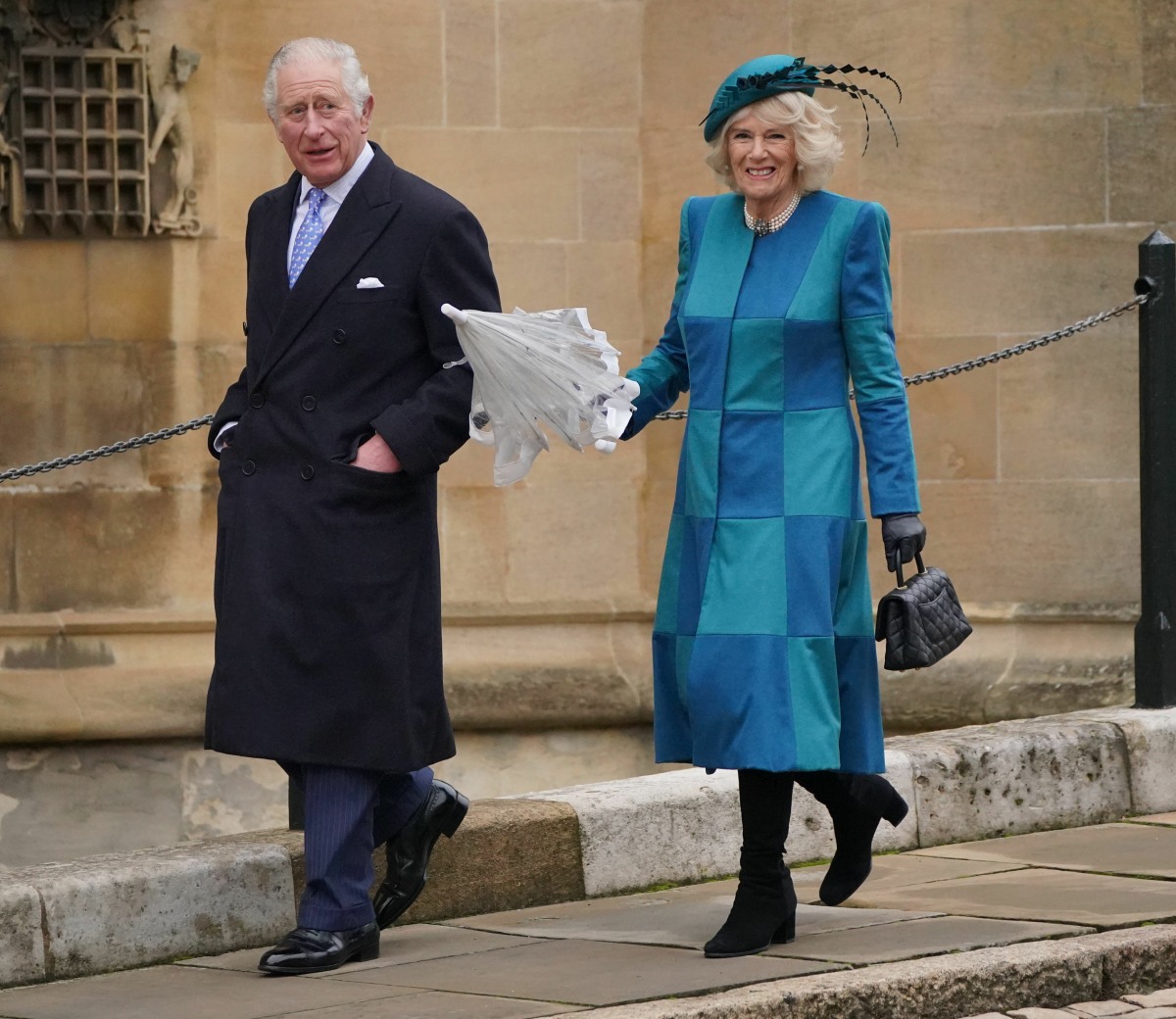 The Windsors tried to pull together some kind of Christmas celebration. Queen Elizabeth stayed at Windsor Castle, and she spent Christmas Day with Prince Charles, the Duchess of Cornwall, Prince Edward, the Countess of Wessex, and probably Prince Andrew and assorted Yorks. According to the Mail, Prince William and Kate “hosted members of the Middleton family” in Norfolk, meaning Kate’s family probably came en masse to Anmer Hall. Princess Anne and her husband Timothy Laurence also stayed home at Gatcombe Park because he has Covid.

Only Charles, Camilla, Sophie, Edward and the Gloucesters were photographed going to church in Windsor, and I’m including those photos in this post. All in all, that was probably the smartest and safest way to do things considering the rise of Omicron. Still, I kind of feel like everybody should have worn masks going into church? Also, Camilla’s blue coat is HIDEOUS. But I actually love Sophie’s animal-print hat, it’s adorable. The Wessex kids went to church too.

Meanwhile, did you hear about the intruder at Windsor Castle? Dude was armed with a motherf–king crossbow.

An armed intruder was arrested at Windsor Castle yesterday as the Queen celebrated Christmas there. Sources claim the man, 19, had a crossbow and got in using a rope ladder. Her Majesty was inside with other royals before her tribute to late hubby Philip was broadcast to the nation in her emotional Christmas Day message.

Police confirmed they swooped on the teen at 8.30am “within moments of him entering the grounds”. They said he did not get into any buildings. He had “an offensive weapon”, though officers did not reveal what type. However, a security source said last night: “I’m told the man had a crossbow.”

It was also suggested the intruder may have used a rope ladder to climb over a spiked fence off the Long Walk, in a publicly accessible area close to apartments used by Her Majesty.

A royal source said: “Police responded to this very quickly – but it is still terrifying and shocking that it happened while the Queen and senior royals were at Windsor for Christmas.”

A royal insider added: “The timing is quite worrying as it was widely known that Her Majesty would be at Windsor for Christmas. Fortunately, this guy did not get near her or any other royals – it could have been a lot worse. One of the key things the security services and police are looking at is if he could have been inspired by a terrorist motive, or if he was some sort of crank or loner.”

The suspect, from Southampton, was being quizzed by cops last night. It was not said whether he had any terrorist or extremist-linked motives. Officers from Thames Valley Police and London’s Met are probing whether he made the 60-mile trip to Windsor from Southampton yesterday.

The Queen, 95, and other royals were informed of the security breach, which happened as Her Majesty had breakfast. Just over two hours later, royals including Charles, Camilla, Edward and Sophie walked in the castle grounds to a Christmas Day church service.

Yeah, this doesn’t have the feel of, like, a dude who had too much eggnog and decided it would be funny to storm the castle. This has the feel of someone angry and seething and hellbent on doing some damage. Crazy. 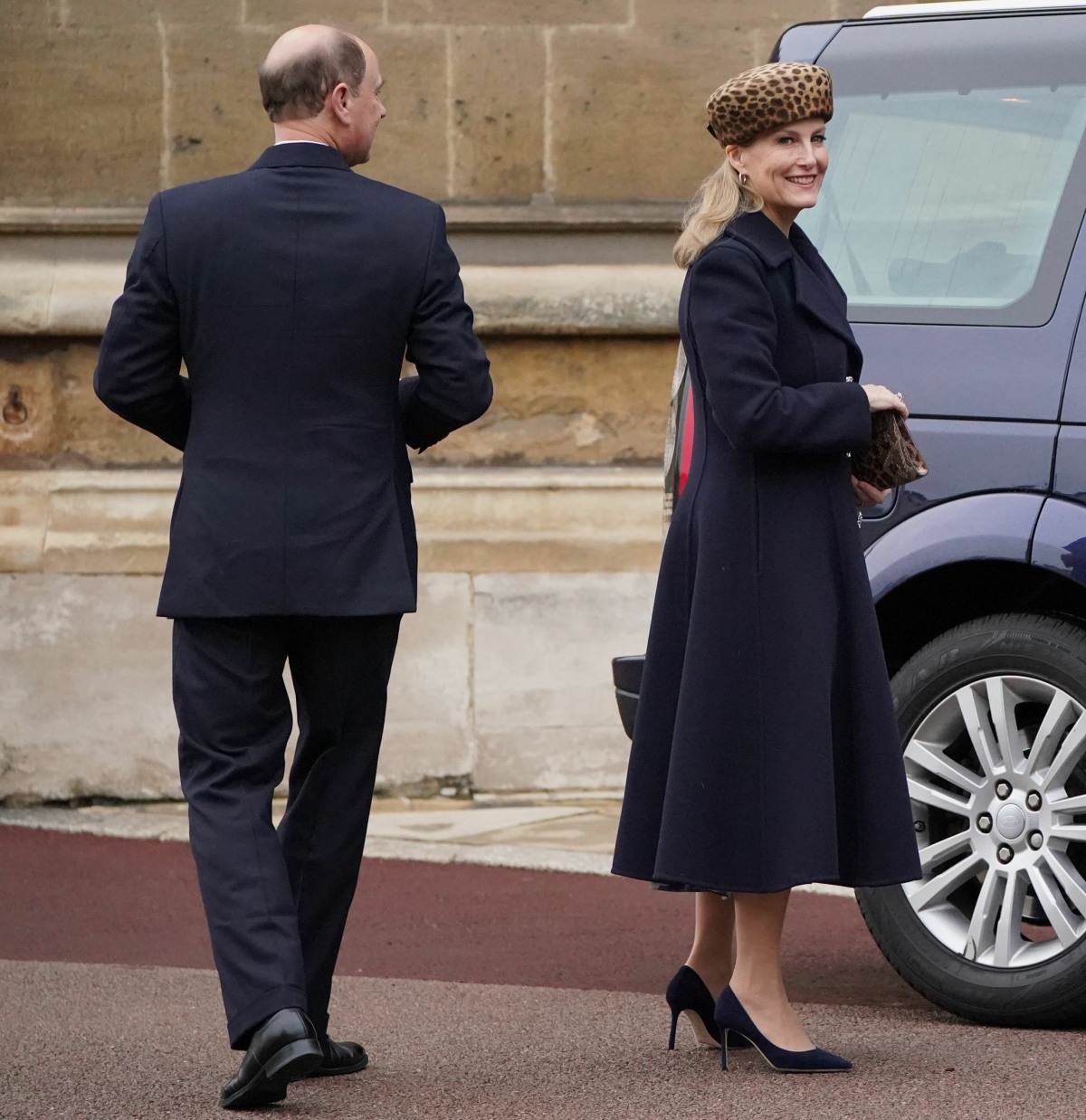 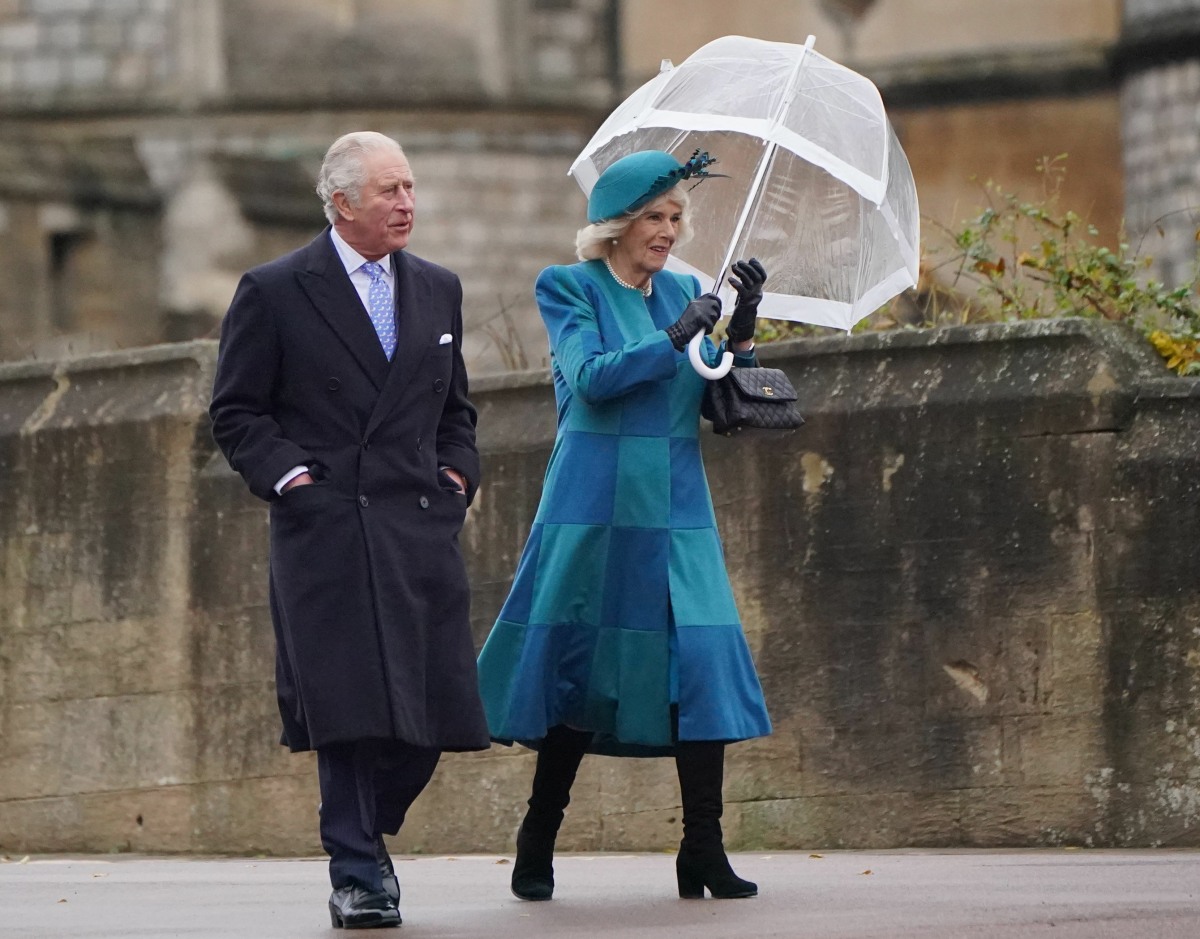