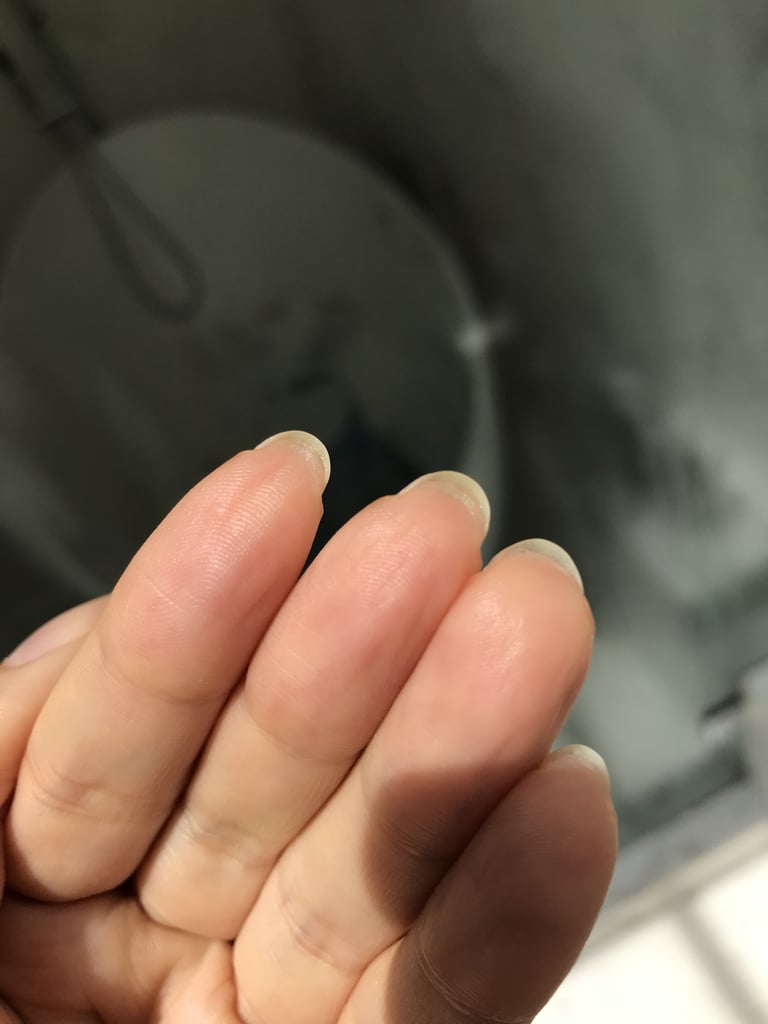 Why Is the Skin Under My Fingernails Longer Than My Nails? We Asked a Pro

For as long as I can remember, I’ve been getting gel manicures without fail every two weeks. Then five months ago, I noticed that the skin underneath my fingernails was protruding further than my actual nail. This made it uncomfortable to trim them short, and I had to be wary when I was at the salon. Nevertheless, I still continued my biweekly gel appointments.

When my city closed all nonessential businesses back in March of last year, one of the first things I did was remove my gel manicure. What I noticed in the weeks that followed surprised me. The skin underneath my nails began to recede, and they started to look normal again on a few fingers. After a few Google searches, I read about something called the hyponychium and how it could be the cause of my past discomfort. Curious to learn more, I reached out to Brittney Boyce, a consulting nail artist for Orly, to see if she could help me get this situation nailed down (pun intended).

“The hyponychium is the tissue under the free edge of the nail,” she said. “It seals the nail plate to the tip of the finger. It also acts as a seal to prevent pathogenic bacteria from entering the finger.”

The hyponychium is located near the fingertip, which means that when I was attempting to trim my nails shorter, I was having a hard time completing the task without also trimming the hyponychium, which was ultimately the cause of a lot of discomfort. Although I finally had a name for what I was seeing, I was still interested in learning what caused the overgrowth in the first place, as well as what I could do to prevent it.

What Can Cause the Hyponychium to Grow Excessively?

“There are three main reasons. The most common reason is because the hyponychium attaches to the underside of the nail as it grows. For some, it seems to be genetic, while for others, it may be caused by wearing your nails long with gel or acrylic nails for too long, contact dermatitis, or some sort of nail injury. Nail psoriasis and fungal infections can also cause this to happen.”

If you’re experiencing symptoms that could be related to nail psoriasis or a fungal infection, such as odor coming from the nail, separation of the nail from the nail bed, or nail crumbling, it may be time to reach out to a dermatologist.

Then, there’s also another surprising reason: “Biting your nails can also lead to an overgrowth, and picking it can actually lead to infections,” said Boyce. “Be gentle with it, and if it starts to look discolored or smell, see a dermatologist.”

How to Treat the Hyponychium

“If it’s due to an overgrowth caused by long nails, take a break from time to time and maintain short nails. Use cuticle oil or a cuticle remover to soften the thickened skin. If it’s caused by nail psoriasis or fungal infections, see your dermatologist for a topical treatment.”