Woman, 26, who spent whole night worrying over missing boyfriend after blazing row discovers he was passed out on their trampoline all along

A woman who spent the night worrying about her boyfriend after he disappeared following a row found him asleep on their trampoline the next morning.

Georgia Nisbet, from Govan, Glasgow, feared the worst when her partner David McCallum failed to come home or answer his phone following an argument.

But it turned out David had simply come home late after a few too many beers, realised he’d forgotten his keys and decided he couldn’t face a telling off for knocking the door. 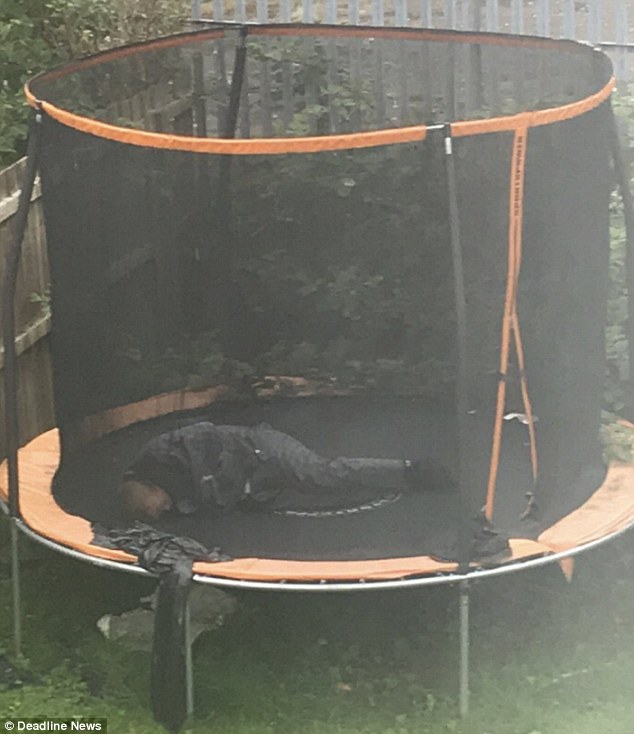 A woman who spent the night worrying about her missing boyfriend after he disappeared following a row found him asleep on their trampoline the next morning.

So David decided to sleep on the trampoline outside their home while Georgia worried all night about his safety.

The 26-year-old realised the truth as she got ready to go to work the next day, marching out to the garden to tell him: ‘Get up you f****** idiot.’

She then posted a hilarious snap of David sleeping on the trampoline on social media, warning: ‘Lads don’t get drunk, argue way your girlfriend & then lose your house keys. This could lead to a night on the trampoline what a shock a got when a opened the blinds this morning.’ 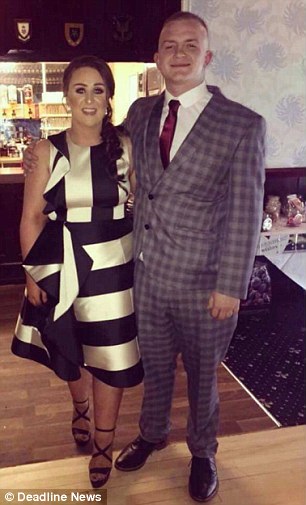 In an apparent reference to his choice of footwear, she added: ‘Least he had the courtesy to take his Saturday night sliders off.’

On social media, Sophia Lucinda said: ‘Hahaha you couldn’t not laugh at that, best ever!’

Amanda Donnelly commented: ‘Just as well it’s no the winter he would have froze lol.’

David, 24, said he elected to stay out on the trampoline for almost six hours because he didn’t want to get a ‘b********g’ for stumbling in late at night.

He said: ‘I was out at my god daughter’s christening then went out and got drunk.

‘I got back at two in the morning decided to sleep on the trampoline instead of facing the hassle.’

He said Georgia woke up at around 4am, fretting that he had not yet returned home. To make matters worse, his mobile battery was dead.

David said his girlfriend was not very sympathetic the following morning. ‘She told me ‘Get up you f****** idiot.’

But he added: ‘Some people were saying it was her fault, but it was definitely mine. I should have come home when I was told.’ 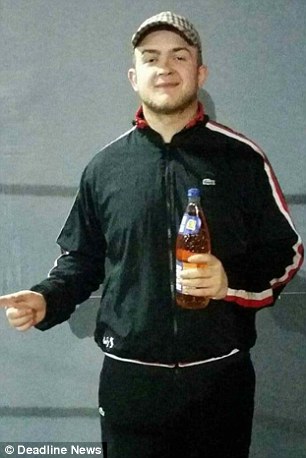 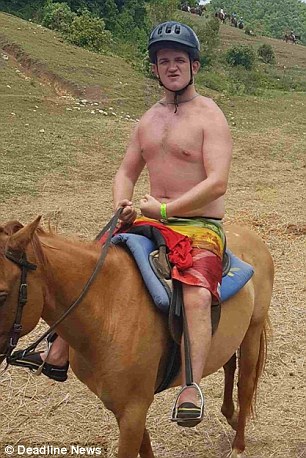 David (pictured) said his girlfriend was not very sympathetic the following morning. ‘She told me ‘Get up you f****** idiot.’