How to watch EVERYTHING new on Netflix in a year: Scientists reveal how to break down your day to achieve the feat (and you can only have seven 5-minute bathroom breaks!)

It would take eight months to watch everything new uploaded onto Netflix last year, a study has revealed – taking the possibilities for binge-watching to the next level.

Consuming every new film, television series, and documentary added to the video service in 2017 would require you to spend 14 hours a day for no more than 236 days of the year, the study claims.

Scientists have even broken down how each day would play out, allocating time for various unavoidable tasks, including drinking, eating, sleeping, and toilet breaks.

According to the researchers, anyone looking to undertake the binge-watch challenge can have no more than three 30 minute meal breaks, four 10 minute breaks to drink 176 fluid ounces (500ml) per day, and 15 minutes to wash.

While the entertainment value of such an endeavour can’t be denied, such devotion would also likely be devastating for your relationship with the outside world.

Employment, socialising and the ‘chilling’ which has become synonymous with the service would all have to be ditched to complete the challenge. 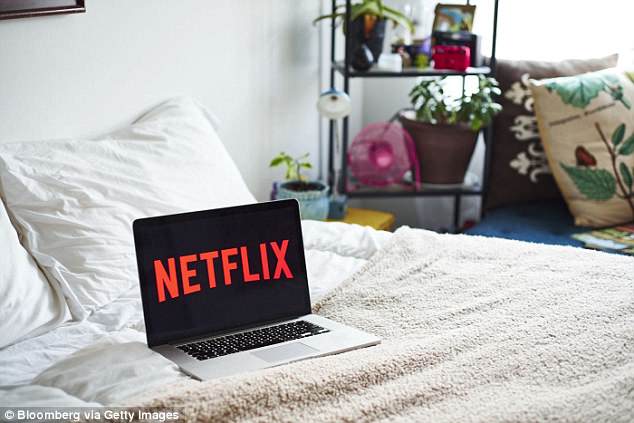 Watching every new film and documentary added to Netflix would take 14 hours a day for more than 236 days of the year. While the entertainment value of such an endeavour can’t be denied, such devotion would leave little time for anything beyond eating and sleep

The finding comes from a student paper submitted by Kinnari Naik, of the University of Leicester.

He found that an unemployed adult could watch all 1,399 pieces of content following a strict routine.

The natural sciences graduate said achieving the feat would take a minimum of 236.5 days, assuming the watcher spent just under 14 hours per day – 58 per cent of their time – on Netflix.

This would leave four 10 minute breaks to drink 176 fluid ounces (500ml) per day, three 30 minute meal breaks and 15 minutes to bathe and wash every day.

HOW CAN YOU BINGE WATCH A YEAR’S WORTH OF NETFLIX CONTENT?

Kinnari Naik, of the University of Leicester, found that an unemployed adult could watch all 1,399 pieces of content uploaded to Netlfix in 2017 by following a strict routine.

The feat would take a minimum of 236.5 days, assuming the watcher spent just under 14 hours per day – 58 per cent of their time – on Netflix.

The study allocated time outside of viewing Netflix in order to accommodate for:

The watcher would have to sleep for seven hours per day and be allowed seven five-minute toilet breaks.

Mr Naik’s findings have been published in a student journal aimed at giving scientists hands-on experience of writing papers.

The author of ‘Netflix Obsession’ said: ‘Netflix is rapidly becoming the most popular source of home entertainment.

‘It has been estimated that an individual watching Netflix on a daily basis would require a minimum of 236.5 days to watch all newly added movies and documentaries in 2017; whilst maintaining normal daily activities.

‘This time equates to just under eight months. This length of time is based on assumptions of minimal requirements that are not applicable to real life scenarios.

‘Any individual with work and social commitments is likely to take significantly longer.’ 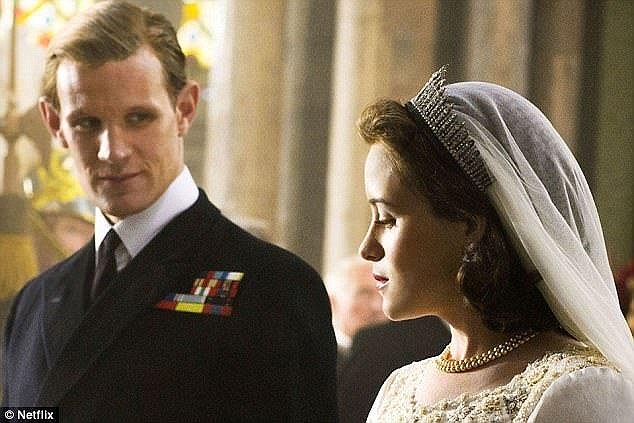 The finding comes from a student paper submitted by Kinnari Naik, of the University of Leicester. He found that an unemployed adult could watch all 1,399 piece of content following a strict routine. Pictured is a scene from popular show The Crown

His calculations assumed the 1,399 movies added to Netflix in 2017 lasted 130 minutes and documentaries an hour.

Mr Naik added: ‘It is clear that majority of the day would be spent watching Netflix, 58 per cent to be exact.

‘This calculation is based on minimum requirements for daily activities which in reality vary significantly with individual practice.

‘No time has been allocated for shopping which practically would be equivalent to watching one less documentary per month. The same principle applies to exercise and social activities. ‘

Dr Cheryl Hurkett from the University of Leicester’s Centre for Interdisciplinary Science said: ‘An important part of being a professional scientist, as well as many other profession, is the ability to make connections between the vast quantity of information students have at their command, and being able to utilise the knowledge and techniques they have previously mastered in a new or novel context. 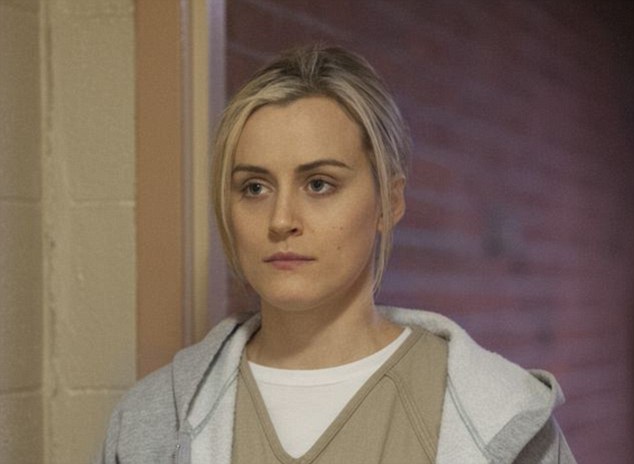 The natural sciences graduate said achieving the feat would take a minimum of 236.5 days, assuming the watcher spent just under 14 hours per day – 58 per cent of their time – on Netflix. This image shows a scene from prison drama Orange is the New Black

‘The Interdisciplinary Research Journal module models this process, and gives students an opportunity to practise this way of thinking.

‘The intention of this module is to allow students to experience what it’s like to be at the cutting edge of scientific research.

‘The course is engaging to students and the publishing process provides them with an invaluable insight into academic publishing. It also helps students feel more confident when submitting future papers.

‘I find it a very rewarding module to teach and I am always pleased to see my students engaging so enthusiastically with the subject. I encourage them to be as creative as possible with their subject choices as long as they can back it up with hard scientific facts, theories and calculations!’

The full findings of the study were published in the Journal of Interdisciplinary Science Topics.

WHAT ARE NETFLIX’S SECRET GENRE CODES?

There are secret codes that can be used to unlock dozens of hidden shows on Netflix.

To access the secret codes, simply put the code at the end of www.netflix.com/browse/genre/