Successful businesswoman, 37, with three children killed herself with accidental overdose of anti-anxiety pills after row over text

A successful businesswoman with three children killed herself with an accidental overdose of anti-anxiety pills after a row over text.

Carrie Oxbury, 37, who ran a dog grooming business, died in hospital despite efforts to revive her two hours after taking the tablets at her home in Chapel en le Frith, Derbyshire, in August last year.

She had been seen spending most of the evening on her mobile phone before storming off from the sofa.

Her boyfriend, who had been staying over, later woke up in the middle of the night to find Ms Oxbury having a fit due to taking a large quantity of tablets.

Police officers who investigated the tragedy said she had sent a text at 2am and previous messages ‘implying she was quite upset and angry at the time.’

They also found an undated note written by Ms Oxbury and signed ‘Mummy’ which spoke about her love for her children, saying they were her ‘everything.’ It is thought she had been involved in a dispute over her car. 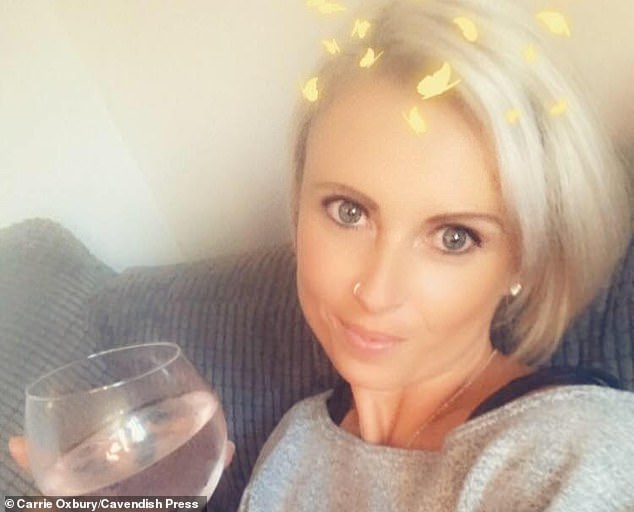 Carrie Oxbury, 37, pictured. Her mother said: ‘I spoke to her briefly the day before her death and she was very happy – she had been to Alton Towers, and she was excited about the future’

An inquest was told Ms Oxbury had suffered from depression and anxiety since she was 14 but kept the extent of her illness a secret from her boyfriend Shaun Thompson.

After being placed on medication she was ultimately prescribed anti-depressants and anti-anxiety tablets each month. She was also offered cognitive behavioural therapy.

‘I spoke to her briefly the day before her death and she was very happy – she had been to Alton Towers, and she was excited about the future.

‘She told me her medication had been increased and she started having counselling. However, she did not feel the counselling was helping.

‘She was happy to be having it but it was just someone at the end of the phone. I do not believe that she intended to take her own life. She loved her three children too much.’

Ms Oxbury’s boyfriend, Shaun Thompson, said: ‘I knew Carrie for five or six months and we were quite close. We saw each other three or four times a week and I stayed at her property with the kids but I had no clue she was taking tablets. 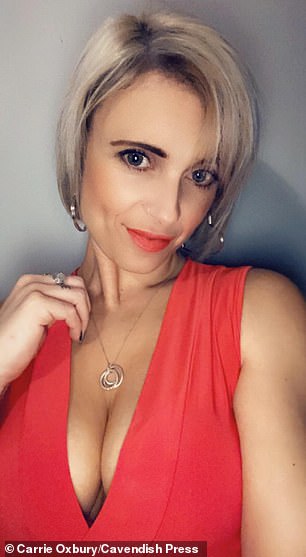 After being placed on medication, Ms Oxbury was ultimately prescribed anti-depressants and anti-anxiety tablets each month

‘The only time I found out was on the morning she was taken to the hospital. I did not know she was on any medication and she never said anything about taking her own life.’

He added: ‘I was with her on the evening before her death but she didn’t seem herself. She was sat on the other sofa and we usually sit on the sofa together. She had her head in her phone most of the night and at one point she stormed off.

‘Her car had been taken away from her previously and she was worried about it as she needed the vehicle to pick the dogs up. She wanted to make sure she could keep the business open.

‘I was woken up in the early hours of the morning because she was making a lot of noise and that was when I saw her having a fit. I thought she was dreaming at first, but I very soon realised it was a serious matter.

‘The children tried to call an ambulance. The two youngest came in and I told them to calm down and I tried to get her in the recovery position. When I noticed there was no pulse, I started CPR on her. It was only when the paramedics arrived and that was when I found out she was on medication.’

The hearing was told Ms Oxbury had got up in the middle of the night to take the tablet before going back to bed and leaving the empty packets in the kitchen pantry.

Her sister had also offered to sell her own car to help get Ms Oxbury a new vehicle.

Ms Oxbury’s estranged husband, Simon Garner, said: ‘She was on the medication because of her anxiety. I knew she had been to the doctors and had been having counselling over the phone. She seemed happy she was getting help. She had two or three sessions over the phone and felt better.

‘She had never talked to me about taking her own life. I have known her for quite some time, and I do not think she intended to take her own life.

‘She loved her kids too much. The children were too important to her. I think she had misjudged the amount of medication she took.’ 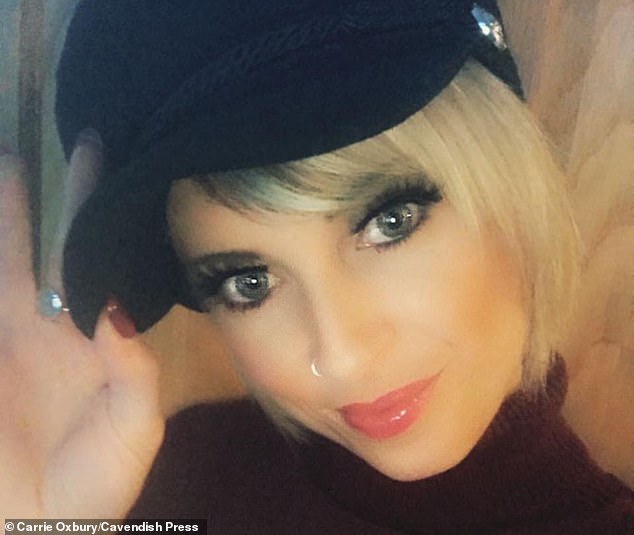 Recording a verdict of accidental death, Coroner Alison Mutch told Ms Oxbury’s family: ‘Carrie (pictured above) was much-loved and it is very clear that you all did your best to support her’

Debra Hampton, an advanced practitioner who treated Ms Oxbury in March last year, said: ‘She had had suicidal thoughts but never acted on them. Her protective factor was her children as she loved them immensely.

‘That day she looked physical tired and she had not slept very well. Whatever was on her mind was distressing her.

‘But she told me she was waiting for psychological therapy and that she was positive about the future. She had been able to cope with life’s ups and downs.’

Recording a verdict of accidental death, Coroner Alison Mutch told Ms Oxbury’s family: ‘Carrie was much-loved and it is very clear that you all did your best to support her and make sure he stayed on an even keel.

‘She had a very successful dog grooming business and she used that as a way of providing for herself and her three children. One thing I am sure of is how much she loved her children and what a huge part of her life they had.

‘It is clear that she was an articulated woman who was able to engage with health professionals and had the awareness to assist with her own mental health problems.

‘She was aware of the impact that the anti-anxiety medication could have on her life and the prescribed prescription was increased as it was thought that would be hugely beneficial to her.

‘It is clear she felt she was coping reasonably well although it could be said she was putting a brave face on at times.

‘There was an issue in relation to the conversation on her mobile phone and there was an argument being conducted by text message but the children were in the house and the greatest thing she had in her life were her children.

‘I am sure she would never have wanted her children to deal with the consequences of her taking her own life.’

Anyone seeking help can call Samaritans free on 116 123 or visit Samaritans.org