To end Melbourne’s gangland war, some of the most senior and respected police in this state allegedy engaged in criminal behaviour.

This is the broad claim made, though not proven, in the submissions of the team of lawyers who for the past two years, have been running the Royal Commission into the Management of Police Informants. 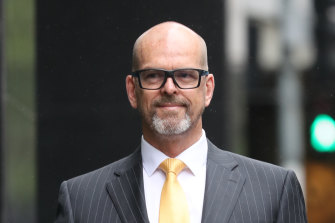 Who are these police?

From within the Purana taskforce, retired detective inspector Gavan Ryan and serving Commander Stuart Bateson and Superintendent Jason Kelly are implicated. So too are Inspector Dale Flynn, a former senior drug squad detective, and retired superintendent Tony Biggin, the officer in charge of a team of police handlers who managed the most prized informant of all, defence barrister Nicola Gobbo.

As for the handlers, they are in the gun as well, their pseudonyms reading like the credits of a Tarantino film; Mr White, Mr Black, Mr Green and Mr Smith.

What crimes are they alleged to have committed? We can’t say with certainty. Those crucial paragraphs, recommendations to Commissioner Margaret McMurdo setting out allegations of criminal conduct, are redacted from the counsel assisting submissions.

It is likely we may never know.

These redactions were only made in the past few days after McMurdo announced to Victoria Police and affected parties on August 24 that she would make no findings in her final report that any individuals may have committed criminal offences.

Her reasons are both legally sound and politically naive. 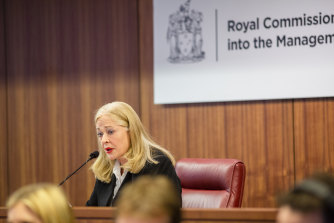 McMurdo made her decision on the assumption there may be criminal proceedings against current and former Victoria Police officers who, by either facilitating or failing to stop Gobbo informing against the interests of her own clients, may have engaged in a conspiracy to pervert the course of justice.

“Public discussion of whether named individuals may have committed specific criminal offences in submissions or in my final report could unfairly prejudice any future trials and could put at risk the presumption of innocence and charter rights to a fair trial,’’ she said.

In doing so, McMurdo has extended to police a fundamental legal right of the kind denied to Mokbel’s drug cook and Williams’ henchmen when, unbeknown to them, Gobbo was purportedly defending them while working for police.

McMurdo has also ensured that, on November 30, when she hands down her final report and makes it available to Victoria’s Office of Public Prosecutions and the Independent, Broad-based Anti-corruption Commission, her findings will not carry the weight of a recommendation to charge. 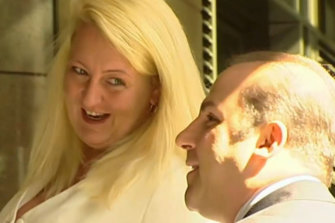 In the absence of such a recommendation, what are the chances of Director of Public Prosecutions Kerri Judd, QC, or IBAC – a body that secretly examined the Informer 3838 scandal five years ago – initiating criminal proceedings against any cops involved in this mess?

Victoria Police, in its submissions to the royal commission, appears to have read the play well on this.

In one breath, it “accepts without qualification or reservation’’ that it was reprehensible to allow Gobbo to rat on clients whose interests she had a solemn duty to defend.

In the next, it staunchly defends all of its members facing allegations of professional misconduct and criminal conduct.

“Victoria Police is absolutely committed to restoring the loss of faith that these events have caused. However, it is also critical that while examining why and how these events occurred, that the women and men who serve this state are not unfairly tarnished.’’

The police submissions challenge the jurisdiction of the royal commission to make any findings of misconduct against its members, claim a lack of procedural fairness and warn against the dangers of “hindsight bias”.

The police view, unchanged from when the royal commission started, is that any failings were systemic – the product of inadequate checks and balances or poorly understood processes – and cannot be traced to corrupt behaviour by individual officers. Victoria Police still contends that, when Gobbo was recruited as a human source, their intention was for her to provide information about criminal associates, not clients.

“This became impossible to manage, not least because Ms Gobbo appeared to have no desire to manage it,'' the police submissions read. "Again, this is not to deflect responsibility onto Ms Gobbo.’’

Only they do. Time and time again.

Where does this leave the worst scandal in Victorian legal history?

There are, according to the royal commission, 124 convictions tainted by Gobbo’s involvement as a police informer.

Some of these relate to people who have served their sentences, been released from jail and have no desire to revisit that time in their lives. Others relate to serious criminals such as Mokbel and Francesco Madafferi who will be hoping that McMurdo’s findings give them the keys to an early release prison.

An astronomical legal bill will be paid for, almost in its entirety, by taxpayers.

Victoria Police, having apologised to us for their breach of trust, will do everything they can to ensure that no one in their ranks has to carry the can.