Will Hollywood’s all-action man finally get the ultimate reward? After decades of failing to win an Oscar with serious acting roles Tom Cruise’s crowd-pleasing anti-woke Top Gun sequel could be the one that snares him an Academy Award

Few actors have borne the brunt of Oscars snobbery like Tom Cruise.

He may be a Hollywood icon and among the highest-grossing stars of all time, but his remarkable success still isn’t recognized by the industry’s most prestigious gongs.

That could all change at this year’s Oscars, after Cruise earned a Best Picture nomination as a producer of Top Gun: Maverick.

The 60-year-old has been in the running for the awards only three times previously. His last nomination came in 2000 for Best Supporting Actor in Magnolia. He was also shortlisted for Best Actor in 1990, for Born on the Fourth of July, and in 1997, for Jerry Maguire.

The Oscars are notoriously high-brow and winners for the top awards, including Best Picture, are rarely plucked from the top-grossing charts. 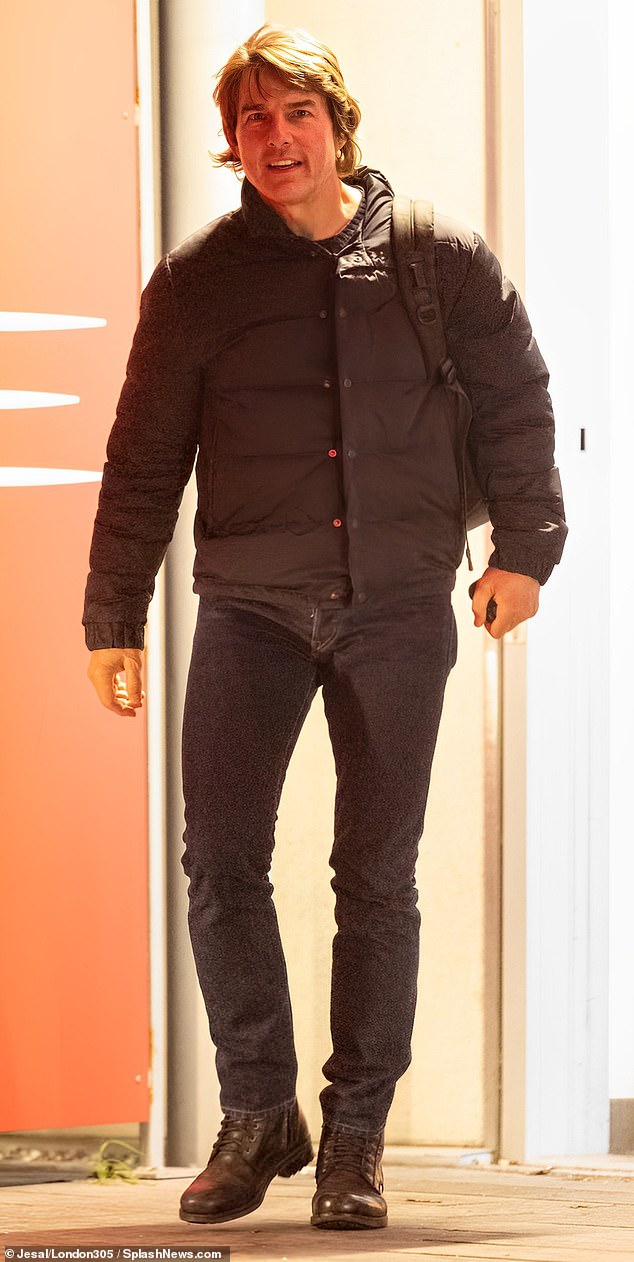 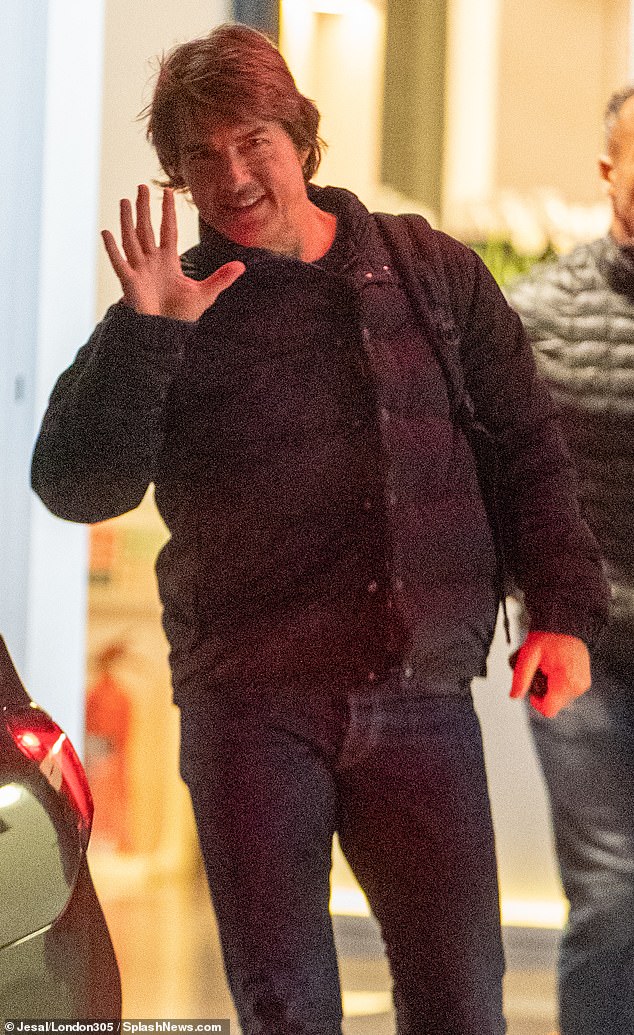 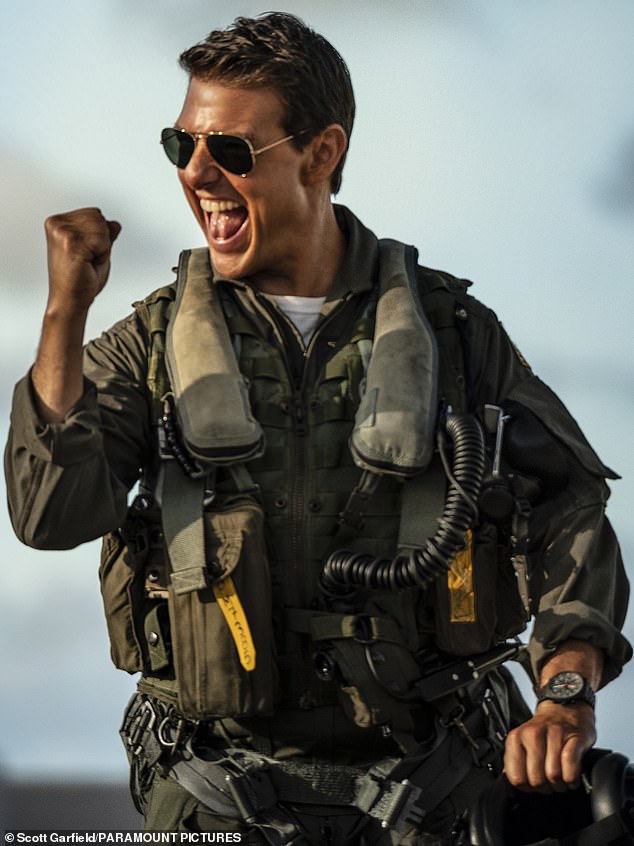 Top Gun: Maverick lured audiences back to cinemas in their droves after covid closures brought the industry to its knees. But will the Oscars recognize the film, which is nominated in the Best Picture category, or reward one of the high-brow contenders?

But after covid slammed the door on cinemas for nearly three years, it was Top Gun that helped bring back audiences in their droves – and proved blockbusters are the backbone of Hollywood.

While stuffy Best Picture nominees such as Tar and The Fabelmans have impressed critics, they’ve flopped at the box office, bringing in little more than $5m each. 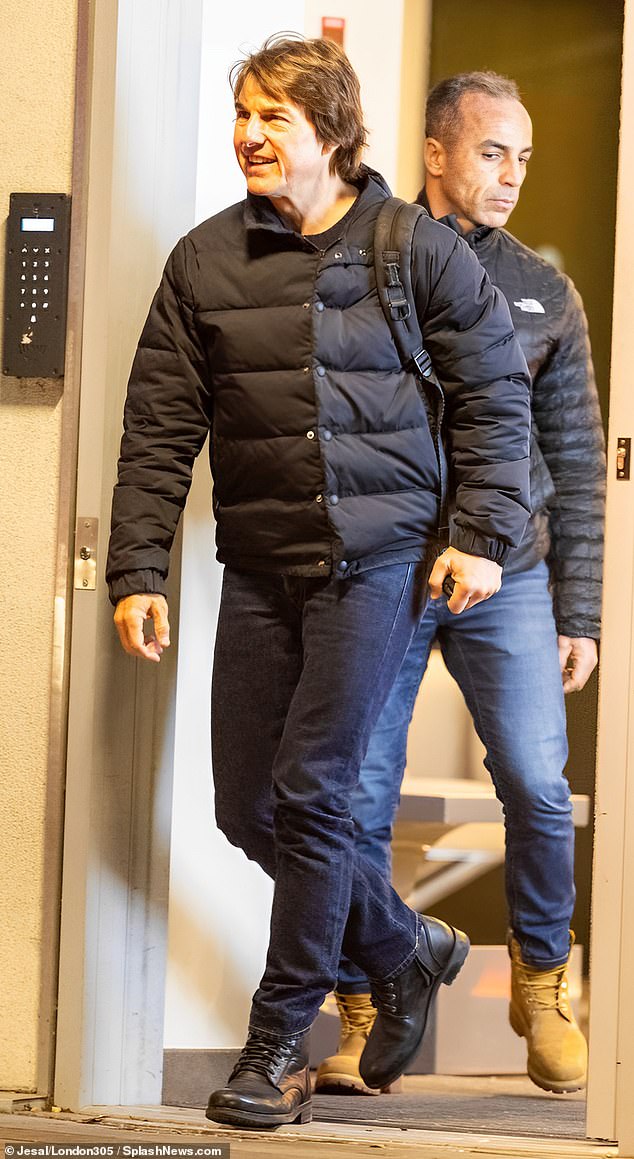 Cruise, seen in London following the announcement of the 2023 Oscars nominees, has been nominated three times previously but never won. Top Gun: Maverick is a contender for Best Picture after it brought audiences back to cinemas in their droves following covid lockdowns 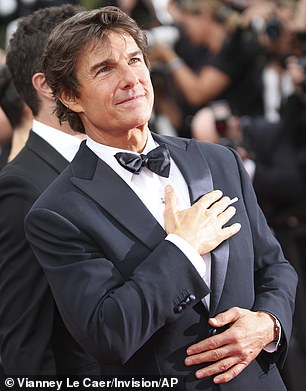 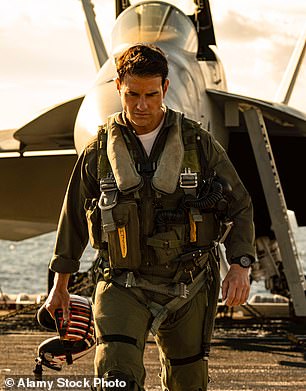 Tom Cruise (left at the Top Gun: Maverick premiere) returned as Pete ‘Maverick’ Mitchell for the 2022 movie, which raked in nearly $1.5 billion at the box office 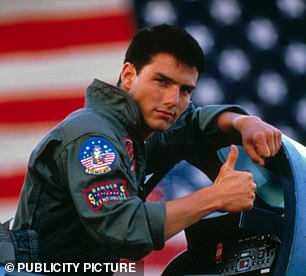 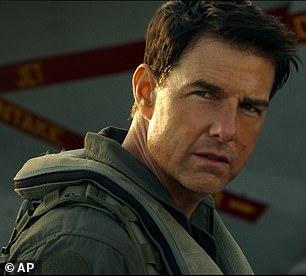 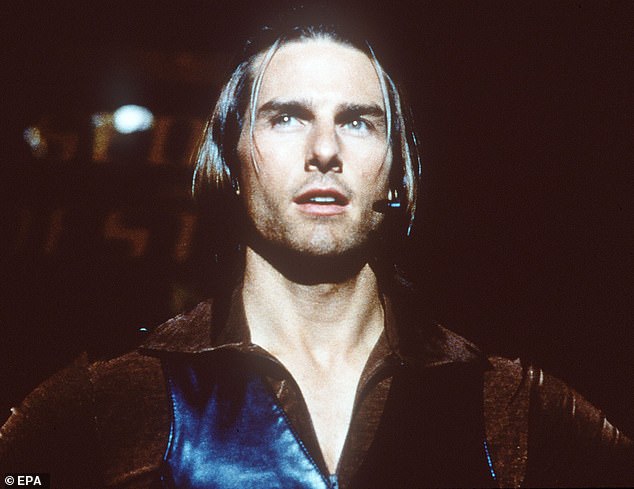 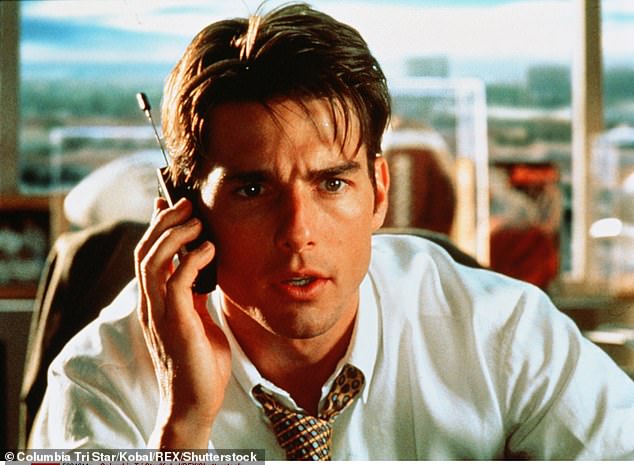 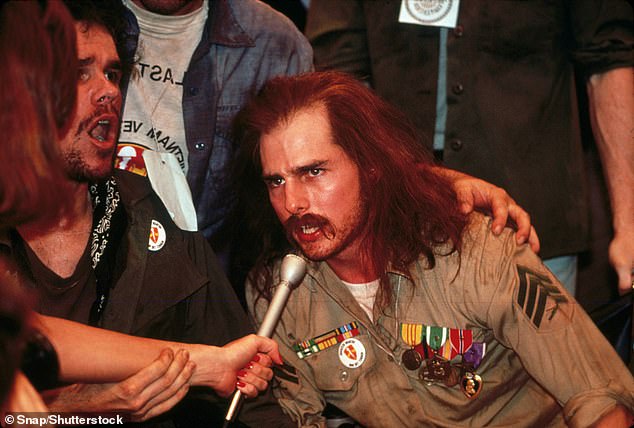 Cruise picked up his first nomination at the 1990 awards, when he was shortlisted for Best Actor for his role in Born on the Fourth of July

Top Gun: Maverick bagged nearly $1.5 billion – at a time when the industry desperately needed a boost.

Cruise has shone in a huge range of roles throughout his career, but failed to earn an Oscar. He’d be forgiven for giving up on attempts to impress the judges.

Movie buffs have raised several theories for why one of Hollywood’s biggest stars has failed to scoop one the biggest prizes.

The Academy has long been known to reward ‘sophisticated’ films in favor of blockbuster hits – especially in recent years as it attempts to project itself as a progressive (or woke) organization.

Last year’s Best Picture award went to CODA, which follows the sole hearing member of a deaf family. The film, which had a $10 million budget, was critically-acclaimed and Apple paid $25 million for the rights to the film – modest sums in Hollywood terms.

A Best Picture gong for Top Gun: Maverick would be a break from the norm for the Academy – but some observers say that’s what the industry, and the awards, need to bring back mainstream audiences. 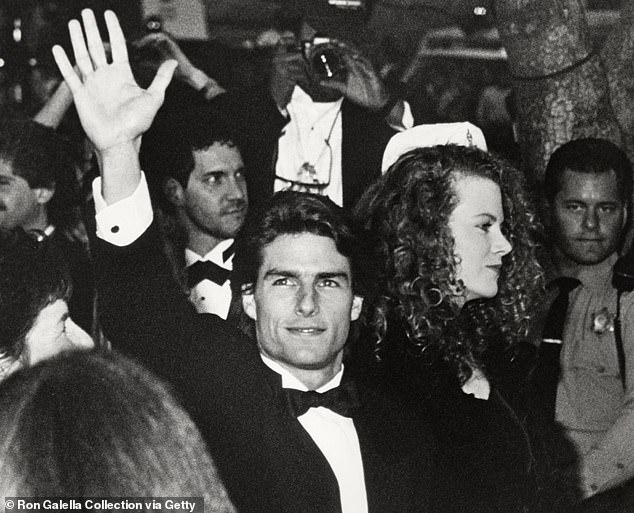 Tom Cruise waves as he stands beside Nicole Kidman at the 1990 Oscars ceremony. He was nominated for Best Actor for his role as Ron Kovic in Born of the Fourth of July. The award went to Daniel Day-Lewis for his role as Christy Brown in My Left Foot 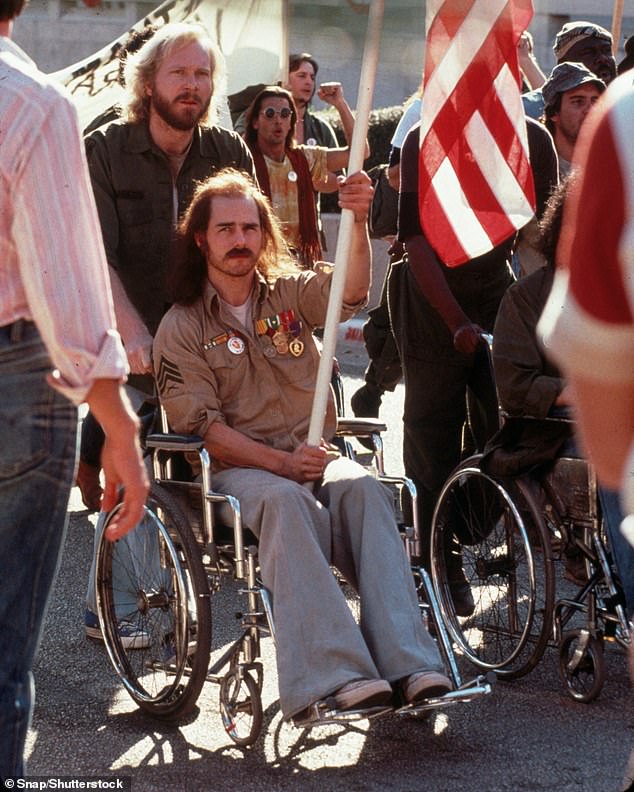 Cruise as Ron Kovic in Born of the Fourth of July, which earned him a Best Actor nomination at the 62nd Academy Awards 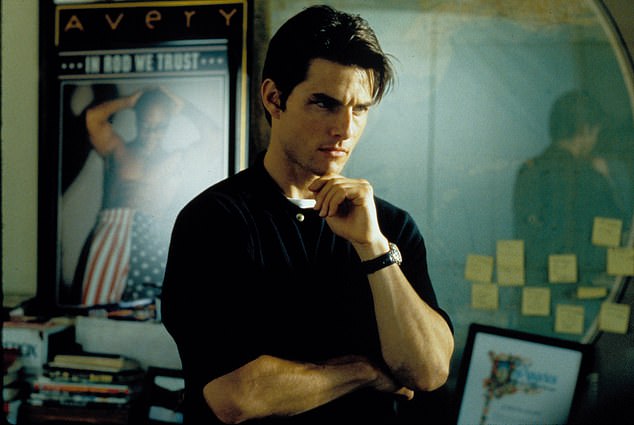 A scene from the 1996 movie Jerry Maguire, which earned Cruise a Best Actor nomination for his appearance in the title role

Cruise has also faced his fair share of controversies throughout his illustrious career -which some speculate may have hindered his Oscars chances.

He’s had three divorces, including high-profile splits from Nicole Kidman in 2001 and Katie Holmes in 2012.

Most notably, his role within the Church of Scientology has raised eyebrows among his Hollywood colleagues.

But despite the rough and tumble of his personal life, Cruise has consistently shone as an actor across a career of more than four-decades, and fans say an Oscar is long overdue. 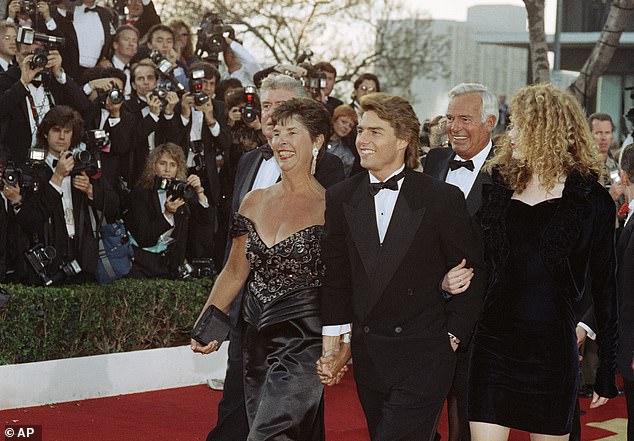 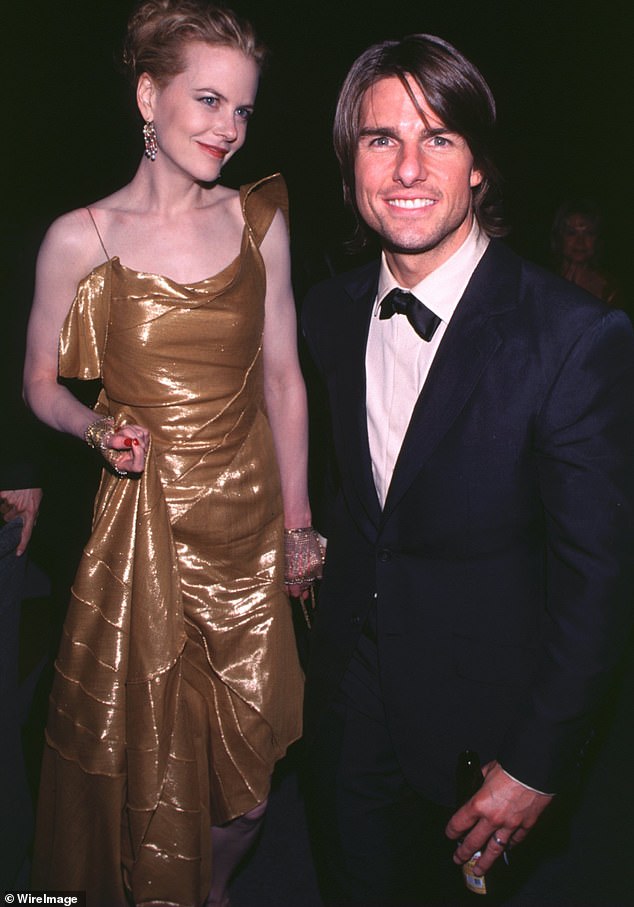 Tom Cruise and Nicole Kidman during The 72nd Annual Academy Awards, when he was nominated for Best Supporting Actor for his role in Magnolia

Cruise served as a producer on Top Gun: Maverick and his co-stars have already tipped him for an Oscar at the 2023 awards.

Ellis said: ‘As the movie was pushed because of the pandemic, he would reach out to us and say, “This movie has been to be in theatres. The viewing experience of this movie is going to make people love going to theatres and love film again.”

‘And he was right. It was a gamble considering what was going on in this world. It was a gamble that paid off in an absolutely amazing way. It helped the world feel ready to go back to theatres.’ 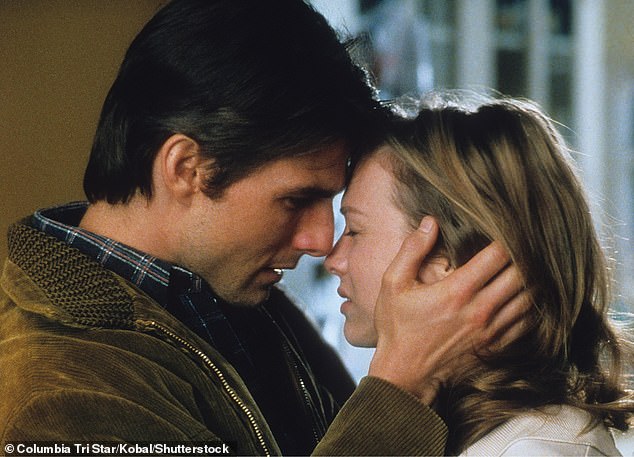 Cruise appears alongside Renee Zellweger in Jerry Maguire, which earned him a Best Actor nomination 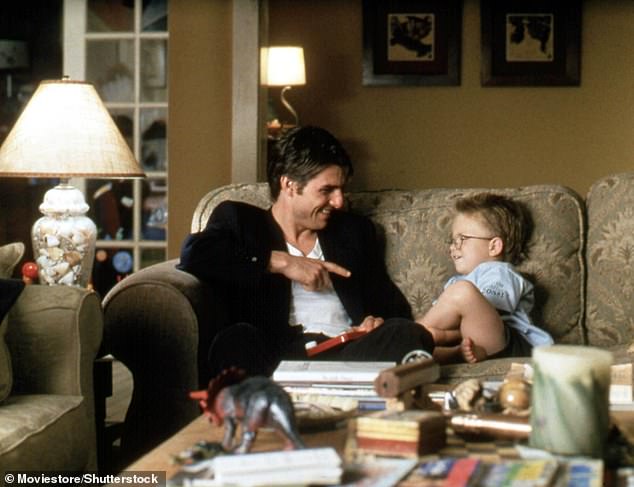 Cruise received a Best Actor nomination at the 1997 awards for his title role in Jerry Maguire, but the award was picked up by Geoffrey Rush for his role as David Helfgott in Shine

Fans also say Cruise has been overlooked for previous performances, including those for which he received nominations. Some believe he should have scooped the Best Supporting Actor award for his performance in Magnolia, when he was beaten by Michael Caine for his appearance in The Cider House Rules.

It’s also been suggested his co-stars have often taken the glory. Cruise missed out on a nomination for his role in Rain Man, while co-star Dustin Hoffman won the award for Best Actor in a Leading Role. Some fans say Cruise’s performance was worthy of a Best Supporting Actor gong.