Adorable moment The Queen’s visit to an Australian primary school in 2000 went wrong when children failed to recognise her: ‘Whose nana is that?’

In early 2000, the late Queen toured to Busselton in Western Australia’s southwest on the final day of her 16-day Royal tour of Australia with her husband Duke of Edinburgh Prince Philip.

The visit included a stop at Vasse Primary School, where a perplexed Queen was caught off-guard by several kindergarten pupils who failed to recognise her during a tour of their classroom, while another assumed she was just someone’s nana.

Brian Devereux had only recently started as principal at the school weeks earlier when he got a call from his boss asking whether he’d be willing to host a very important visitor.

#Onthisday 1990: The #queen was asked her name during a school visit in Australia! #royalfamily #QueenElizabeth #RoyalTour #History #Archive #learnontiktok #fyp 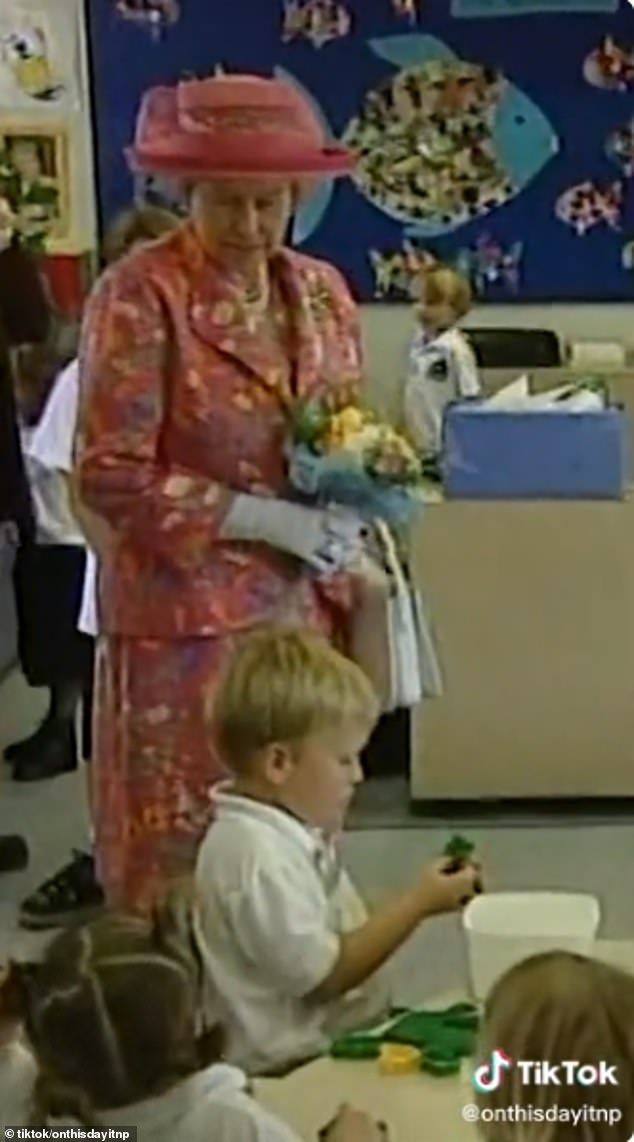 ‘He said, Elizabeth Windsor —and I said, oh, is she in education or something?’

‘And my boss said to me, after a little bit of a pause —Brian, does the word Her Majesty or Queen ring any particular bells with you? I said, are you joking?’

He still vividly remembers the chaotic classroom scenes which unfolded in front of the international media.

‘I took Queen Elizabeth into my pre-primary classes [of] five-year-olds, and some little kid in the front row yelled out, ‘whose nana is that’?’ Mr Devereux recalled.

‘I got sent an article from London from The Daily Telegraph saying that clearly education in Australia was lacking somewhat, because these children at this particular school didn’t know who Her Majesty was.’

Mr Devereux served 15 years as principal at the school before retiring in 2015.

As her husband dropped in on a year seven computer class and happily received a technology lesson from students, the Queen’s visit of a pre-kindy class didn’t quite go to plan.

She looked briefly perplexed and chose to ignore the question before the persistent boy again requested her name. 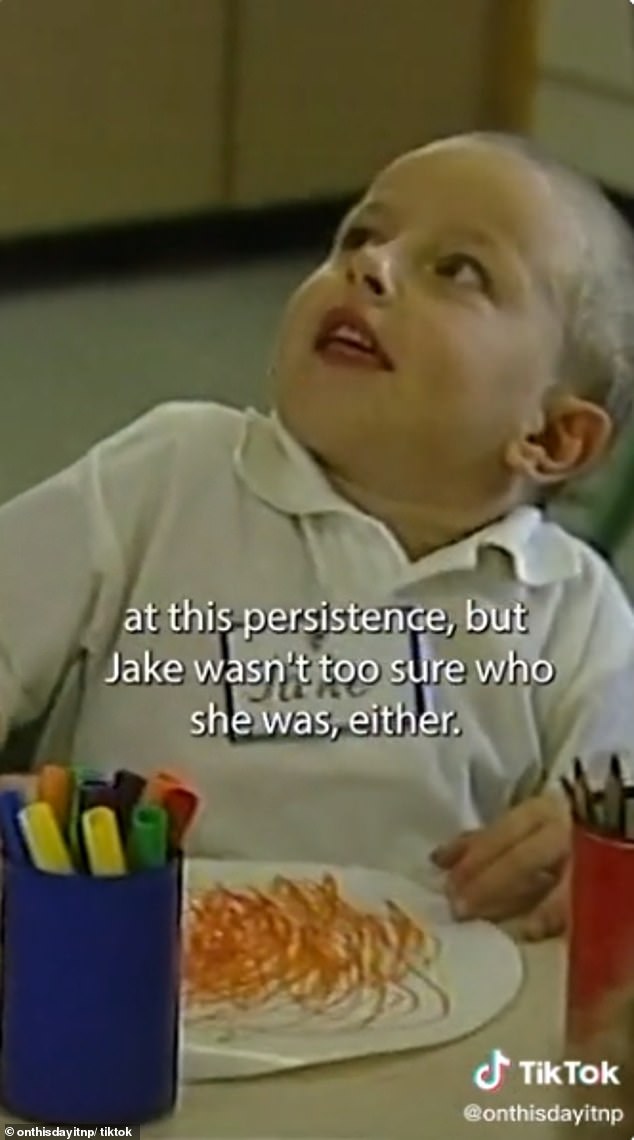 Another boy named Jake looked confused while being greeted by the Queen as she inspected his artwork.

The footage also shows four-year-old Jacinta Haywood bursting into tears and being comforted by a teacher after she copped a whack on the head from classmate Sol, who was sitting next to her.

The incident which unfolded in front of the media sparked headlines around the world, including broadcasters BBC and CNN.

Teachers had spent several weeks preparing the pupils for the special visit to ensure they would be on their best behaviour. But three-year-old Sol had been absent for most of the preparations.

‘He’s only been here for two days,’ teacher Sue Merry told the media at the time.

‘We’ve been telling the kids about the Queen, but he’s missed it all.’

‘Why couldn’t she just say who she was? They are children for goodness sake,’ one commented.

Another quipped: ‘For someone with four children, she really has no idea how to talk to kids.’

Other viewers sparked comparisons of how the late Princess Diana and the Duchess of Cambridge Kate Middleton would have handled the situation far differently.

‘What would Diana have done? Got down to there [sic] eye level and said ‘hello my name is Diana.’ Her silence is deafening,’ one posted.

Another added: ‘Can you image Diana or Kate just ignoring them?’ 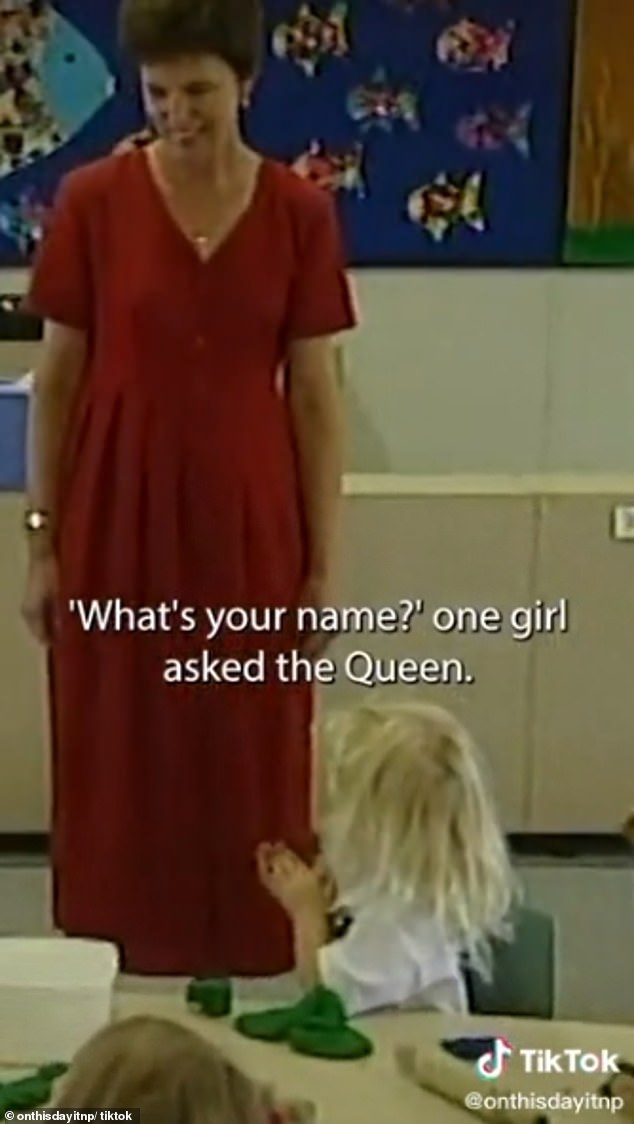 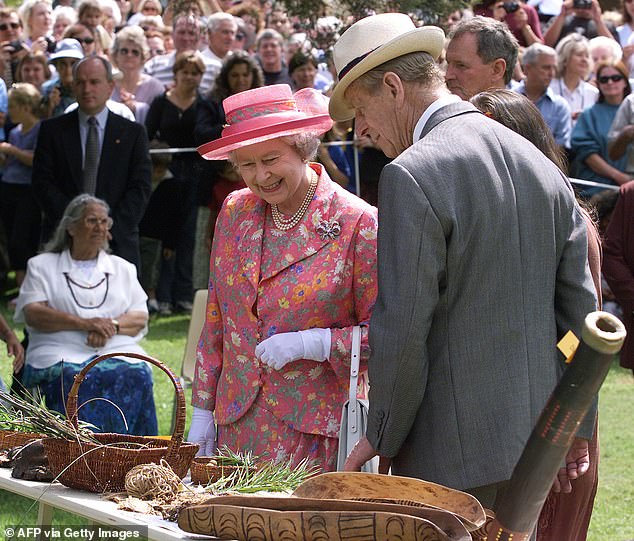 The awkward encounter wasn’t the only memorable moment from the Royal visit to Vasse Primary School.

The couple later enjoyed a performance by the school choir during a special assembly when two boys in the audience became embroiled in a scuffle, forcing embarrassed staff to intervene.

The visit in late March 2000 was the final leg of the Royals’ 16-day Australian tour, which included time in NSW, the ACT, Victoria, Tasmania and the Northern Territory,

The tour took place just months after Australians voted against becoming a republic.

It was the Queen’s 13th Australian tour and her second appearance at the school, 46 years after she visited during her first tour in 1954.

Schoolchildren were among the huge welcoming committee which greeted Queen and Prince Phillip when they touched down at Busselton Airport.

The royal couple also inspected world-class produce from the region, toured the Waljin Aboriginal interpretive garden before enjoying a lunch with local dignitaries which was prepared by TAFE students. 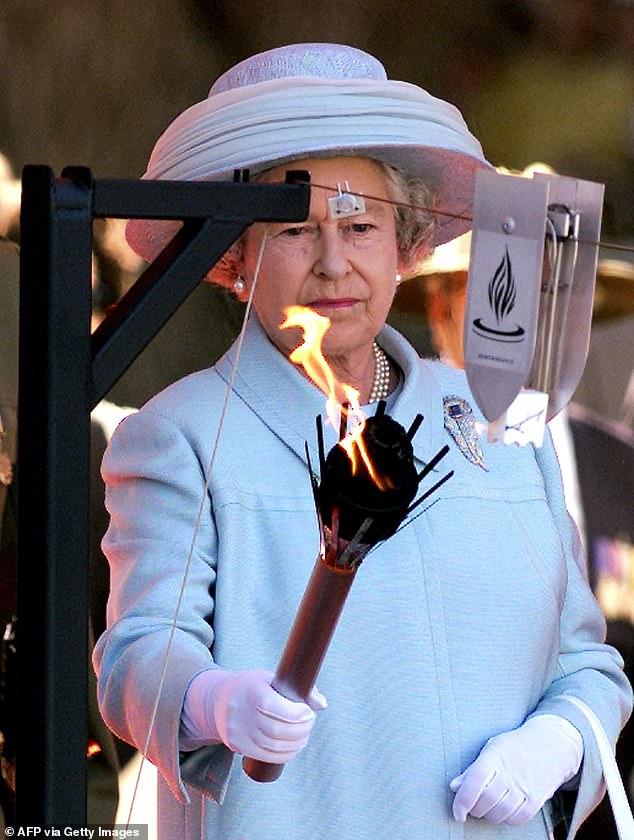 The Royals then headed north to Perth for their final night in Australia, where they attended a civic reception at Government House.

‘Prince Philip and I have been given the warmest of welcomes from everybody we have met, whatever views and aspirations they might have for the future of this country,’ the Queen addressed attendees.

‘This has been true of people from every background, age or walk of life.’

Western Australia was the last state she visited on her final tour.

‘Western Australia has a very large number of our citizens born in Britain. Around 300,000 West Australians were born there – about one in nine of our citizens. Many will be feeling the loss of her majesty very acutely.’

Her funeral will be held at London’s Westminster Abbey next Monday. 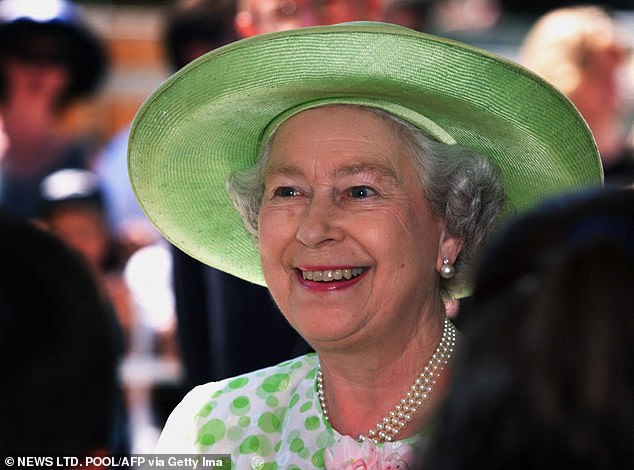