AS Halloween approaches each year, we may not be as familiar with carving white pumpkins as the distinctive orange pumpkins.

But once a rare commodity, white pumpkins are now seeing a huge surge in popularity. 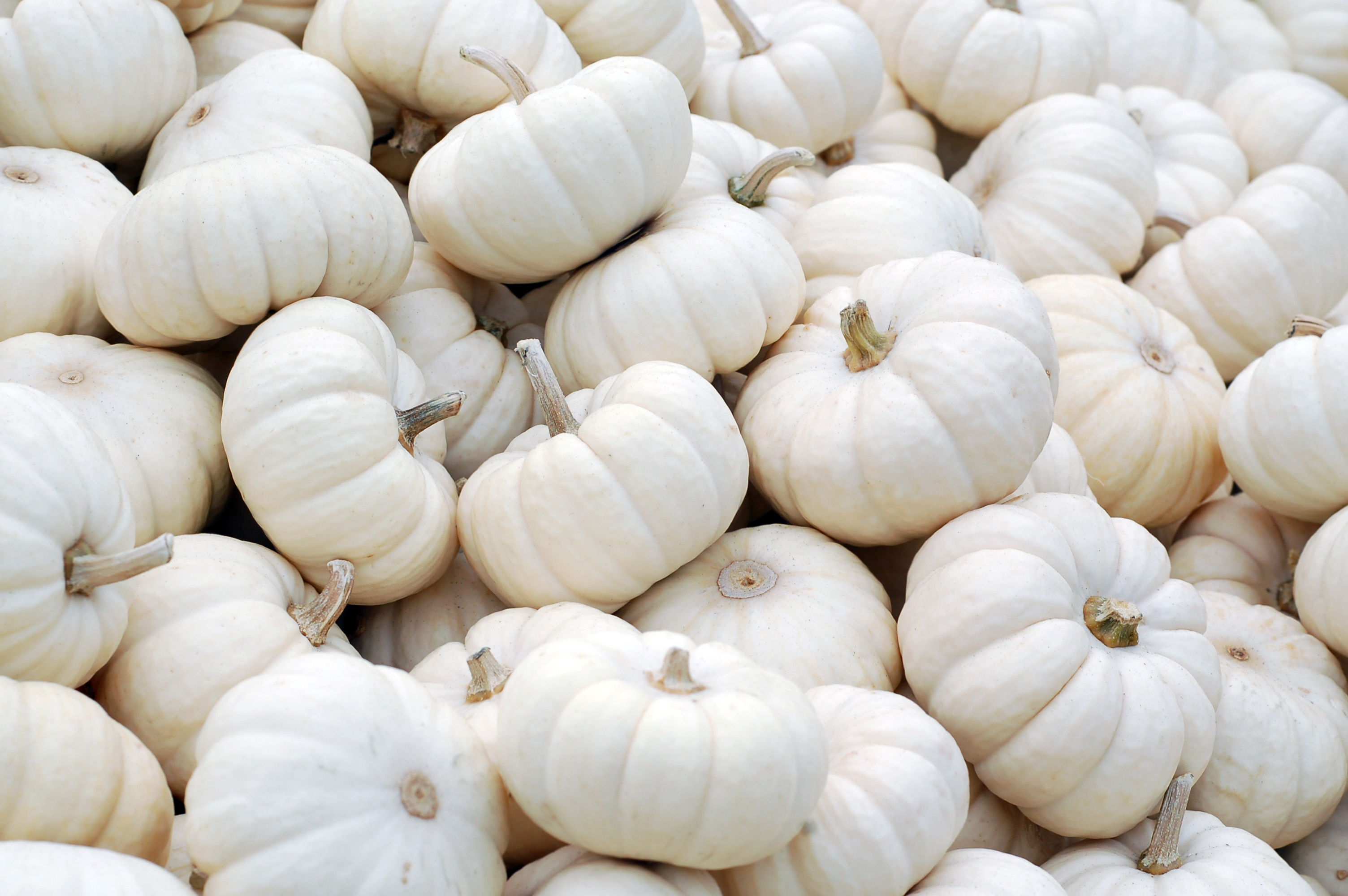 They can be referred to as grey pumpkins, ghost pumpkins, albino pumpkins and even snowball pumpkins.

Some common varieties of these pumpkins include Snowball, Cotton Candy, Baby Boo, Lumina, and Casper.

White pumpkins didn’t really come on the scene until the early part of the 21st century, viewed more of an accident in genetics rather than a popular sales item until that point.

They're considered particularly attractive and look especially striking when paired with orange varieties.

What is the difference between a white pumpkin and a regular pumpkin?

White pumpkins have been bred by scientists and pumpkin growers.

One of the first white pumpkins ever produced was by a University of New Hampshire professor named Brent Loy, who successfully grew a white pumpkin he called Moonshine.

White pumpkins are grown in exactly the same way as orange pumpkins.

They must be planted once the soil has warmed and the danger of frost has passed.

They take a long time to grow, too – usually, around 90 days, although this can vary depending on the size and cultivar of your pumpkin as well as your growing conditions.

Most white pumpkins will taste more or less the same, but generally, those that are smaller and more compact will have sweeter, more pronounced flavours.

There are just as many nutritional and culinary benefits from eating white pumpkins as there are from eating orange pumpkins.

They have a low calorie count, coming in at fewer than 50 calories per cup.

You can use them in soups and pies, and like orange pumpkin seeds, their seeds can also be eaten – just toss them in a skillet or roast them in the oven.

As with other kinds of pumpkins, you can also freeze and puree white pumpkin.

What is a white pumpkin used for?

As well as using white pumpkins as an obvious Halloween decoration, they're a great decoration all year round.

Many people use them in gourd and pumpkin displays in their homes and businesses – often used as centrepieces too.

Because the skin on a white pumpkin is thinner than that of an orange pumpkin, it’s also a great choice for carving.