Is YOUR dog gifted? Some pooches can learn up to 12 new toy names in one week and remember them for at least two months – with Border Collies topping the list, study finds

Some dogs are able to learn up to a dozen new toy names in a single week, and can remember them for at least two months, according to the authors of a new study.

This rate of discovery and memory retention is similar to that of a one year old chid, according to the team from Eötvös Loránd University (ELTE) in Budapest, Hungary.

Border Collies and German Shepherds were found to be among the more intelligent breeds taking part in the study exploring how human language is learned.

Not all dogs are able to achieve this level of intelligence, the team found, with the best coming forward as part of the ‘Genius Dog Challenge’ run by the researchers.

The team from Hungary spent more than two years searching around the world for dogs that had learned the names of their toys – finding just six. 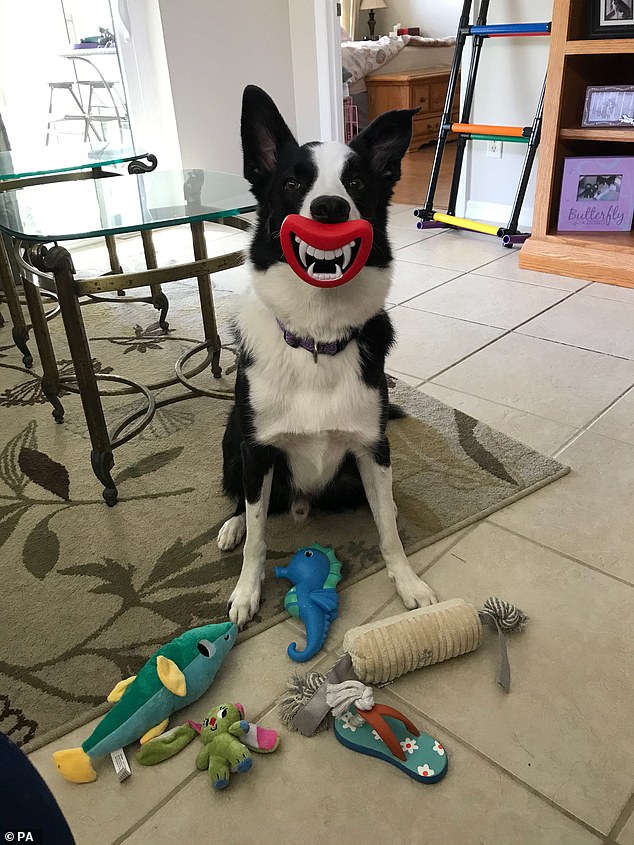 This is Squall, one of six dogs found from a two year search to have the ability to remember toy names for up to two months 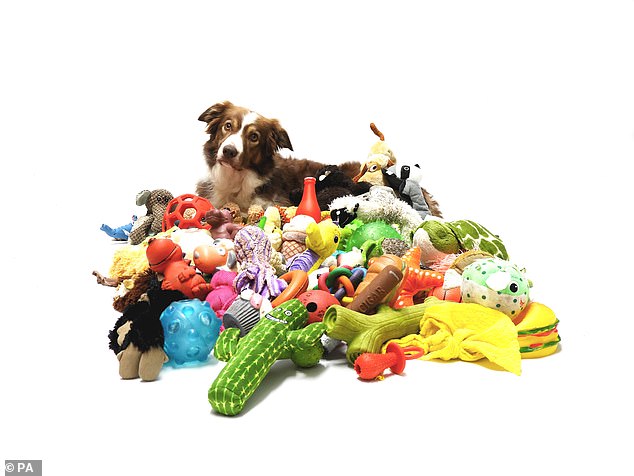 This is Nalani. This rate of discovery and memory retention is similar to that of a one year old chid, according to the team from Eötvös Loránd University (ELTE) in Budapest, Hungary 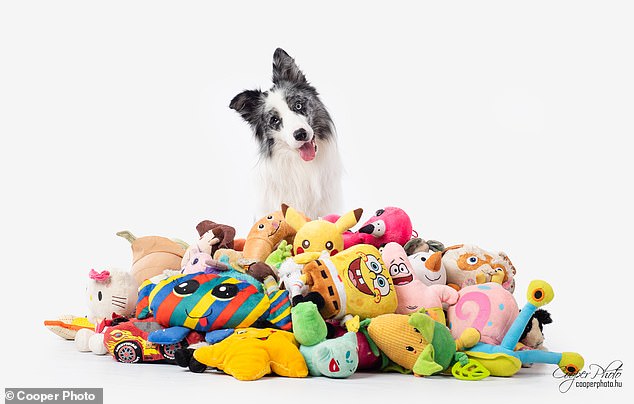 Max is a talented dog, who participates in experiment at Ethology Department at Eötvös Loránd University 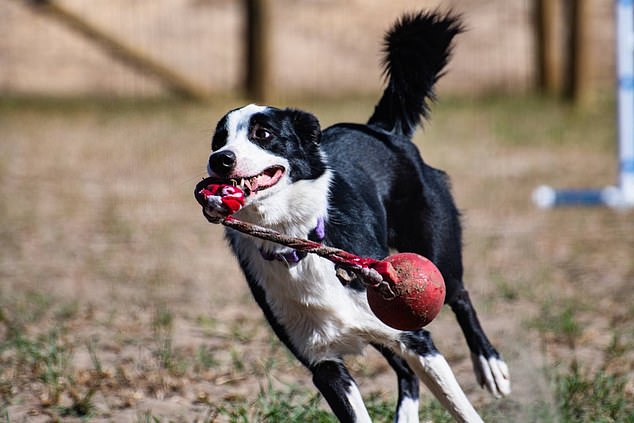 Squall remembers toy names and can fetch them on command. Border Collies and German Shepherds were found to be among the more intelligent breeds taking part in the study exploring how human language is learned

Study author, Shany Dror, from the Family Dog Project said it was already known dogs could learn words linked to actions, such as ‘sit’ or ‘down’ but very few are able to learn the actual names of objects and then remember them for extended periods.

The clever pups were: Max, from Hungary, Gaia from Brazil, Nalani, from the Netherlands, Squall from Florida, Whisky from Norway, and Rico from Spain.

They all qualified to participate in the experiments after proving they knew the names of more than 28 toys, with some knowing more than 100.

Dr Claudia Fugazza was the head of the research team and said: ‘These gifted dogs can learn new names of toys at a remarkable speed. 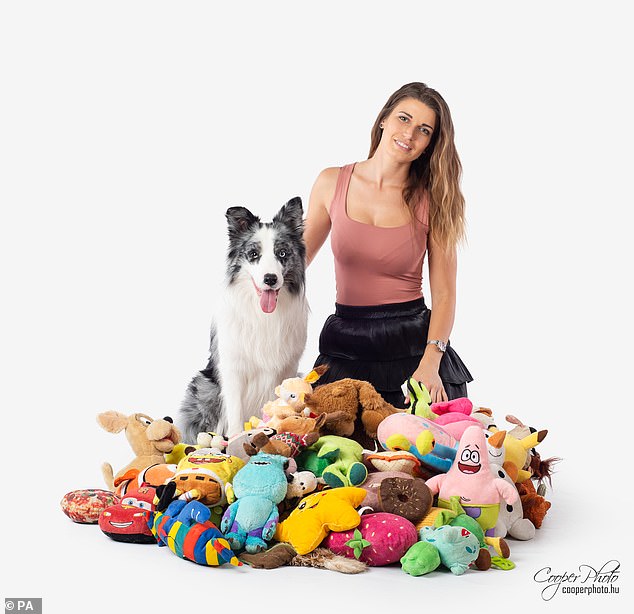 Max and owner Ildiko from Hungary.  The study not only revealed that some gifted dogs can learn new words at an astonishing rate, but it also standardises a new way of conducting science 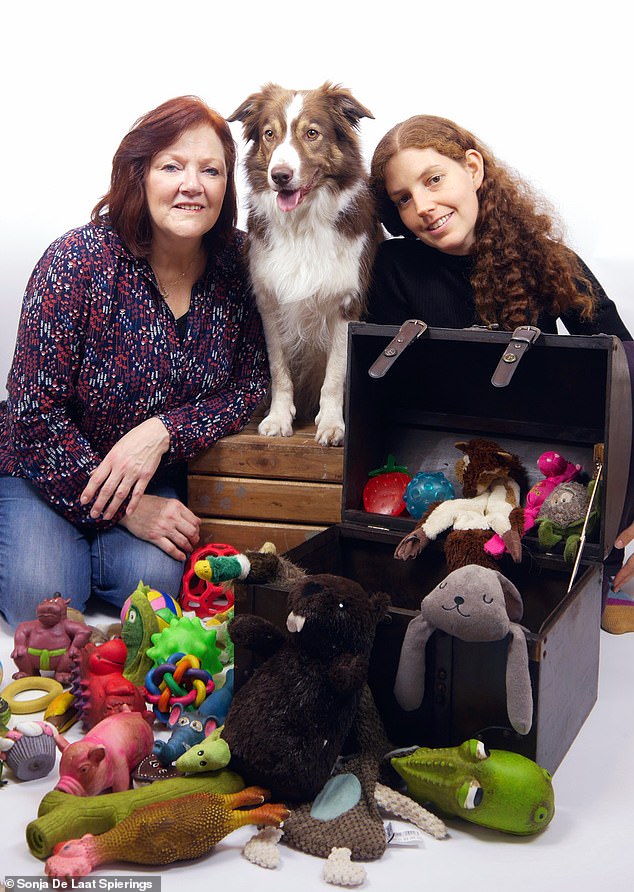 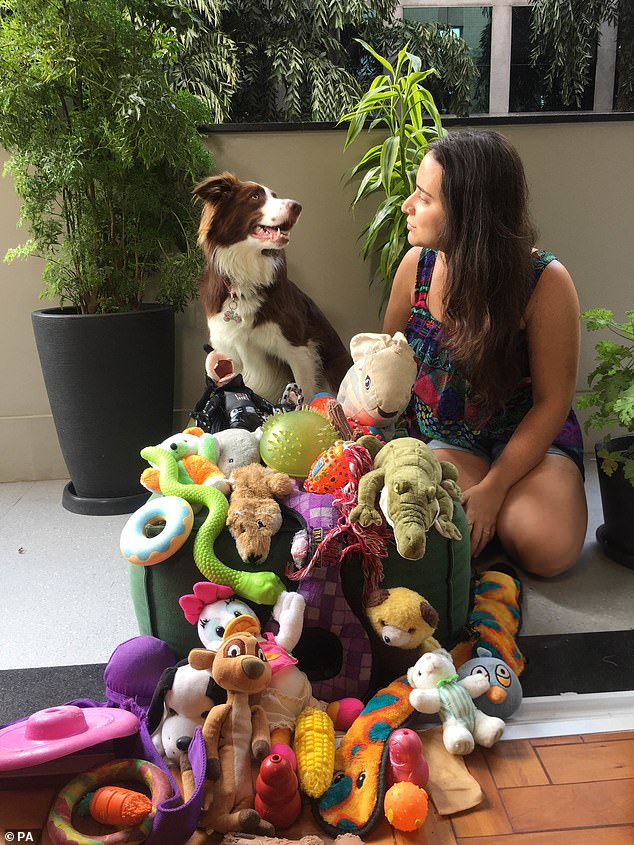 Gaia is here with owner Isabella. They took part in the Genius Dog Challenge to find the brightest breeds in the world

‘In our previous study, we found that they could learn a new toy name after hearing it only four times, but, with such short exposure, they did not form a long-term memory of it.’

In the study, the researchers wanted to push the limits of their talent, so they challenged the owners to teach their dogs the names of six and then 12 new toys.

The researchers said they were left amazed by each performance.

Ms Dror said: ‘It turned out that, for these talented dogs, this was not much of a challenge. They easily learned between 11 and 12 toys.’

The study not only revealed that some gifted dogs can learn new words at an astonishing rate, but it also standardises a new way of conducting science.

Because of the Covid lockdown restrictions, the team had to turn each of the owner’s homes into labs by asking them to set up two video cameras and connect to a live stream, which monitored the dogs’ and owners’ behaviours.

‘Once we realised we can remotely test the dogs, we decided to bring the experiment to the homes of people all around the world by broadcasting the tests live on YouTube,’ Ms Dror explained.

The YouTube series soon became viral on social media, with one video racking up a total of 40,000 views.

In the pack of crafty canines, it came as little surprise to the scientists when the Border Collie showcased excellent memory skills. 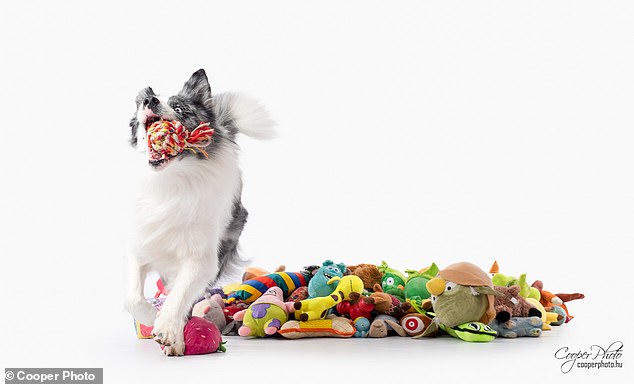 Max running away with one of the toys he has learnt the name for. Because of the Covid lockdown restrictions, the team had to turn each of the owner’s homes into labs by asking them to set up two video cameras and connect to a live stream, which monitored the dogs’ and owners’ behaviours 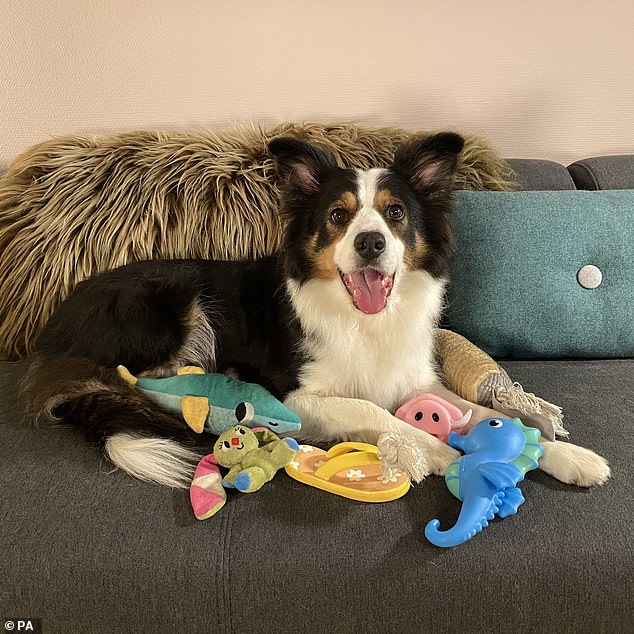 Whisky from Norway is here with its toys. The YouTube series soon became viral on social media, with one video racking up a total of 40,000 views 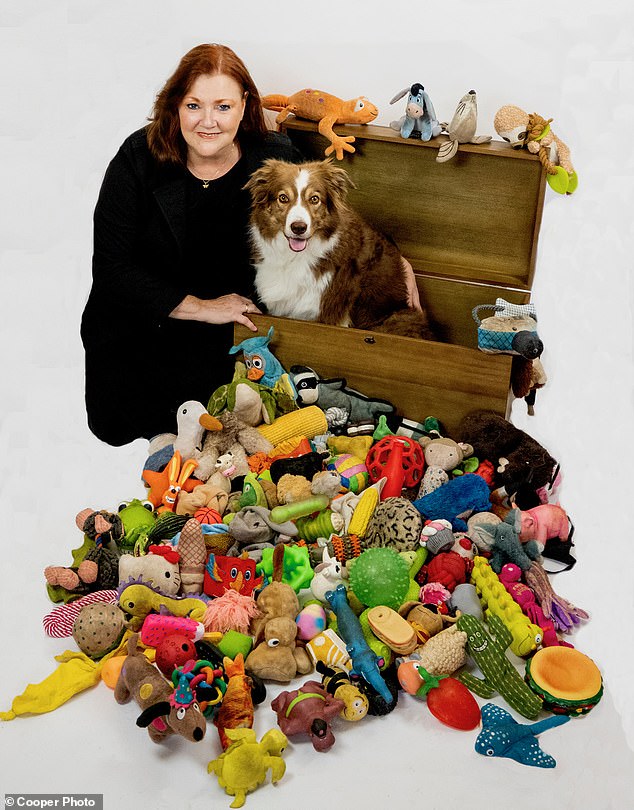 Nalani is seen with her toys and owner Sonja. In the pack of crafty canines, it came as little surprise to the scientists when the Border Collie showcased excellent memory skills

‘Originally Border Collies were bred to work as herding dogs, so most of them are very sensitive and responsive to the behaviour of their owners,’ said Ms Dror.

However, although the ability to learn names of toys appears to be more common among Border Collies, they found that even among this breed, it is very rare.

‘Moreover, this talent is not unique to this breed. We are constantly searching for more gifted dogs,’ the authors wrote in the Royal Society Open Science journal.

They managed to find a bright German Shepherd, Pekinese, Mini Australian Shepherd and a handful of mixed breed canines.

Professor Adam Miklósi, co-author of the study, said: ‘Dogs are good models for studying human behaviour as they evolve and develop in the human environment.’

‘With these talented dogs, we have a unique opportunity to study how another species understands the human language and how learning words influences the way we think about the world,’ he added.

‘Gifted dogs are especially interesting because they show that also among other species there are individuals that are uniquely talented.

‘With the help of these dogs, we hope to better understand the factors that contribute to the development of talent’.

The researchers went on to explain that the skill needed to learn object names is very rare in other species.

The Genius Dog Challenge team is encouraging dog owners who believe their dogs can recognise and remember multiple toy names to contact them.

The study was published today in the Royal Society Open Science journal.

PEOPLE HAVE KEPT ANIMALS AS PETS FOR MILLENNIA

Pets have been a companion to humans for millennia.

In fact, according to Greger Larson, director of the University of Oxford’s palaeogenomics and bio-archaeology research network, humans have likely kept baby animals for amusement as long as humans have lived.

But the story of exactly how animals became domesticated is much debated and often only glimpsed at from scraps of fossils and DNA.

Scientists largely agree that dogs were the first domestic animal. They were tamed and used for work or for their meat.

A study published by University of Maine researchers in 2011 found evidence that dogs were being bred, and, eaten, by humans living in Texas some 9,400 years ago.

A more recent study in 2017 found dogs were domesticated in a single event by humans living in Eurasia.

‘New research last year provocatively suggested that dogs could have been domesticated twice but our conclusion was there is no evidence for dual domestication.

‘We would argue that finding evidence for only one domestication event is a big deal, because it is very important to helping us understand how domestication works.’

His research found that dogs evolved to be a separate species from wild wolves sometime between 20,000 and 40,000 years ago.

But it’s not known if they were the first pets, and kept for companionship.

A study this year found  compared the genomes, or complete genetic codes, of modern domestic and wild rabbits to see how long it had taken them to diverge.

Using the known mutation rate of certain biomolecules as a ‘molecular clock’ they found it was not possible to pin down rabbit domestication to a single date or event.

Instead, the creation of tame buns appeared to be a cumulative effect stretching back to Roman times and possibly the Stone Age.

The story of domestication is not a linear progression from wild to domestic, Larsen told the Smithsonian.

‘These things exist on a continuum,’ says Larson. He said when the first pet came into being is ‘a bit like asking when did life begin?’