MONKEYPOX is a rare disease which can cause fever, headaches and muscle aches in people who catch it.

Most cases of the illness are found in Africa, but Health Secretary Matt Hancock last month revealed that there has been a small number of cases detected in the UK. 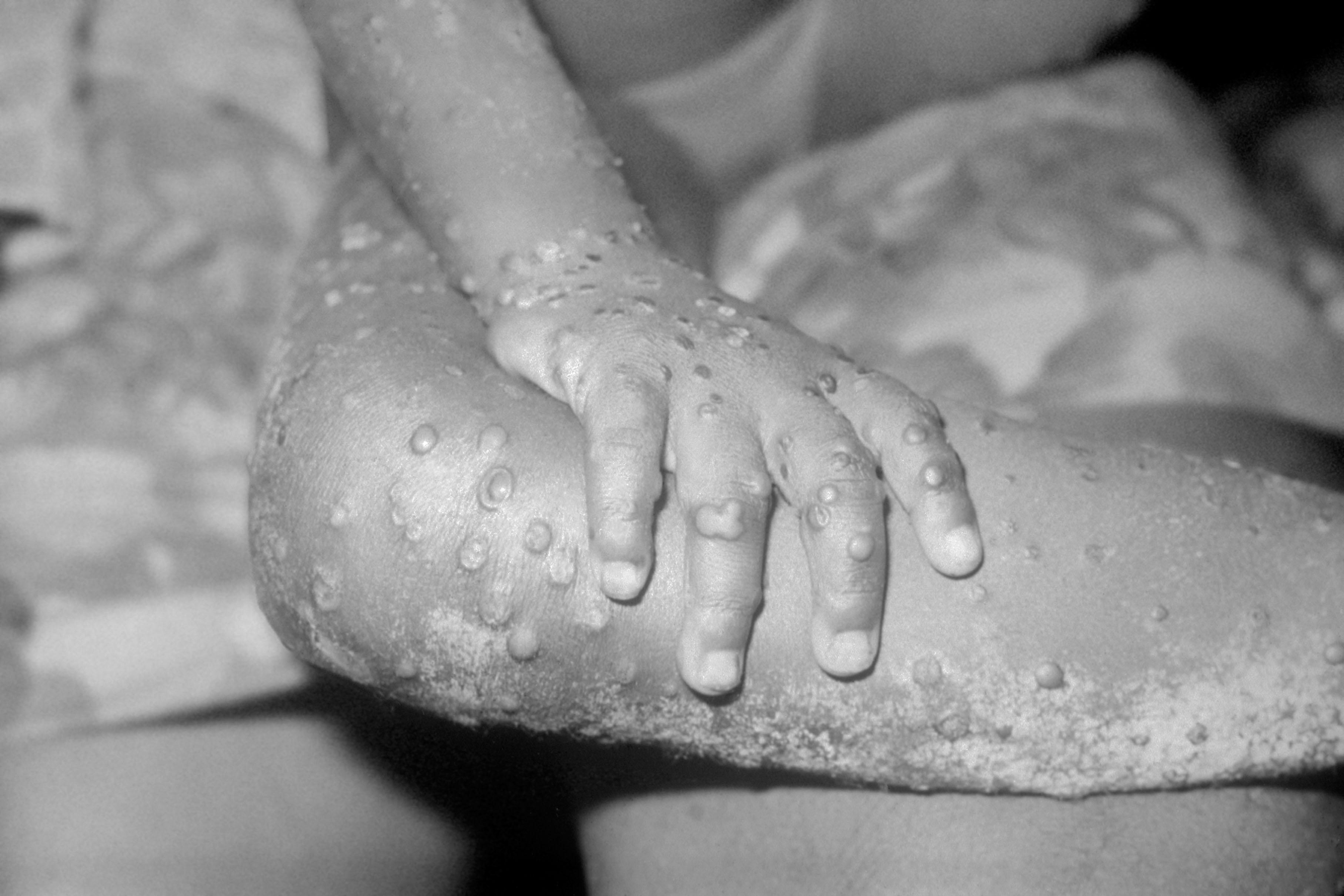 In most cases it is a mild illness that can get better with time, however serious symptoms can arise with the patient needing treatment in a specialist hospital.

Here we take you through all you need to know about monkeypox, what the key symptoms are to look out for and how you can catch it.

Monkeypox is an infectious disease caused by the monkeypox virus.

This particular virus is a rare zoonosis, this means that it is transmitted to humans from animal.

It primarily occurs in remote parts of central and west Africa, near tropical rain forests.

It isn't easily spread between people, with transfer usually only possible through close physical contact.

Is monkeypox in the UK/US?

Health Secretary Matt Hancock announced there had been an outbreak of the monkeypox virus in June 2021, although few details were given.

The Sun was told there were two cases in North Wales.

The first case caught the virus abroad before passing it onto someone in the same house.

They were admitted to a hospital in England, where one remains.

The cases would be only the fifth and sixth cases ever recorded in the UK.

Monkeypox has been seen just four times in the past, with cases dating back to 2018 and always in travellers from other countries.

However an NHS nurse once caught the virus in 2018 while changing the bedsheets of a patient in hospital, blaming "pathetically small" protective gloves.

Another case was seen in South West England in December 2019 in someone who had visited Nigeria.

In November 2021, the CDC confirmed a breakout case of monkeypox in a patient from Maryland who had returned to the United States from Nigeria.

The patient developed mild symptoms, had not been hospitalized and is in isolation, according to the Maryland Department of Health (MDH).

“Our response in close coordination with CDC officials demonstrates the importance of maintaining a strong public health infrastructure,” MDH Deputy Secretary for Public Health Jinlene Chan said in a statement.

Since the virus’s reemergence, 218 cases have been reported in Nigeria and with eight other cases popping up internationally.

The CDC describes monkeypox as a “rare but potentially serious” disease. 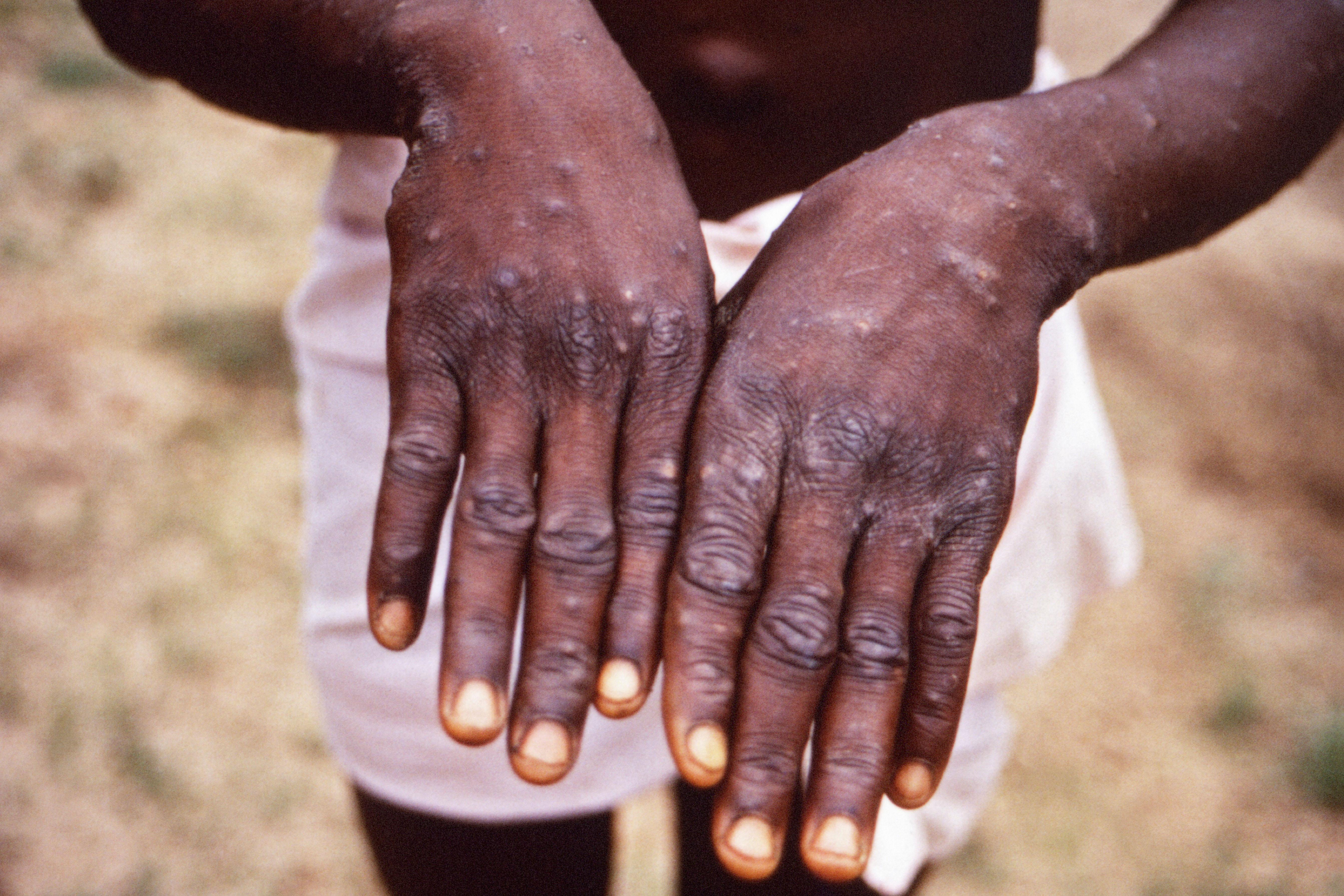 According to WHO, the monkeypox virus is similar to human smallpox.

Although monkeypox is much milder than smallpox, it can be fatal.

It has a mortality rate of between one and 10 per cent, with most deaths occurring in younger age groups.

How do you catch it?

Infection usually occurs after direct contact with the blood, bodily fluids or skin lesions of an infected animal.

In Africa, human infections have been documented through the handling of infected monkeys, Gambian giant rats and squirrels.

Eating the inadequately cooked meat of an infected animal is a risk.

Human-to-human transmission can result from close contact with the skin lesions of an infected person, or objects recently contaminated by the patient.

Transmission can also occur via the placenta, known as congenital monkeypox.

What are the common signs and symptoms?

A painful rash and open sores can then develop, usually starting on the face.

If the rash spreads to the eyes it can cause blindness.

Symptoms generally last from 14 to 21 days, with severe cases relating to age, extent of virus exposure, the patient's health and the severity of complications.

What are the treatments of the disease?

There are no specific treatments or vaccines available, but outbreaks can be controlled.

Vaccination against smallpox has been proven to be 85 per cent effective in preventing monkeypox.

However, the vaccine is no longer available to the general public, as it was discontinued after global smallpox eradication.