TIKTOK churns out new trends each and every day that go on to consume the internet.

But what is the "bing bong" craze all about? Here's everything you need to know. 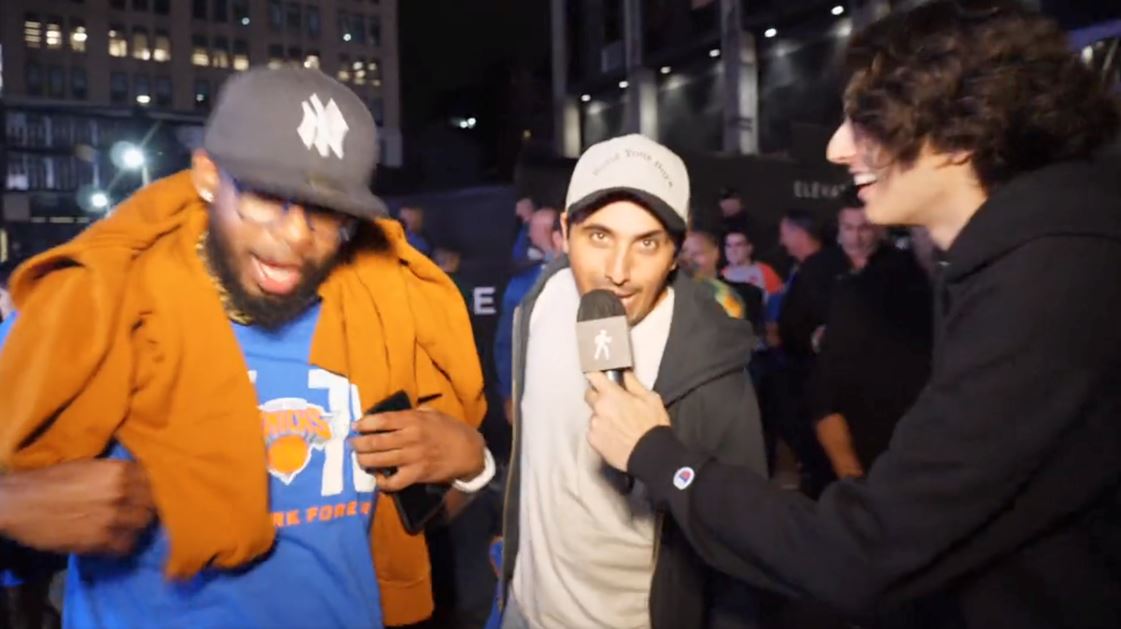 What does bing bong mean?

Although it may be hard to believe, there is actually a well-thought-out meaning behind the phrase "bing bong".

According to the originator, the expression is derived from a simple everyday experience.

It takes inspiration from when the doors on the subway close and a safety warning can be heard.

Passengers are reminded to: "Stand clear of the closing doors please," before a 'bing bong' noise signals the end of the announcement.

And believe it or not, this simple utterance has become a viral sensation.

Where has the TikTok trend come from?

TikTok trends can be inspired by anything and everything, so it's no surprise users quickly picked up on 'bing bong.'

The sound was quickly adopted by people keen to recreate the original clip, while others added their own scripts alongside the phrase.

The trend soon engulfed social media, with thousands of videos being shared on the clip-sharing platform.

Is the bing bong trend related to New York Knicks?

The phrase bing bong has now become a new rally cry for the New York Knicks – for players and fans alike.

After their season-opening against the Boston Celtics at Madison Square Garden, Side Talk NYC went to see how fans were celebrating the win.

The duo behind the self-proclaimed "one-minute street show" which roams around the Big Apple spoke to supporters to see their reactions.

One man, Jordie Bloom, hilariously skipped the small talk and instead looked straight into the camera saying: "Bing bong!"

He explained: "It relates back to the subway doors, the fact that it has New York ties, and the fact that what it means is only positive things.

"It means, like, let’s go win a chip. Let’s go, Knicks. That’s why people got behind it, because it sounds a little ridiculous at first. But the more you say it, the more it catches on."

Now thousands of Knicks fans have adopted the phrase, while the team's official Twitter page even joined in with the fun.

They tweeted a short video of a player effortlessly dunking alongside the caption: "Bing bong".

Shooting guard Evan Fournier even relished in the glory of his team's win with the phrase, tweeting in October 2021, "Great TEAM win tonight !! Bing Bong!"