London: We will never see the like of it again. Not for the funeral for a world power, British or otherwise. Never will we see a gathering of leaders like this in Westminster Abbey again. It’s unlikely that crowds will ever flock to London on this scale again.

It has become clear during the past 10 days that the grief and mourning for the late Queen was more than for just a felled monarch, but for something much greater. In many ways, it is the severing of our links to the 20th century, a way of life now obsolete.

Her reign spanned Britain’s journey from the crystal radio receiver to the smartphone. Amid momentous social and political upheaval, her falterings were few. She served as the nation’s figurehead, supremely able to hold her people together.

A billion or so watched worldwide, we’re told. Those numbers don’t seem to mean much any more. But millions, for certain, gathered on the streets and in parks across Britain to wonder at the pageantry, the Coldstream Guards, the fanfare, a horse-drawn carriage and the abbey in all its glory.

It was a brief but poignant service. She told those who planned it she did not want it to be “boring”. She left a breadcrumb trail of the moments she held most dear. A hymn from her wedding in 1947. A composition from her coronation in 1953. 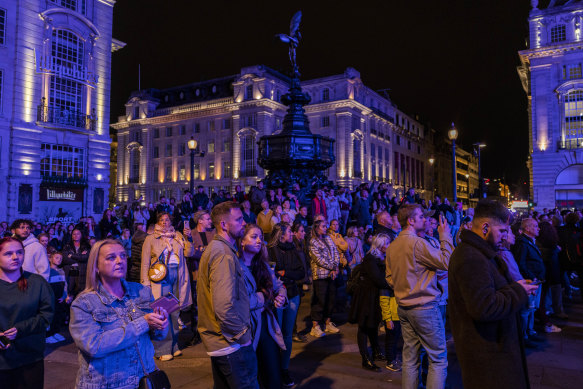 A London crowd observes a national minute’s silence in honour of the late Queen Elizabeth II on Sunday night.Credit:AP

She was the last public figure to have served during World War II, part of what American journalist Tom Brokaw called “the greatest generation any society has ever produced” – the children of the Great Depression and those who went on to fight in Europe and the Pacific, as well as those whose productivity within the home front made a decisive material contribution to the war effort.

Brokaw argued that these men and women fought not for fame and recognition, but because it was the “right thing to do”.

Despite her material fortunes, it was that sense of resilience from Elizabeth II that reminded them of their mother or their grandmother. Images of her cheap two-bar convection heaters sitting beneath grand fireplaces warmed the heart because she reminded us of ourselves or those we loved. 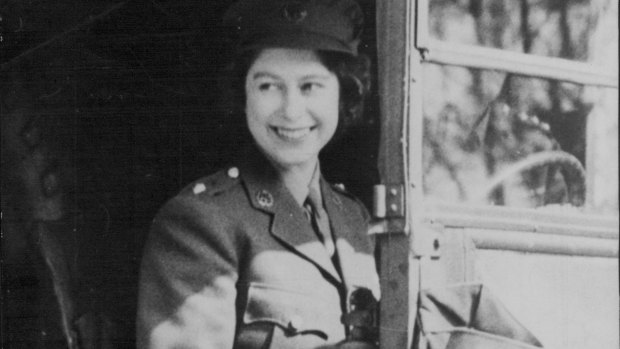 The Queen, then Princess Elizabeth, at the wheel of an army vehicle when she served during World War II in the Women’s Auxiliary Territorial Service.Credit:Reuters

Debates about monarchy and republics and the legacy of colonialism can rage forever, and it must be said that in a healthy society they should. She, of all people, would have wanted that.

She said as much herself two years ago, as she marked the 75th anniversary of the war in Europe.

“They fought so we could live in peace, at home and abroad. They died so we could live as free people in a world of free nations. They risked all so our families and neighbourhoods could be safe,” she said.

“The wartime generation knew that the best way to honour those who did not come back from the war was to ensure that it didn’t happen again.”

Even to those who no longer – or never did – hold the institution she led in high esteem, it was clear the Queen meant something. She summoned an emotional, almost instinctive, response in millions of people who believed themselves, to be in all other respects modern and democratic.

She ultimately embodied many instincts that are under threat in the contemporary world: grace, humanity and fortitude.

We shall never see the like of it again.

Receive a wrap of our coverage as the world mourns Queen Elizabeth II in our Morning Edition newsletter. Sign up here.