Virginia police responded Monday to a possible shooting at a high school as students evacuate the building.

In an update to reporters, Chief Steve Drew said that police responded at around 11:38 a.m. to a report of a shooting. The scene was “chaotic” when officers arrived. 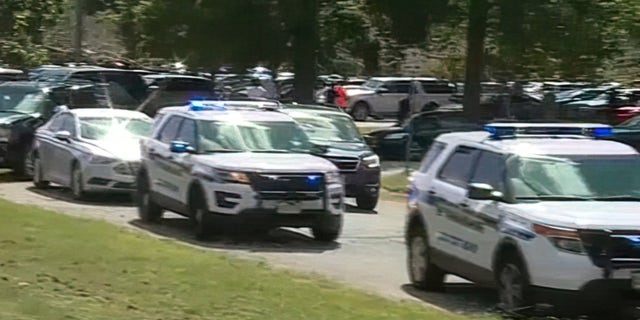 Police respond to a shooting at Heritage High School in Newport News, Virginia

Police recovered evidence but did not specify the nature of the evidence. Police do not have the suspect in custody and have not yet determined the identity of the shooter, but Drew confirmed police believe that the shooter and victims knew each other.

Drew stressed that police do not believe there is an active shooter threat to the community.

The school informed parents that they can meet their children at the tennis courts.

“Closely monitoring the horrifying reports of a shooting at Heritage High School in Newport News,” Sen. Mark Warner, D-VA, tweeted. “Praying for the health and safety of all involved as we wait to learn more.”

The FBI field office in Norfolk is providing assistance to Newport News police regarding the shooting, an agent confirmed to Fox News. However, Newport Police remain the lead agents on this.

State troopers will also assist in the investigation, Drew told reporters. Troopers and FBI agents will perform a thorough canvas of the campus and buildings.

Drew praised the cooperation of students and faculty within the building during the evacuation.

Nearby Achievable Dream Academy was placed on lockdown as a precaution, WAVY reported.

This is a developing story. Check back for further updates.