DISTURBING video has emerged of an alleged thief being Taliban after being accused of stealing mobile phone.

In the footage, the man can be heard screaming agony as he is whipped while tied to a pole in Kabul as a crowd watches on. 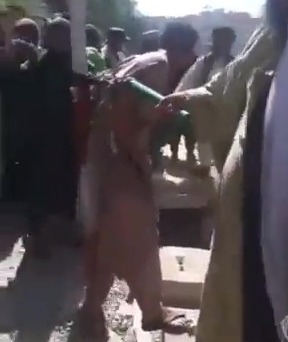 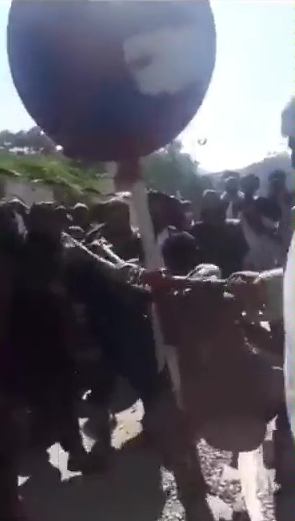 The video has been circulating on social media accounts linked to the opposition and appears to have been shot at the weekend.

It comes as the Taliban begin impose their own warped interpretation of Islam with their rule beginning to resemble the brutal way they ran the `Afghanistan the last time they were in power.

The alleged thief can be seen tied to a traffic sign with metal arm restraints outside the ministry of education in Kabul.

He is flogged and kicked, writhing in agony as the blows land on him and the traffic sign buckles.

When they seized power after a lighting victory, the Taliban sought to give assurances that they have moderated their views from when the last ruled Afghanistan, which saw executions, floggings, amputations and women subjugated.

But there have been disturbing glimpses of what the future holds for the country.

There have been reports the Taliban are executing Afghans in the streets and hanging their victims while shooting their bodies.

Shocking footage shows the moment two people-allegedly civilians- are being detained and bundled into the boots of two cars.

Taliban death squads were reportedly pulling people from their homes and executing them as they seized control of Kabul while thousands of people were trying to flee the country to escape the ruthless regime.

Shocking photos show the injuries Nemat Naqdi and Taqi Daryabi sustained after they were detained by the jihadi forces on Tuesday.

Meanwhile the Taliban has effectively banned girls from secondary education in Afghanistan after allowing schools to open for boys only.

The country's new education ministry said that schools will be open for males from Saturday after a month of closures.

Afghan journalists were brutally beaten with cables for four hours by the Taliban for covering the  protests in Kabul. 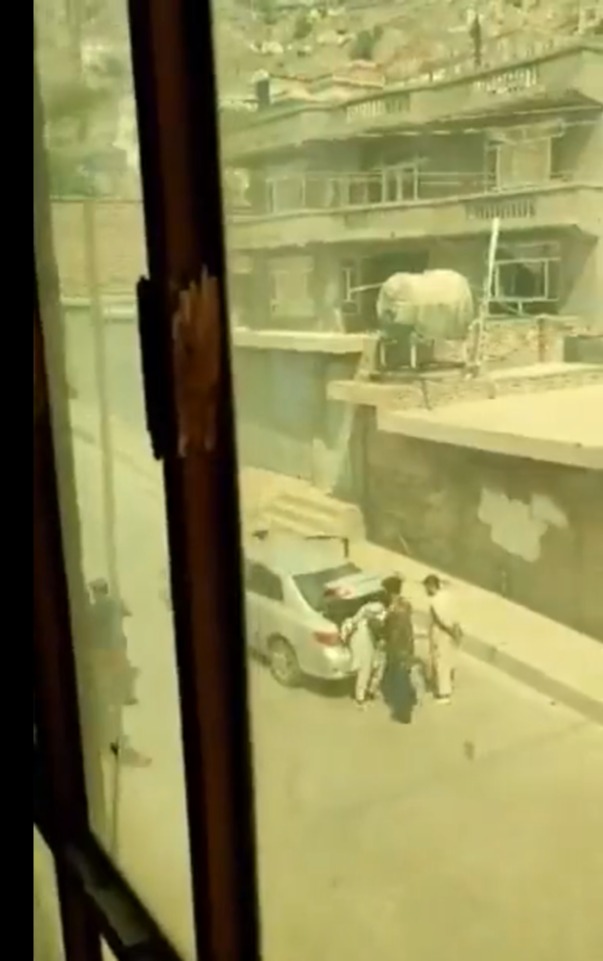