Twitter users suggested that the body of a woman killed by a train should be left on the tracks and services allowed to continue running.

Another branded the deceased a ‘selfish c****’ after the death on tracks between Chadwell Heath and Goodmayes in East London.

Passengers complained about the amount of time it could take them to get home after the collision at 3.30pm yesterday shut down services until 5pm.

One wrote on Twitter: ‘Just as I finish work some selfish c*** jumped in front of a train at Chadwell Heath so now we all have to wait hours to get a train.’ 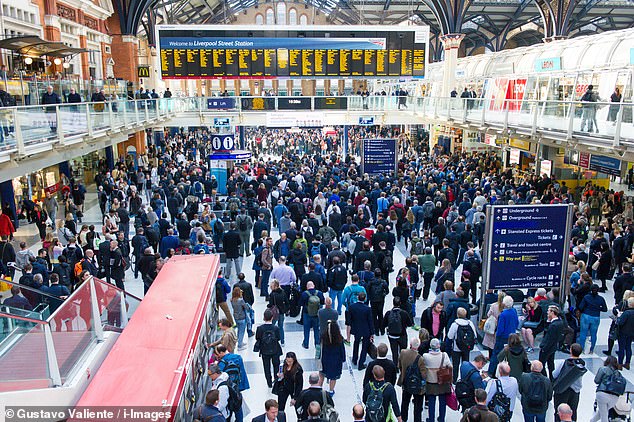 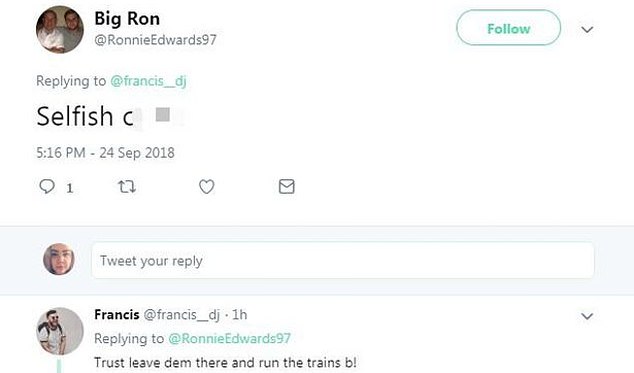 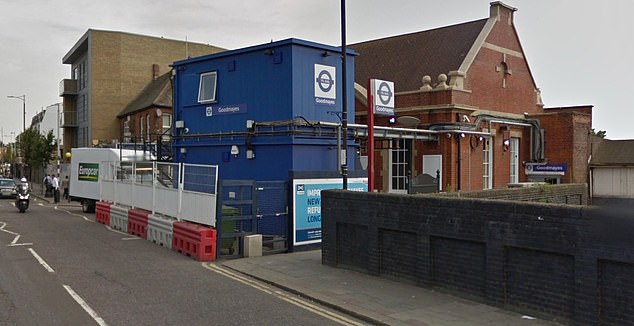 The body was found on the tracks between Goodmayes Station (pictured, above) and Chadwell Heath

Another said said that they ‘burnt a hole in my jacket this morning and now someone’s chucked themselves on the tracks at Chadwell Heath’ and included an upside-down smiling emoji in the post.

As two men discussed the fact that there was no service between Ilford and Gidea Park.

When it was pointed out that an emergency incident is underway, one user replied ‘selfish c***’ before another suggested ‘Trust leave dem there and run the trains lol’.

One mental health campaigner warned the abusive posters: ‘Nothing about suicide is a laughing matter. Show some respect please.’ 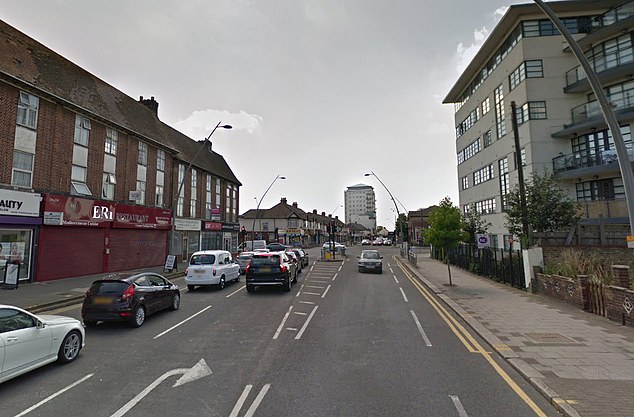 Simon, 50, told Essex Live that it was ‘chaos’ at the central London station, adding: ‘Everything is cancelled. There might be a train to Southend Victoria at 5pm but I don’t know how I’ll get on it with all these people. It’s mental. Crowds and crowds.’

A London Ambulance Service spokesperson confirmed that they were called at 3:43pm to Romford but that the person died at the scene.

A spokesperson for British Transport Police said the incident is not being treated as suspicious and a file is being prepared for the coroner.

For confidential support in the UK, call the Samaritans on 116123 or visit a local Samaritans branch. See Samaritans.org for details

Web giant Amazon is set for a £3million business rates rebate and a hard-up local council is among those footing the bill. The US retail…

Princess Anne looks elegant in a navy coat as she opens a community centre for military families in Argyll Princess Anne, 69, appeared in high spirits…

Love Island’s Ellie Brown ‘hated’ Michael Griffiths because he started dating just DAYS after their split, despite claiming he was ‘head over heels’ Celebrity Ex…