A University Challenge contestant was mercilessly mocked online after he wore a beret to compete on the BBC quiz show.

But viewers failed to see the funny side and mercilessly mocked him for being ‘a disgrace’ and ‘pretentious’. 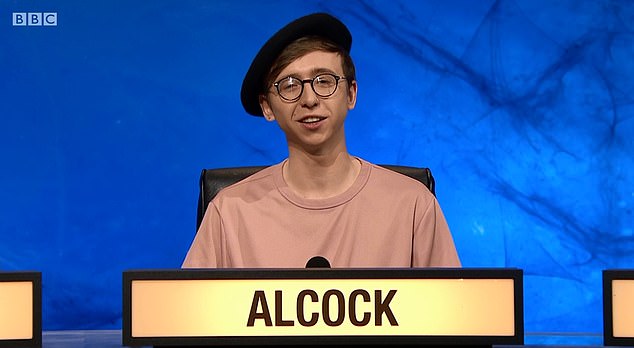 Viewers failed to see the funny side and mercilessly mocked the contestant for being ‘a disgrace’ and ‘pretentious’. Others joked his team missed the memo on dressing up

One outraged viewer posted: ‘I’m sorry but Alcove in the beret is trying to be a character but is just a bit of a c**k and a p**t [sic].’

However Mr Alcock remained unabashed and hit back at the taunts with his own cutting tweets.

The move was enough to win over some of his critics, with one conceding: ‘I appreciate the sense of humour he had in responding to the tweets.’

Mr Alcock, who is reading French, and his peers were the first team from ULIP to ever appear on University Challenge. 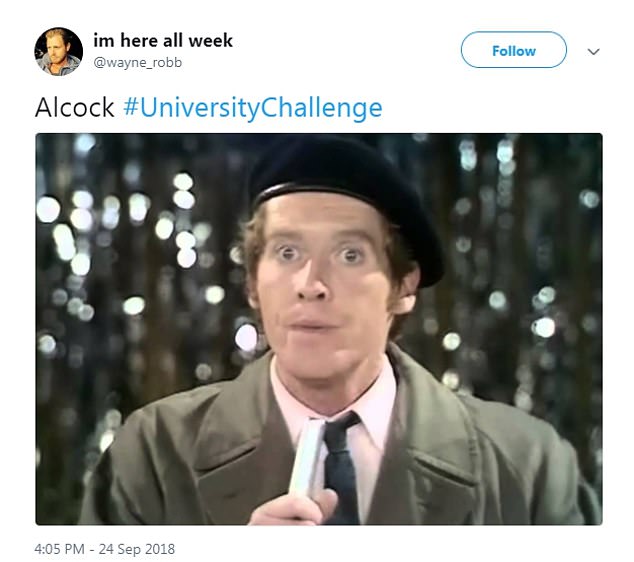 They struggled through the rounds before eventually losing to Goldsmiths 180 – 55.

Viewers were largely distracted by Mr Alcock’s jaunty beret, which dominated the online commentary on the episode.

One joked: ‘Salut! I am studying french…in France!. Subsequently, I must affix a beret to my head at a 45° angle for maximum Euroquirk, else Macron himself will bust down the door of the quaint salon I study at, screaming la marseillaise. Au revoir!’

Another tweeted: ‘Alcock in a beret looks All c**k ffs. When did university challenge become fancy dress.’ 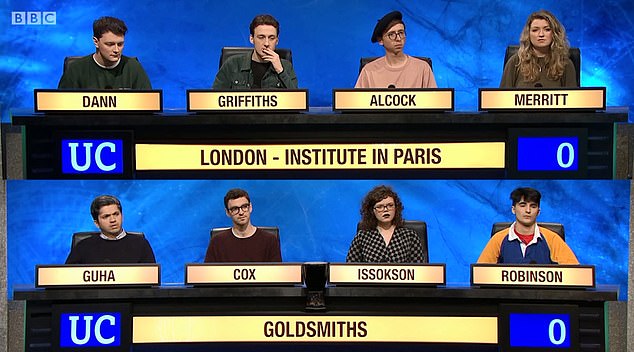 Mr Alcock, who is reading French, and his peers were the first team from ULIP to ever appear on University Challenge. They eventually lost to Goldsmiths 180 – 55 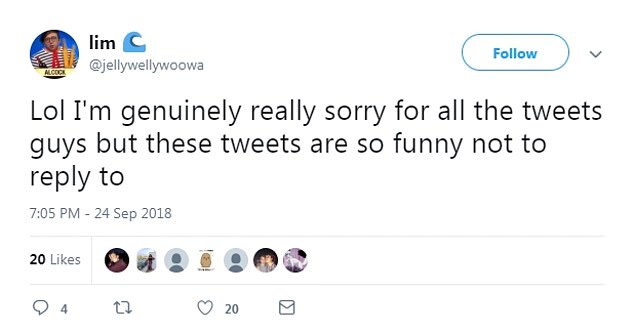 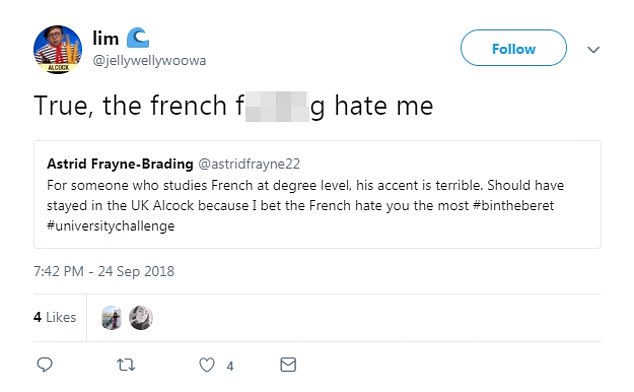 BBC presenter Dan Walker was among those who jokingly questioned whether the rest of the ULIP team simply missed the memo.

Walker wrote: ‘When your mates say “honestly… we are all going to wear berets on #UniversityChallenge next week” and you fall for it.’

Mr Alcock was quick to defend himself, retweeting some of the harshest posts with his own witty additions.

His defence was bolstered by sympathetic Twitter users, including Vernon Kay, who chastised trolls for their unnecessarily vicious attacks

His defence was bolstered by sympathetic Twitter users who chastised trolls for their unnecessarily vicious attacks.

‘Young student appears on #UniversityChallenge in a beret and the Twitteratti launch into him saying the most awful things,’ one shared. ‘Social media is a very sad world indeed; it is just a chap on a quiz show.’

Even TV presenter Vernon Kay stood up for the student, posting: ‘When you’re Alcock you can do what you like.’