STUDENTS from an American university have been suspended from campus activities after they filmed a dog being force fed beer from a keg. 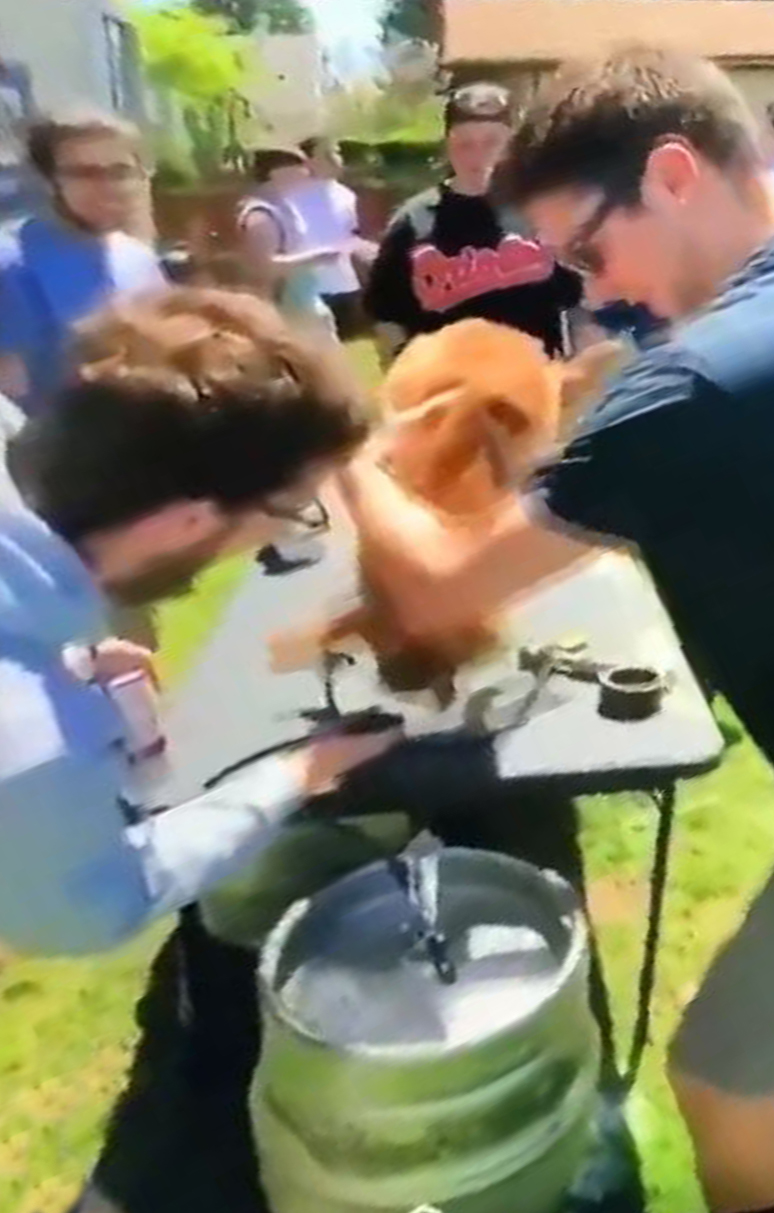 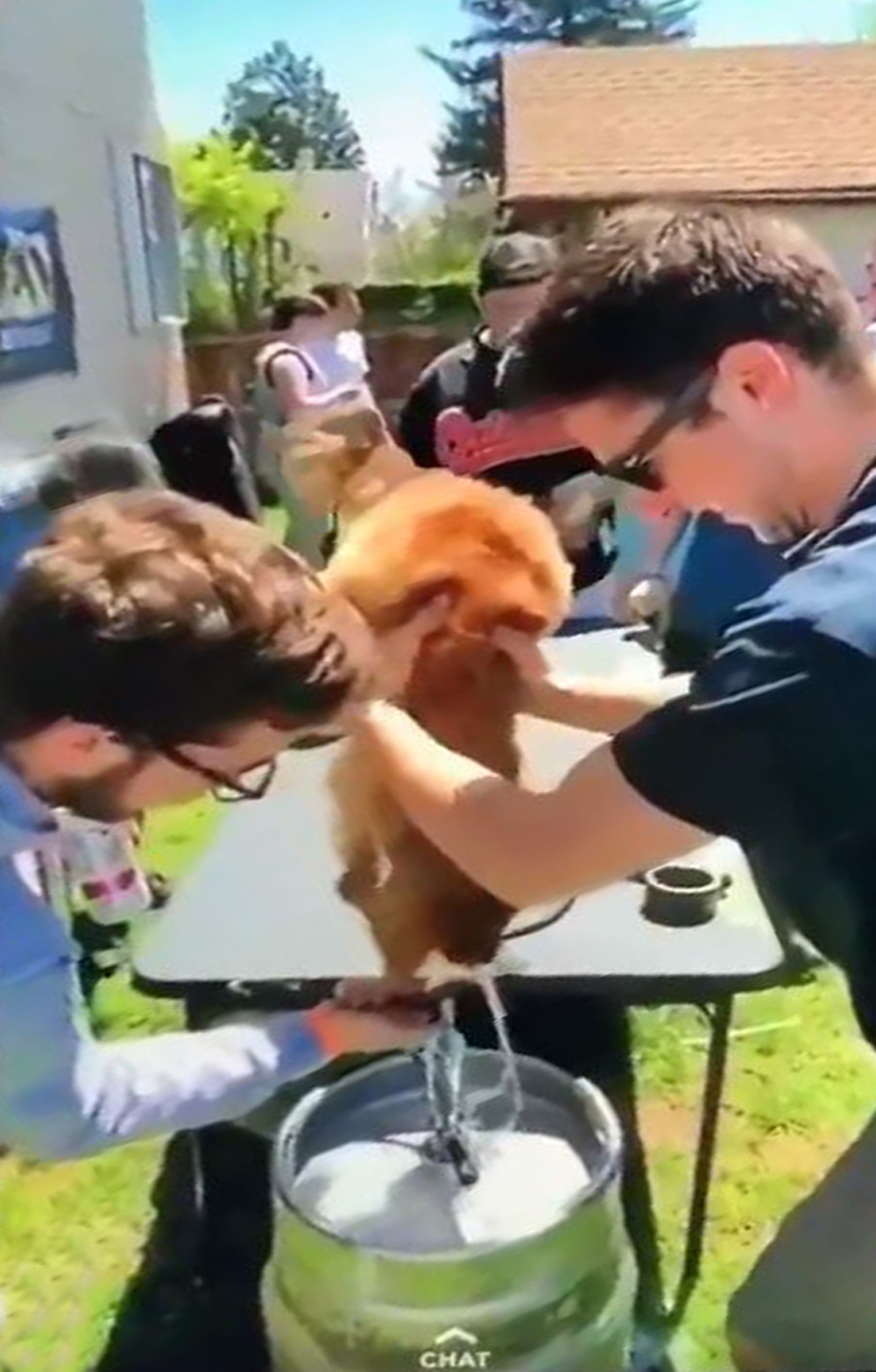 The members of Alpha Epsilon Pi fraternity at Long Island’s Hofstra University can be seen in a short Snapchat video holding the poor pup upside down, while pouring beer into its tiny mouth.

The stunt is commonly referred to as a “keg stand,”.

But usually that involves an unoriginal student who’s keen to show off to their pals rather than animal abuse.

Hofstra University said the cruel escapade took place off-campus and the fraternity has been suspended as an investigation takes place.

Spokeswoman Karla Schuster said: “The behaviour seen on the video is unacceptable and in violation of the University’s Code of Community Standards.

“The University has been in communication with Alpha Epsilon Pi International headquarters, as well as with chapter members regarding this off-campus incident.

“In accordance with University policy, the chapter has been placed on interim suspension pending an investigation.”

Another Long Island college student was sickened to see the video and posted it on Facebook and Twitter to bring attention to the puppy’s  horrible treatment.

Kristina Proscia wrote: “So apparently it’s okay to force dogs to drink beer even though it can kill them?”

She later added: “I simply shared this to protect the dog and to show I do not support this." 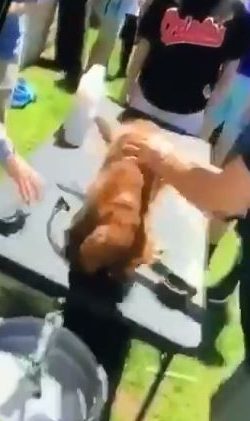