The US has bought almost the entire global supply of one of only two drugs proven to be effective against coronavirus.

The drug, made by American pharmaceutical firm Gilead, was initially developed as a failed Ebola treatment but studies have now shown it speeds up recovery from coronavirus.

However, patients in the UK and Europe are unlikely to get access to it until the autumn after the US government bought more than 500,000 doses, according to the Guardian.

This makes up the entire global supply for July and 90 per cent of stocks for August and September.

‘This deal that’s been struck by America means that people with Covid-19 in the UK can’t get access to these treatments that would get them out of hospital quickly and might improve their chances of survival,’ Dr Andrew Hill of Liverpool University told Sky News. 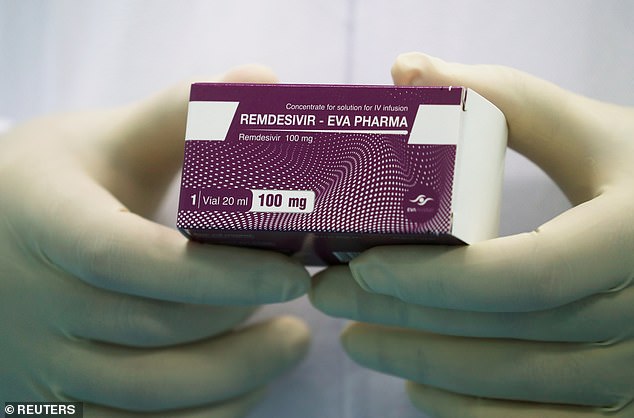 The US has bought almost the entire global supply of remdesivir (pictured), one of only two drugs proven to be effective against coronavirus

‘So far, we know that for the next three months there will be no supplies of remdesivir – America will take the drugs and we won’t have access to them. That’s the case in the UK and Europe.’

Remdesivir, produced by California-based pharmaceutical giant Gilead Sciences,  was initially developed to treat Ebola but has proven to be effective against coronavirus.

The only other medicine which has so-far proven to be effective against Covid-19 is anti-inflammatory steroid dexamethasone. 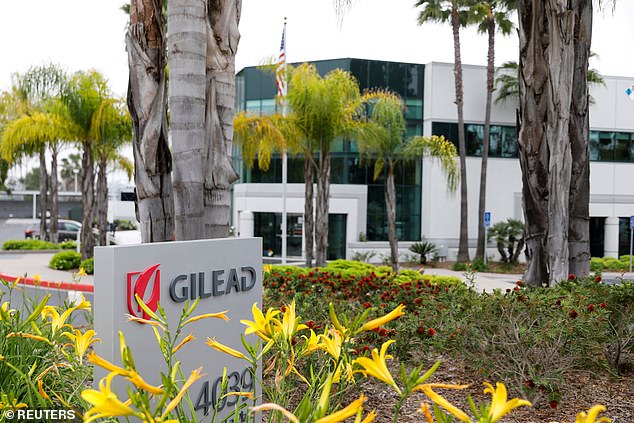 This means the crucial drug will likely be unavailable for critically ill patients across Europe until October, raising fears for coronavirus patients in the UK (Pictured: Gilead Sciences in California)

Dexamethasone, a £5 steroid that has existed for decades, was the first drug proven to reduce the death rate among hospitalised patients needing oxygen.

Alex Azar, the US health and human services secretary, said: ‘To the extent possible, we want to ensure that any American patient who needs remdesivir can get it.

‘The Trump administration is doing everything in our power to learn more about life-saving therapeutics for Covid-19 and secure access to these options for the American people.’

WHAT IS REMDESIVIR AND DOES IT WORK AGAINST COVID-19?

Remdesivir was developed by Gilead Sciences to treat Ebola, the deadly hemorrhagic fever that emerged in West Africa in 2014.

Ebola, like Covid-19, is caused by a virus, and scientists have tested remdesivir to treat coronavirus patients.

Trials produced encouraging results earlier this year when it showed promise for both preventing and treating MERS – another coronavirus – in macaque monkeys.

In a US government-led study, remdesivir shortened recovery time by 31 per cent — 11 days on average versus 15 days for those given just usual care.

But it had not improved survival according to preliminary results after two weeks of followup. Results after four weeks are expected soon.

The drug appears to help stop the replication of viruses like coronavirus and Ebola alike.

It’s not entirely clear how the drug accomplishes this feat, but it seems to stop the genetic material of the virus, RNA, from being able to copy itself.

That, in turn, stops the virus from being able to proliferate further inside the patient’s body.

Remdesivir is under patent to Gilead, which means no other developed countries are able to make it.

The evidence around remdesivir is mixed but scientific studies have shown it helps the most severely ill people who need ventilation.

Britain has so-far received supplies of remdesivir for free because of a Gilead deal to donate 1.5 million vials across the world. However, this scheme has reached an end.

Gilead’s chief executive Daniel O’Day revealed a pricing structure for the drug in an open letter this week.

Mr O’Day wrote the firm had set the price for developed countries ‘to ensure broad and equitable access at a time of urgent global need’.

Announcing the approval of the drug in a Downing Street press conference in May, the Health Secretary said: ‘This is probably the biggest step forward in the treatment of coronavirus since the crisis begun.

‘These are early steps but we are determined to support the science and back the projects that show promise. As you can understand, we’ll be prioritising the use of this treatment where it can provide the greatest benefit.’

The US government has come under fire for its tactics in the global marketplace for coronavirus treatments.

It has shown a willingness to outbid other countries and keep supplies for itself rather than cooperating with them.

French pharmaceutical manufacturer Sanofi announced in May that the US would get its coronavirus vaccine first if it works but later changed its mind under pressure from the French government.

Justin Trudeau, the Canadian Prime Minister, has warned: ‘We know it is in both of our interests to work collaboratively and cooperatively to keep our citizens safe.’

Another option for the British government would be to use a ‘compulsory license’ which is a legal tool that would allow the Gilead’s patents for the drug to be ignored.

Generic versions of the drug could them be bought from countries such as India which do not recognise the patent.

However, the UK does not like to do this as it would irritate the domestic pharmaceutical industry which claims 20 year copyrights are needed to make back the cash invested in developing new treatments.