Kylie Jenner is switching up her style yet again.

On Tuesday, the 22-year-old reality star looked barely recognizable as she posted a brand new look to her Instagram Stories.

The mother-of-one unveiled light blue/green eyes (likely from a filter) as well as showing off a new ‘bronde’ hair ‘do, after recently going blonde. 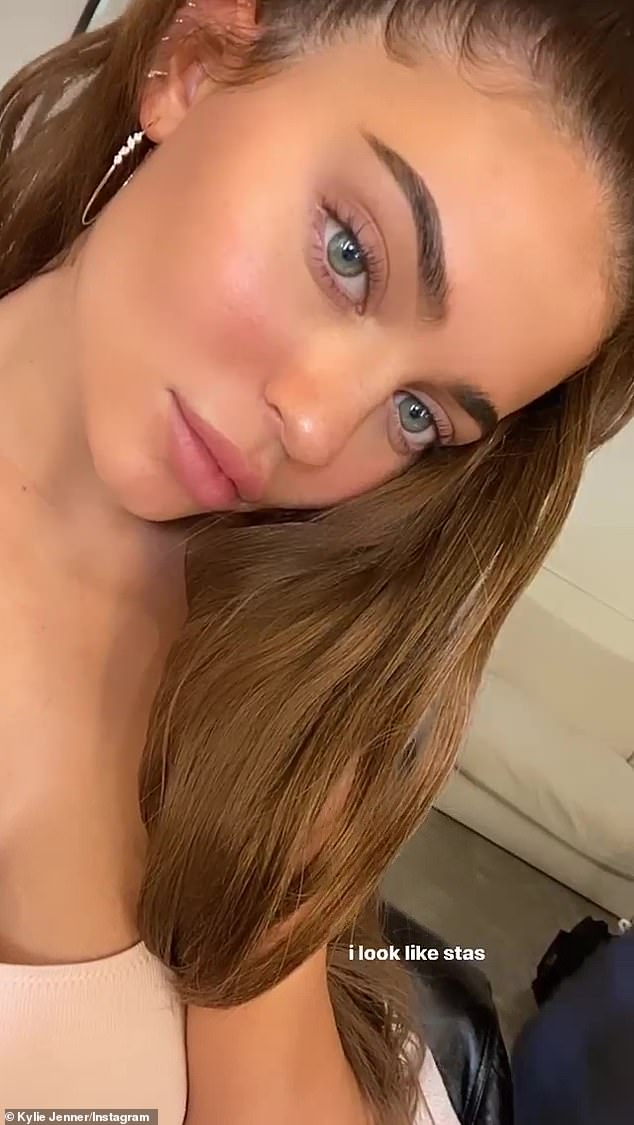 Is that you Kylie? Jenner looks unrecognizable after posting a slew of selfies with a new hair color as well as lighter eyes, likely from a filter 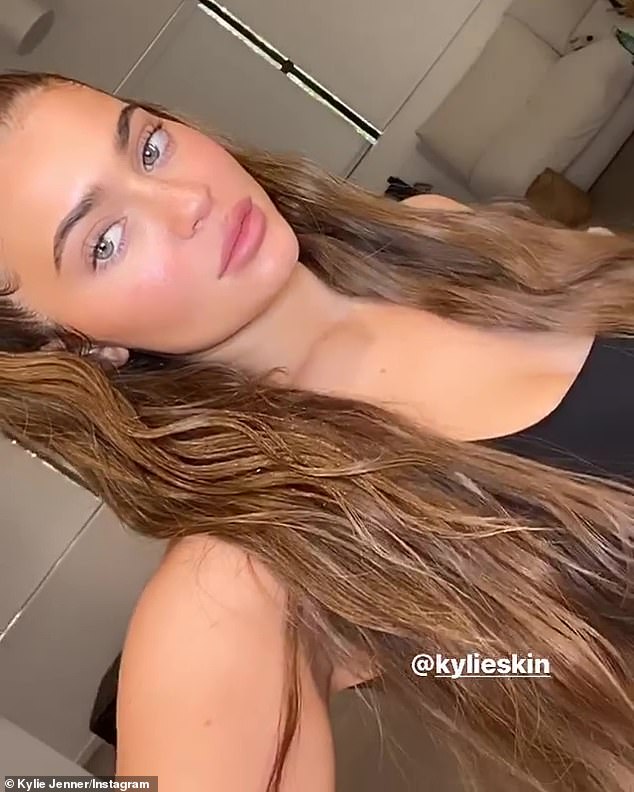 She’s a chameleon: The star wore a long ‘bronde’ wig for her selfie session 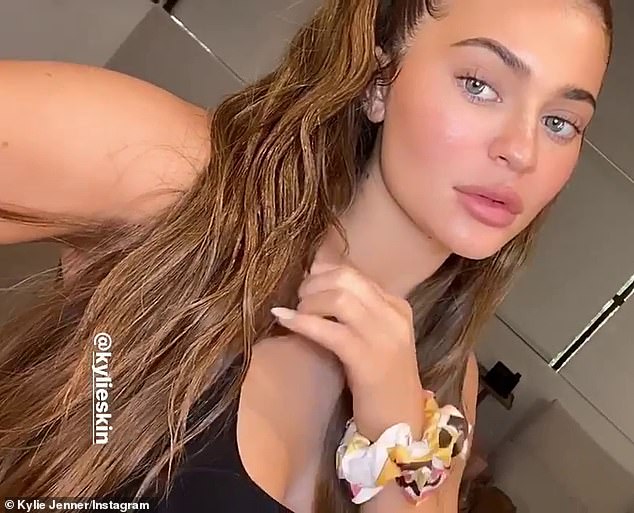 New look: Kylie had her fans doing a double take on Tuesday after revealing her new look

‘I look like stas,’ she wrote on one of the stories, referencing her BFF Anastasia Karanikolaou.

The image switch-up comes just after her elder sister Kim Kardashian West, 39, stepped out with a brand new red hair ‘do.

Kim recently overtook Kylie in the wealth stakes after her KKW beauty brand was valued at a billion dollars.

The beauty mogul has just inked a deal with Coty Inc. to sell a 20 per cent stake in the company, which sells make-up and fragrances, for $200 million.

‘The deal is for a long-term strategic partnership to launch products in new beauty categories and expand across the globe from top to bottom,’ TMZ reported Monday.

Sources have also told the site that Coty acts as a licensee for skin, hair, personal and nail products.

If the company have paid $200million for one fifth of the brand, that means they value the whole company at a billion dollars.

This means that Kim has overtaken Kylie on the rich list, as Kylie’s wealth is thought to be at $900-950million.

The LipKit creator had been listed as a ‘self-made billionaire’ by Forbes, but they denounced her title, angering Kylie by accusing her of inflating figures and ‘forging’ tax returns for the makeup mogul’s cosmetics company.

Coty bought a majority stake in Kylie’s beauty company, (51 per cent) in 2019, for $600million, whereas Kim will still be in charge of her company. 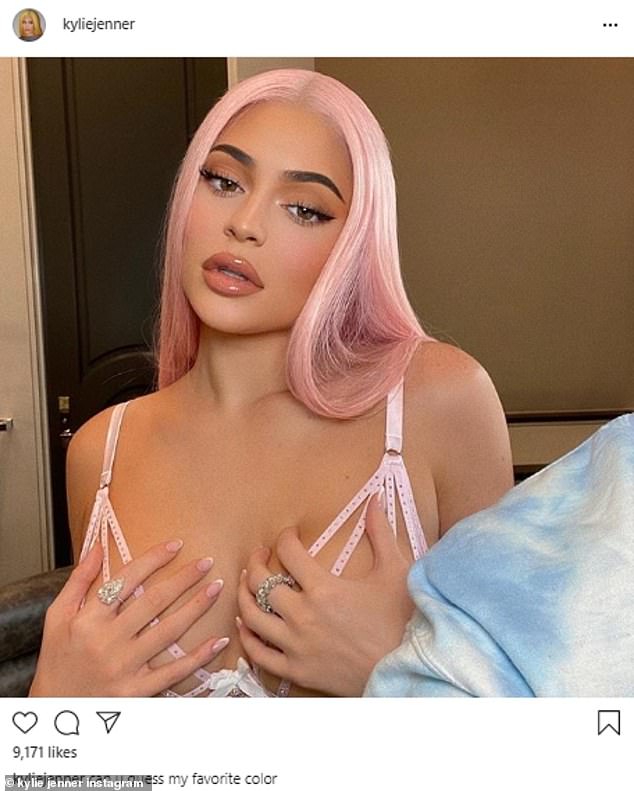 Sultry: Kylie Jenner showed off powder pink hair and a matching kinky bra in her latest Instagram look on Monday before her latest change 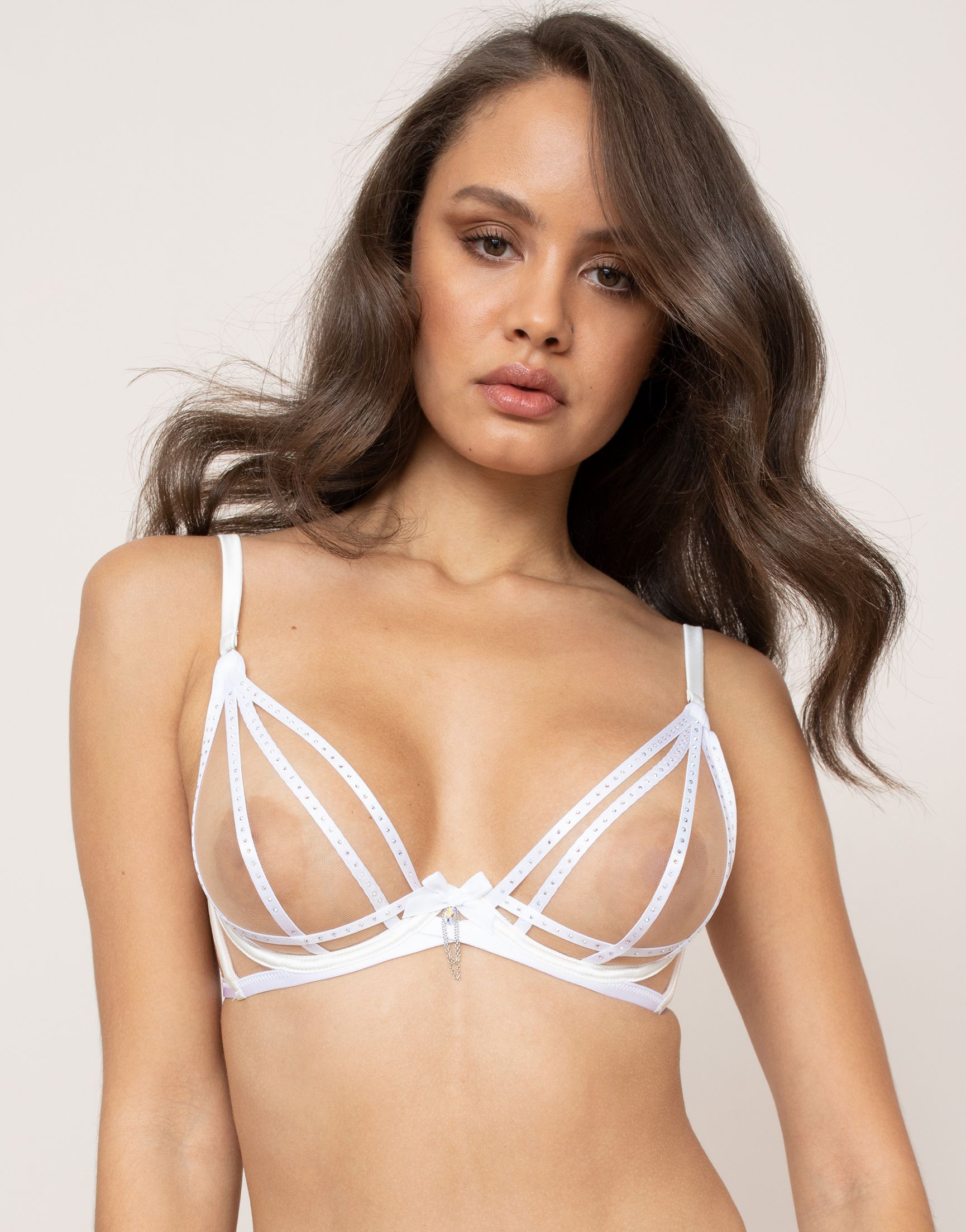 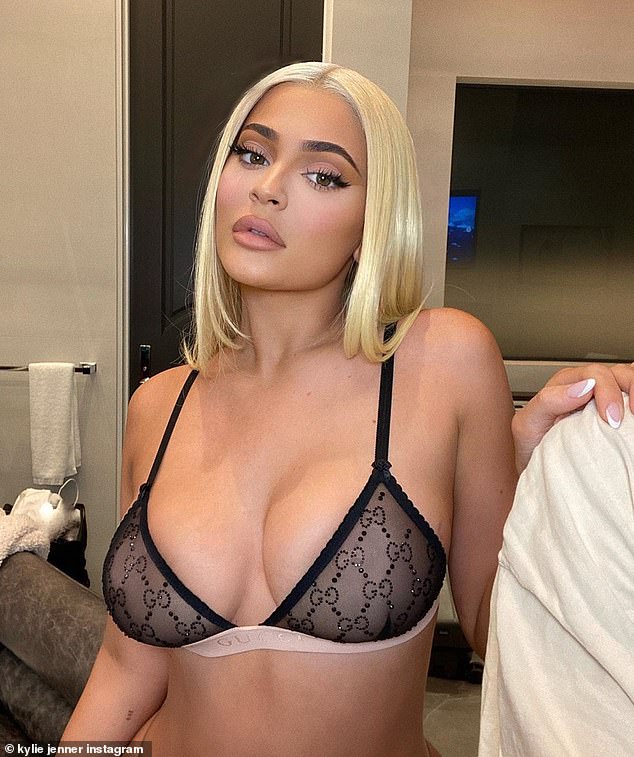 Peek-a-boo! On Tuesday, Kylie Jenner posted this shot of herself on Instagram after revealing her new blonde ‘do… as she posed for her fans in a Gucci bra

Coty plans to expand the brand into more countries around the world and possibly into other categories, like skin creams and shampoos.

It also hopes that the buzzy brand can help boost sales and connect with younger shoppers who spend a lot of time on social media. 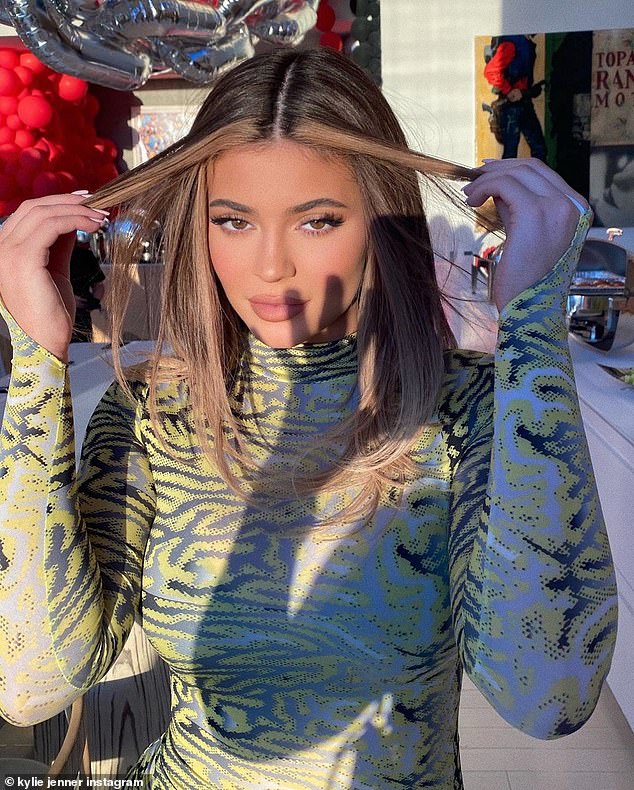 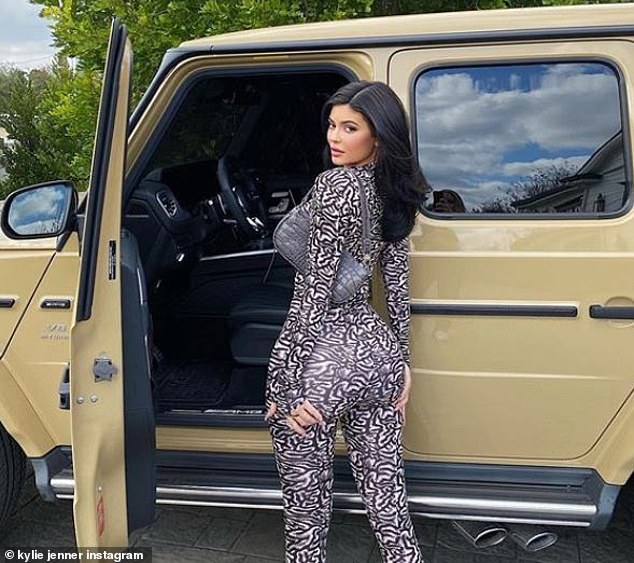 Putting on a show: Back in January, Kylie posted photos of herself in a bodysuit with the same pattern by her Mercedes-Benz SUV… which showed her usual hair color of black