Ukrainians in pretrial detention can upgrade to bigger cells with modern conveniences like air conditioning and a microwave if they buy vouchers that cost £55 a day, under an initiative aimed as much at pranksters as real-life detainees.

The vouchers, which do not need to have the name of the detainee on them and are valid for six months, can be bought on the justice ministry’s website. They cost £55 a day for cells in Kyiv and less in other parts of the country.

The vouchers are an extension of a scheme introduced in May that allows detainees to pay for better cells. They make it easier to apply and move to new accommodation. 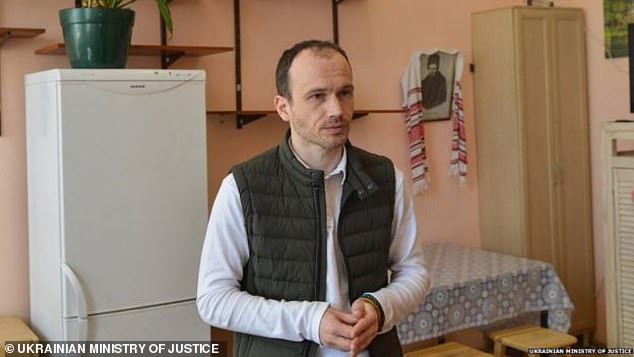 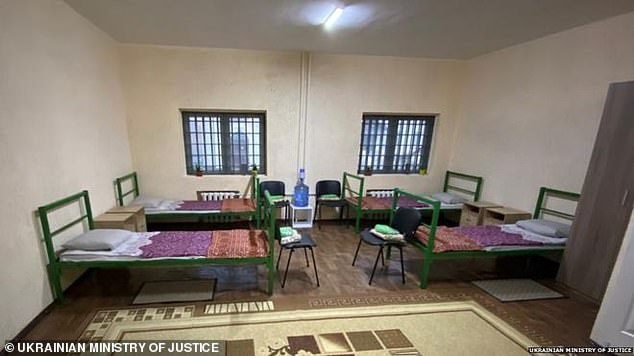 The upgraded cells have more space and access to better food. Officials said prisoners in the larger cells have a lesser risk of contracting Covid-19

Justice Minister Denys Maliuska told Reuters that the vouchers could be bought by detainees or, more likely, as a joke gift for officials suspected of corruption.

‘We do not expect that most of these certificates will be used by people who were detained for real in pre-trial detention facilities,’ he said in an interview.

‘It is more … for those who want to troll someone, for example, a former official, current official or simply a businessman who uses grey and black schemes for tax evasion.’

Not everyone likes the voucher scheme. The head of Amnesty International Ukraine, Oksana Pokalchuk, said justice should not be ‘commercialised’.

‘Authorities are obliged to secure human rights for all and everyone regardless of whether a person can pay for such services or not,’ she told Reuters.

Maliuska said such criticism was mistaken.

A 2019 U.S. government report described Ukraine’s prison and detention conditions as ‘poor … and at times posed a serious threat to the life and health of prisoners.’

Money raised from the payment scheme since May has funded the renovation of three ordinary cells at Kyiv’s pre-trial detention centre.

‘There was fungus here. The toilet was not convenient at all. It was dark in the cell. Thank God the administration renovated it,’ said Danil, a detainee. ‘It is a pleasure for a detainee to go and use the bathroom.’

Four vouchers were bought within hours of going on sale last week. The ministry may also launch gift certificates for people wanting to spend a night in detention for fun, Maliuska said, but more work was needed to guarantee guests’ safety. 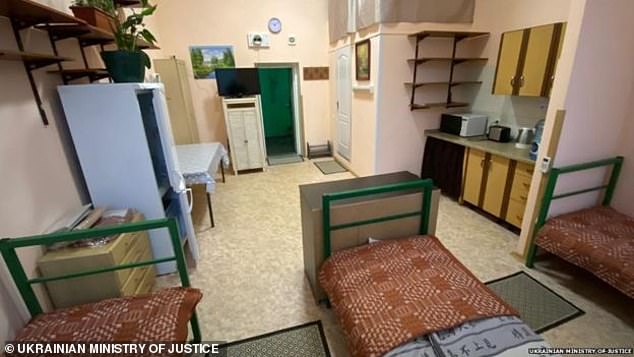