At least two people have been injured after two cars crashed into each other before one hit a house in West London.

Emergency services were called to Shakespeare Avenue in Hayes just after 9pm on Thursday after reports of the incident.

Photos from the scene show a silver car on its roof in the front garden of a residential property, with debris strewn around.

Others show a car that has had its roof removed and with shattered glass on the road surface surrounding it, with local reports someone had to be cut free by firefighters.

The Metropolitan Police says two people were treated by medics at the scene, with officers now investigating what happened. 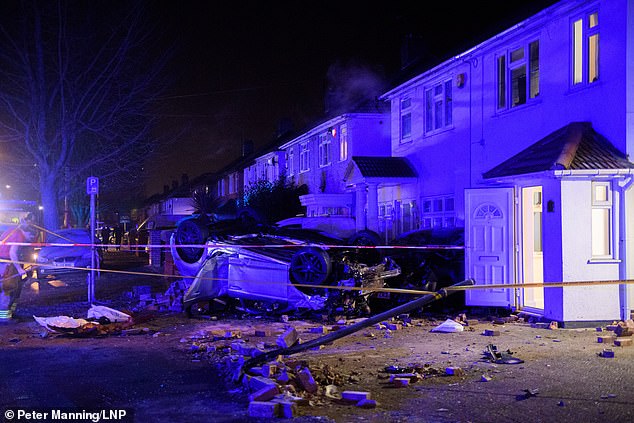 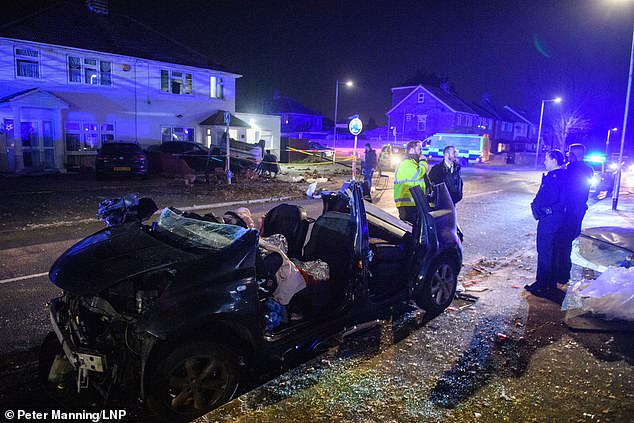 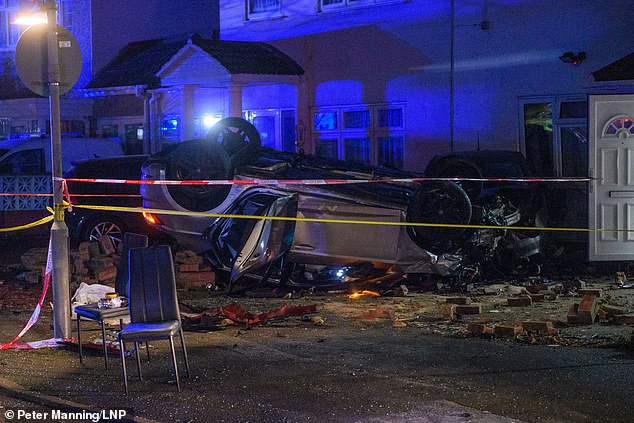 Police have set up a cordon following the incident, which left two people needing treatment by medics

A spokesperson for the force said on Thursday: ‘Police were called shortly after 21:00hrs on Thursday, 15 December to reports of a collision involving two cars on Shakespeare Avenue in Hayes.

‘Officers attended and found an overturned car and damage to a building.

‘Emergency services remain in attendance. Two people have been treated at the scene.

‘Road closures are in place.’

They later added: ‘Emergency services are still on scene but I’m not aware of it being a fatal collision.’

My London reports at least one ambulance and one fire engine were called to the scene, with firefighters cutting one person free from a car.