Several metro stations in Madrid were forced to close yesterday after being flooded with waist-high water as Storm Efrain brought a sixth day of torrential rains.

Shocking video footage circulating on social media showed a pair of stations inundated by floodwater which gushed down the stairs and collected in the main concourse.

The Spanish State Meteorological agency AEMET reported on Monday that there could be up to 80 litres of rain in just 12 hours in some areas and more than 100 litres in 48 hours, after heavy rain had already battered the parts of the country on Saturday and Sunday.

Spain has seen some of its heaviest rainfall ever this year. 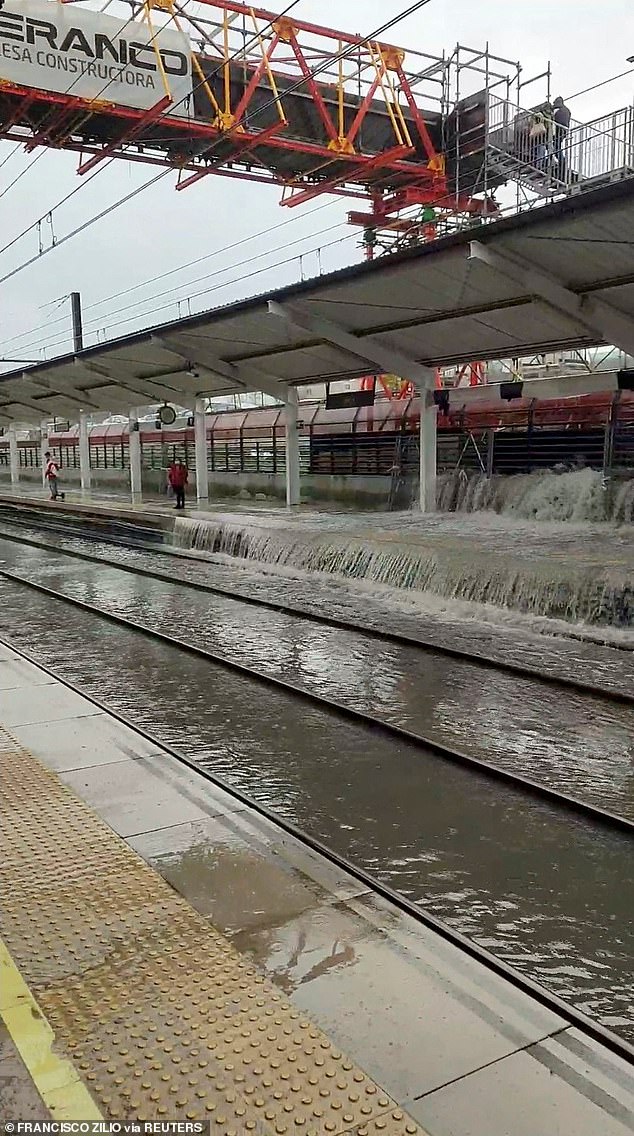 A view of flooding at the Orcasitas station in Madrid, Spain, December 14, 2022

AEMET on Monday warned Spanish citizens to prepare for monsoon like weather, forecasting that Tuesday and Wednesday would be the worst days.

Their predictions were proven accurate with a total of 35 provinces put on high alert for floods as the deluge swept across the country.

However, the nation is set to enjoy a warm Christmas as Storm Efrain is expected to leave a bout of warm temperatures in its wake. 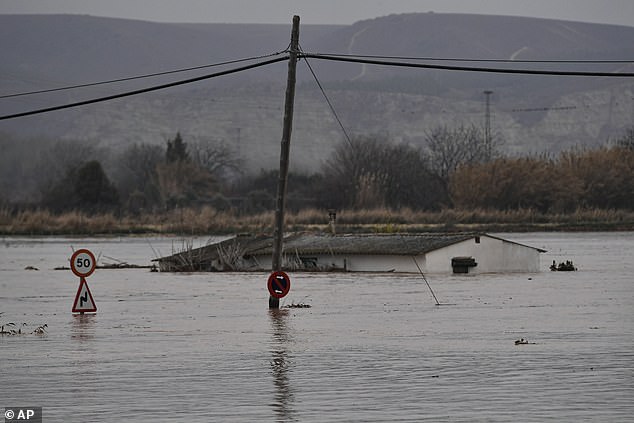 A flooded area near the Ebro River in Alfocena, near to Zaragoza Aragon province, northern Spain, Tuesday, Dec. 14, 2021. Heavy rain has led to flooding in northern Spain. 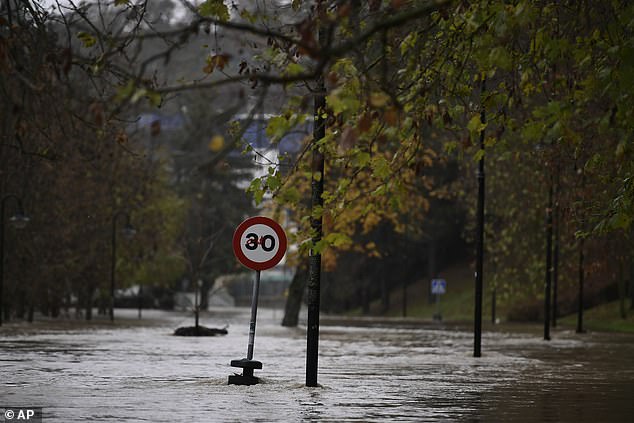 A road with a traffic signal covered with flood water, near the Arga river, in Pamplona, northern Spain, Friday, Dec. 10, 2021. Heavy rain has led to flooding in northern Spain. 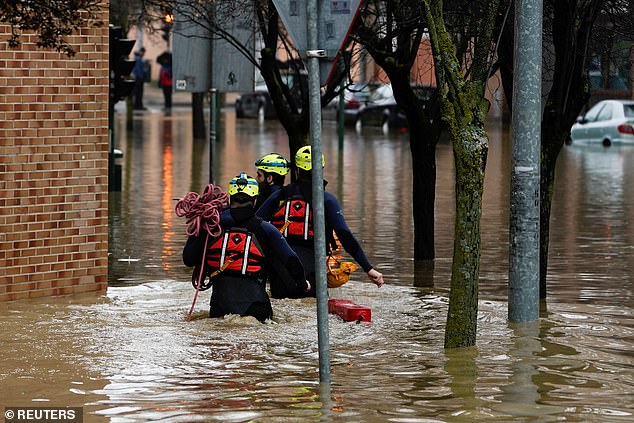 Sodden Spaniard will therefore escape the bitter weather expected to blast northern and central Europe this Christmas – a welcome reprieve from the downpour.

Minimum temperatures could be up to 10C or more above what is normal for this time of year due to warm air being blown in from sub-tropical origin, according to Spanish outlet The Local.

A maximum of 24C is forecast in Murcia, as well as 23C and 22C in the popular holiday regions of Alicante and Valencia respectively in the coming days.