In back-to-back interviews on the business networks, President Trump said ‘we’re going to look’ at entitlement reform, while he also dangled a tax cut for the middle class should he win re-election later this year.

Sitting down with CNBC’s ‘Squawk Box’ host Joe Kernen, Trump said ‘at some point’ entitlement reform will be on his plate suggesting that thanks to the good economy cuts to Social Security and other funds wouldn’t hurt Americans as much. 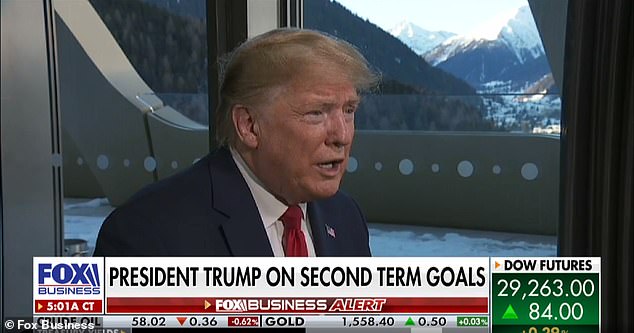 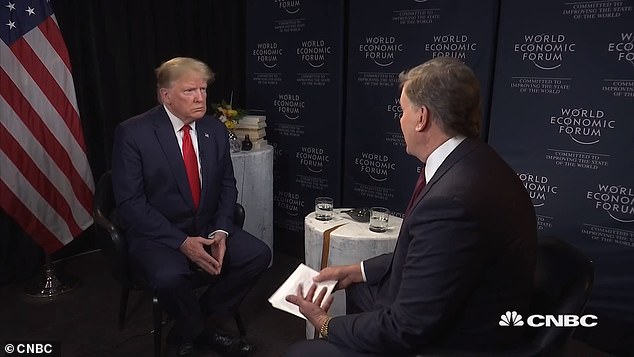 On CNBC, he told ‘Squawk Box’ host Joe Kernen that ‘at some point’ entitlement reform will be on the table, suggesting the strong economy should offset any cuts to programs like Social Security 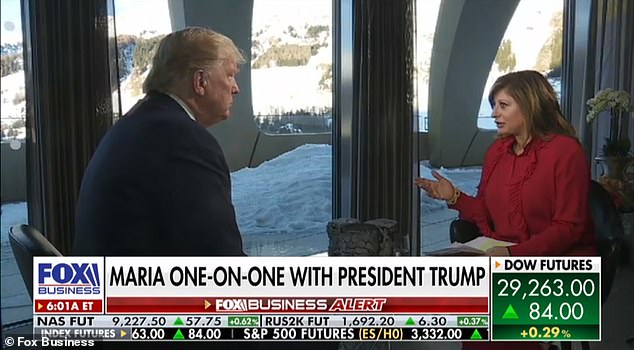 In his interview with Fox Business Network’s Maria Bartiromo, Trump said one of his second term goals was to sign into law a new tax cut for the middle class

Trump spent his day and a half in Davos, Switzerland at the World Economic Summit touting the U.S’s strong economy under his leadership and did so again during his sit-down with Kernen Wednesday morning.

Over on Fox Business Network, Trump talked of a future tax cut with Maria Bartiromo.

Trump explained that this proposed tax cut differed from making permanent changes to the tax code the president signed into law in late 2017.

‘I’m going to make a tax cut, and we’re going to probably make the other permanent. It’s got a long way to go, in all fairness, but we’re going to make that permanent for the middle class, so we’ll be doing that,’ Trump said.  ‘We’ll be announcing it over the next 90 days. That’s to me very important.’

Trump made it clear that he believed House Speaker Nancy Pelosi was standing in the way of any additional middle class tax relief.

The GOP already has a majority in the Senate.