A trainee policeman whose hearing aids turned police sirens into ‘torture’ has won a discrimination claim against the Met.

Shafi Karim was sacked from the Met after his poor hearing led to fears that he was unsafe on the job, an employment tribunal heard.

The probationer officer struggled to hear instructions over his police radio and experienced feedback through his hearing aids.

In one ‘blue light’ exercise, Mr Karim complained that patrol car sirens were like ‘torture’ and during a simulated police chase he had to stop to change the batteries in the device. 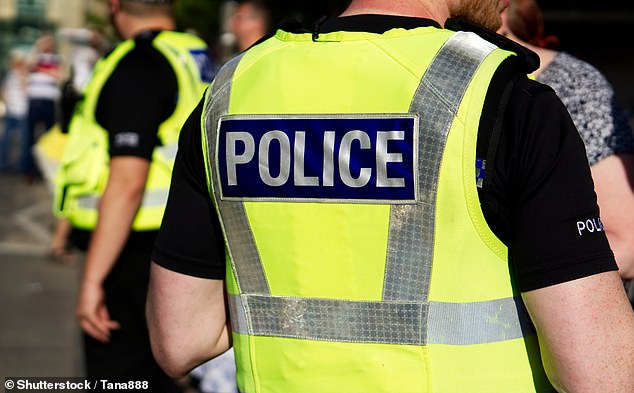 Probation officer Shafi Karim was sacked from the Met after his poor hearing led to fears that he was unsafe on the job, an employment tribunal heard. [File image]

He was made to complete a series of role play tests to prove his ability – with senior officers concerned that his poor hearing could endanger himself and other officers, the panel was told.

Mr Karim remained on probation for five years before he was fired in 2021.

He is currently in line for compensation after successfully suing the force over his dismissal, and for making him pay some of the costs related to his hearing aids.

The tribunal in central London heard the trainee joined the Metropolitan Police in 2015 as a probationer police constable, and passed an initial hearing test.

It comes as Rookie police officers are usually on probation for 24 months and must have experienced a number of different scenarios in order to pass, the panel was told.

In 2016, Mr Karim was referred to The Met’s occupational health department because he was struggling with ‘hearing while training outside… [and] all he could hear on the radio was echoing,’ so his training was paused.

Later that year, he was allowed to continue working and was posted to Finsbury Park before becoming part of an ’emergency response’ team.

Mr Karim began saying that he received ‘feedback’ if objects came too close to his hearing aids, while other officers noticed he ‘did not always hear when spoken to,’ the panel was told.

The police officer was referred to a private hearing health provider, who advised him to obtain a Rogers Pen – a wireless microphone that helps the user understand more speech in noise and over distance.

As part of the agreement, Mr Karim was required to pay nearly 30 per cent of the cost, as well as insurance for the device, the panel was told.

Meanwhile, the police officer was also made to complete role play tests to prove his ability to work at an operational level.

Senior officers conducting the tests were concerned Mr Karim was over-reliant on the Rogers Pen and that if he used it in a real street policing scenario, someone could knock it out of his hands, the tribunal was told.

During a ‘police chase’ test, the officer’s hearing aid battery ran out, and Mr Karim had to stop and change it, the panel heard.

In another test scenario, moreover, Mr Karim had to ask for messages to be repeated and said the blue lights were giving feedback to his hearing aids – describing the sound as ‘torture.’

All the officers who conducted the tests believed ‘Mr Karim was not capable of becoming a fully operational and effective police officer’.

Mr Karim was dismissed with immediate effect in July 2021, the panel heard, after continued concerns about his ability to perform.

He had been subjected to disability discrimination arising from his dismissal, and the force had failed to make reasonable adjustments by not paying for his advanced hearing aid kit and insurance, the tribunal concluded.

A further claim of direct discrimination – in which he accused the Met of making a ‘stereotypical assumption’ that his hearing impairment ‘rendered him incapable’ of doing the job – was dismissed, however.

‘The test was a ‘pass or fail’ test and, because he failed it, he was dismissed… there were less discriminatory ways of achieving those legitimate aims, including making reasonable adjustments.

‘[The Met] should never have required [Mr Karim] to pay this cost [of the advanced hearing aid kit.]* requiring [him] to insure the hearing aids was completely unjustified.

‘As work equipment, they should have been insured by [The Met] in the same way as all [his] other equipment.’

A hearing to decide Mr Karim’s compensation will be held at a later date.