The train derailed in the downtown Custer area, where nearby streets were closed and there was a large response for a fire, Whatcom County officials said on Twitter. 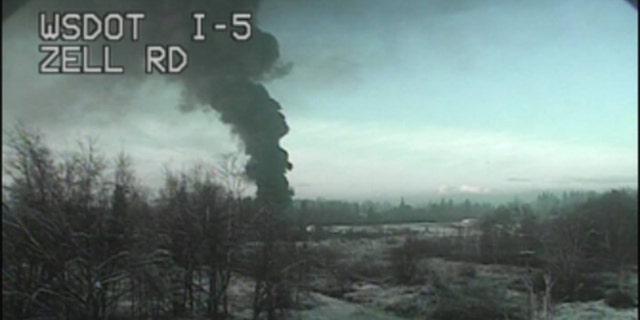 Washington State Patrol Trooper Heather Axtman said on Twitter that all residents and visitors within a half-mile of the derailment needed to evacuate.

Between three and five tank cars derailed at about 11:40 a.m., BNSF Railway said on Twitter.

"BNSF is working with local authorities to assess and mitigate the situation," the railway said. "The cause of the incident is under investigation. Our first priority is dealing with any safety issues."

State traffic cameras showed a large black smoke plume. The interstate was also closed in that area in both directions.

Custer, a small town of several hundred people, is about 100 miles north of Seattle near Interstate 5.

No further information was immediately available.