Travel restrictions and new model speculation has seen the price of new and used Toyota LandCruisers skyrocket, with second-hand model prices outstripping those of new models in some cases.

With more Aussies holidaying at home because of international travel restrictions due to the coronavirus, the demand has spiked for popular vehicles capable of towing, such as large four-wheel-drives and utes. 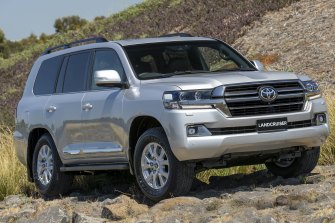 Some almost-new Landcruisers are selling for more than they would our of the show room.

One online listing from a dealer for a 2021 Toyota LandCruiser VX with just 10 kilometres showing on the odometer is priced at $160,000, almost $57,000 more than the recommended retail price of a brand-new example.

And a top-specification LandCruiser Horizon Limited Edition is currently listed at $195,000, or $63,000 above the new car retail price.

LandCruiser prices have also soared due to Australians scrambling to secure what could be the last available examples of the diesel V8-powered four-wheel drive.

In production since 2007, the current model LandCruiser 200 Series is due to be replaced by an all-new model by the end of the year and speculation is rife that the LandCruiser’s powerful diesel V8 engine will be replaced by a smaller, more efficient V6 engine.

Those rumours have contributed to the sharp price rise for both near-new and older LandCruiser models, which has also driven up the price of V6 models. 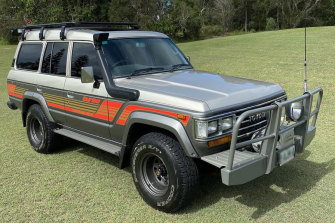 According to US data firm Moody’s Analytics, the prices for all used cars in Australia have increased by up to 36 per cent. However, Australian car dealers have rejected the data, saying the number is closer to “five to 10 per cent”.

The increased demand for the LandCruiser has “exceeded the expectations” of Toyota Australia, and an exhausted supply of the large four-wheel-drive has only served to further push prices higher.

Toyota Australia has not confirmed when the Toyota LandCruiser 200 Series will end production, or when the new model will arrive locally.