THIS is the touching moment a dying Vietnam war veteran gets a final loving lick from his beloved canine companion.

John Vincent, 69, fulfilled his one last wish to be reunited with Yorkshire Terrier mix Patch on Friday. 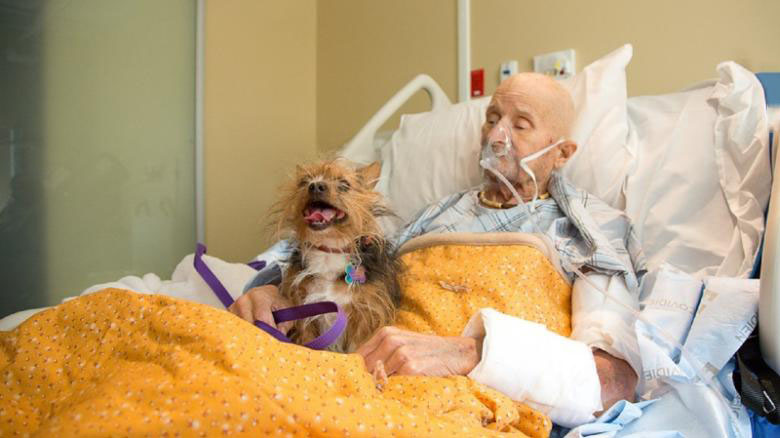 He was forced to give-up the five-year-old dog when he was taken into a hospice in Albuquerque, New Mexico.

There John's condition declined this last week and it was believed he had just days to live, Albuquerque Journal reported.

His palliative care worker Amy Neal, asked if there was anything "meaningful for him" that they could do.

John's final wish was to see Patch one last time and she called the shelter his five-year-old pet was living at.

After being told about John's request, Adam Ricci of the Animal Welfare Department knew he had to help.

He told CNN: "It was an immediate ‘absolutely’ and let’s do whatever we can to get it done.

"We left Patch there with Mr. Vincent for the whole day, so they could spend one last day together."

Emotional photographs of their time together documented the pair cuddling on John's hospital bed and their love for one another.

John, who was born in Montana, was enlisted in the US Marines for three years and served in Vietnam.

After leaving the military he travelled to Wyoming, Alaska and retired in New Mexico.

It was there that he took-in Patch after a neighbour's dog had a litter five-years-ago.

John said: "He was the smallest, and I wanted one that could ride on my bike.

"The only hair I had was on my chin, which was called a patch. And he had a little white patch, so we were the patch brothers."

The pair would travel together on John's Harley-Davidson motorcycle.

Patch even had his own pair of tiny goggles.

They were so happy to see each other and to say their goodbyes.

The Albuquerque shelter reflected on the "heart warming moments" the pair spent together.

They wrote online: "They were so happy to see each other and to say their goodbyes.

"It was an honour to make this veterans final wish come true."

Patch was returned to Westside Animal Shelter and has since been adopted.

After the pair's goodbye went viral people across the US  registered their interest in taking him in. 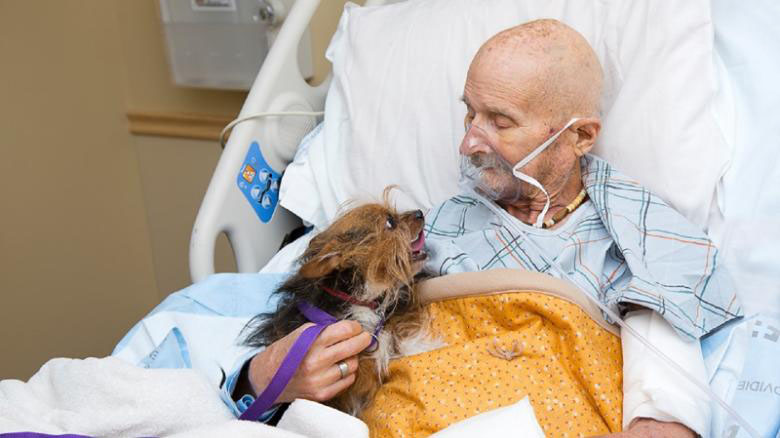 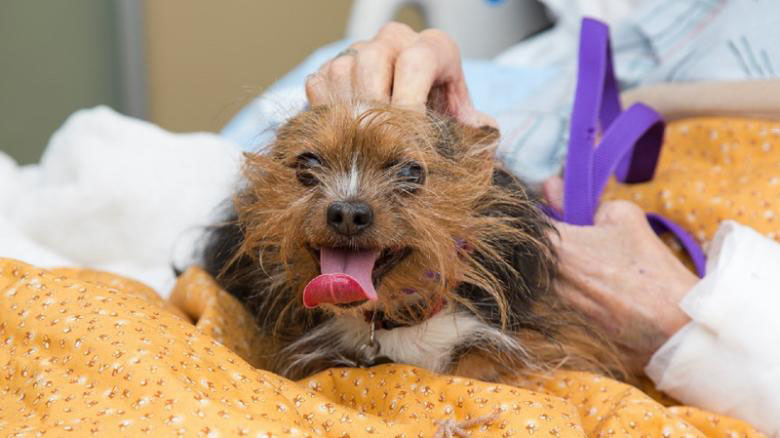