Our team is dedicated to finding and telling you more about the products and deals we love. If you love them too and decide to purchase through the links below, we may receive a commission. Pricing and availability are subject to change.

Worthwhile TV bargains are hard to come by, especially those that feature quality products backed up by substantially positive customer reviews. While the likes of Samsung and Vizio have garnered a reputation of being two of the best television retailers on the market, shoppers often have to break the bank in order to splurge on TVs from these brands.

Thousands of Amazon shoppers, however, have found that cheaper brand TCL‘s 2019 lineup of televisions holds its own as one of the best on the market, at the moment. And one of its newest 50-inch models is currently on sale for $210 off its original retail price. 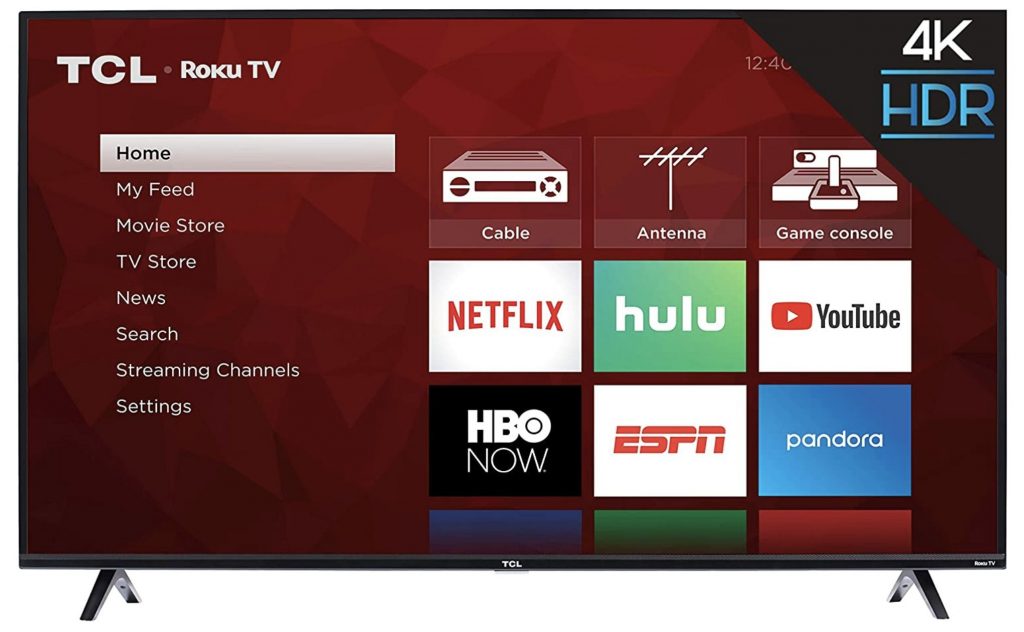 In addition to its sizable 50-inch display, this TV features built-in Roku integration, making the process of streaming your favorite content as seamless as possible. This star feature also makes this the perfect television for those who live in smaller spaces but would like a larger display. How so? Well, space consolidation. There’s no need to purchase a third-party streaming device such as an Amazon Fire TV or Apple TV, as the internally integrated Roku does the job of streaming without taking up any extra space.

Also, when compared to other 50-inch TVs from higher-end competitors like Vizio, the TCL option gives you more bang for your buck — that’s an over $220 price difference between these two models — as well as assurance from thousands of shoppers as opposed to the 18 customers who reviewed the Vizio model which has a 3.8-star rating.

Boasting over 16,500 reviews and an overall customer rating of 4.5 out of 5 stars, TCL’s 2019 50-inch model is certainly a favorite among shoppers.

One five-star reviewer couldn’t get over the price for the quality, writing that it is an “excellently priced 4K TV” that he would “highly recommend.”

Another shopper honestly advised that those who are wary about giving the TCL brand a chance should think twice as the newer lineup is “no joke.”

“You won’t find a TV of this quality for $6 an inch screen size,” the reviewer wrote. “With millions of sets sold and with reviews being overwhelmingly positive, it’s just fact that TCL TVs are no joke.”

While some shoppers admitted there is “not a single con” to attach to this TV, others have noted that they wish the device featured more than one USB port and that the remote could be kind of “slippery and sometimes difficult to grasp.” Both of these critiques by shoppers, however, were not dealbreakers when deciding to make the purchase.

Ensure that your TV is fully covered in the event of any technical mishaps or accidents with Yahoo Plus Tech: a new subscription service that provides tech support and electronics insurance for just $15 a month.

If you enjoyed this story, you might like to read aboutthis TV bundle deal that over 15,000 Amazon shoppers are raving about.

More from In The Know:

Subscribe to our daily newsletter to stay In The Know

The post Get over $200 off this 50-inch Roku smart TV that thousands of shoppers love appeared first on In The Know.