After sharing his distress at the raging wild fires near Cobham Common in Surrey, May has posted a video showing just how terrifying the weekend’s inferno was for local residents – including himself. May detailed how worried he was for his own home, which includes a recording studio, and all his precious memorabilia from a career spanning five decades. as always, the animal-loving star was also concerned for the devastating risk to local wildlife.

Hundreds of residents were evacuated and rail lines closed as fire services tackled the huge blaze.

Today, a devastated May surveyed the damage to the natural habitat and posted a new video (scroll down to see the footage). He also paid tribute to the emergency services workers.

May wrote: “This video captured by our friend callum strachan from the Sunningdale Golf Club shows what it was like to be close to just one small corner of the raging fire on the heathland on Saturday.

“All respects to the firefighters and volunteers who helped them overpower the conflagration, and save many a wild animal and an untold number of homes. Bri.” 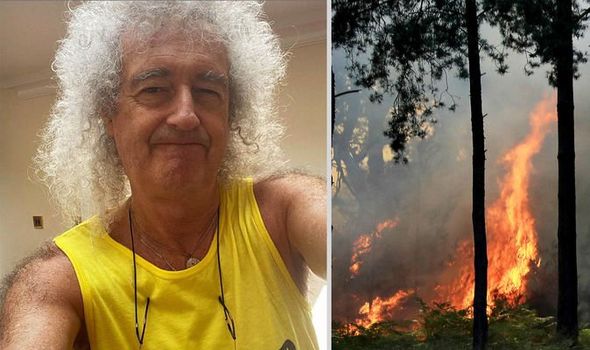 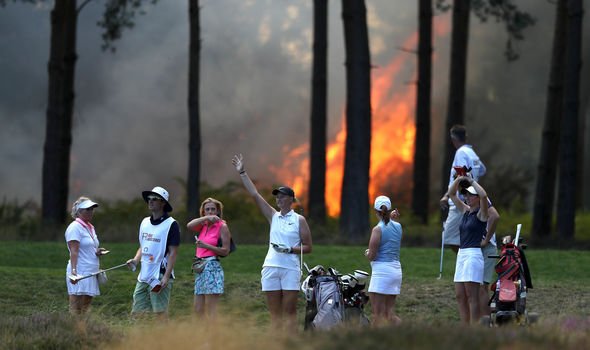 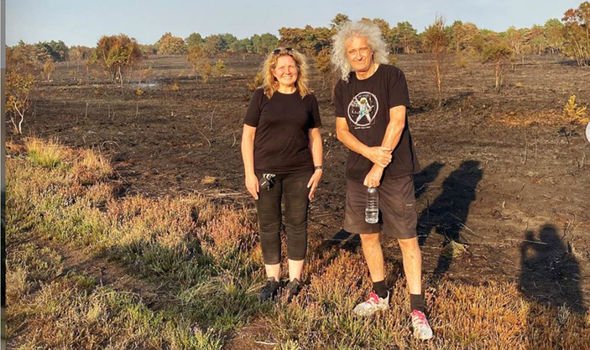 Earlier today, May wrote: “I never imagined it could happen here in leafy, and normally damp, Surrey, England.

“We supported the fight against the immense fires in Australia, and watched sadly as fires ravaged California, but to see this happen in my own home county has been shocking and traumatic…

“Today we were able to begin to thank the amazing firefighters who risked their lives to contain this huge and treacherous wild furnace on the heath land of Sunningdale Golf Course – which actually adjoins my property.”

WATCH THE VIDEO NEXT:

“Yesterday, I was rescuing as many precious things from my house as was practicable, under threat of the whole thing going up in flames, but praying that the horror would not happen. Today my prayers were answered – the fire is under control, but the danger is not over.

“While this dry heatwave lasts there is still a massive risk of a flare-up leading to disaster.“

While the Queen star has repeatedly praised local firefighters and rescue services he has also blasted government funding cuts to the NHS and fire services.

He wrote: “Just as the Government cuts sent the NHS into battle hideously crippled by lack of funding, the same lack of vision has rendered this country vulnerable to fires – with a fire fighting service criminally cut back in manpower and resources.

“Something has gone terribly wrong with our leaders’ decision-making process. As long as we prioritise short-term economic gains over the lives of our people and the welfare of those who protects us, we will be a nation continually in danger.”