REVEALED: The 11 Hollywood A-listers and ultra wealthy set to be infuriated by Richard Gere and his 130-foot cell phone mast blocking their idyllic views

Eleven celebrities and ultra wealthy residents up in arms over Richard Gere pitching a 130ft cellphone mast on his rural New York hotel property have been revealed.

However, as the town barrels through the approval process of constructing a 130-foot cell tower at the Bedford Post Inn, which is owned by Pretty Woman actor Richard Gere, a few other wealthy residents aren’t happy, including Jerry Seinfeld’s sister Carolyn Liebling and long-term residents Kathleen and Chris Mara and Kate Mara and Rooney Mara.

Gere, 73, agreed to the tower earlier this year, after being approached by Town Supervisor Ellen Calves in June. Town residents wanted the tower to be located in a ‘less intrusive’ area and Calves said commercial property is consider just that by ‘town code.’

‘Given that the Post Inn property is commercial, and in the town code commercial property is considered “less intrusive” than residential sites, I was looking…to see if they would consider this,’ Calves told the New York Post. 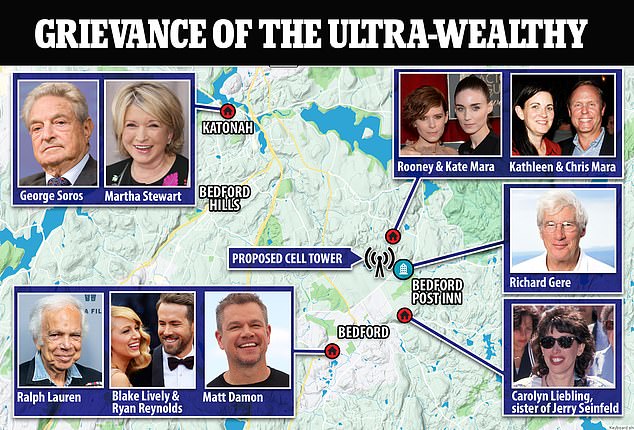 The ultra-wealthy of Bedford, New York, are set to be infuriated by actor Richard Gere’s approval of constructing a 130-foot cellphone tower at his hotel 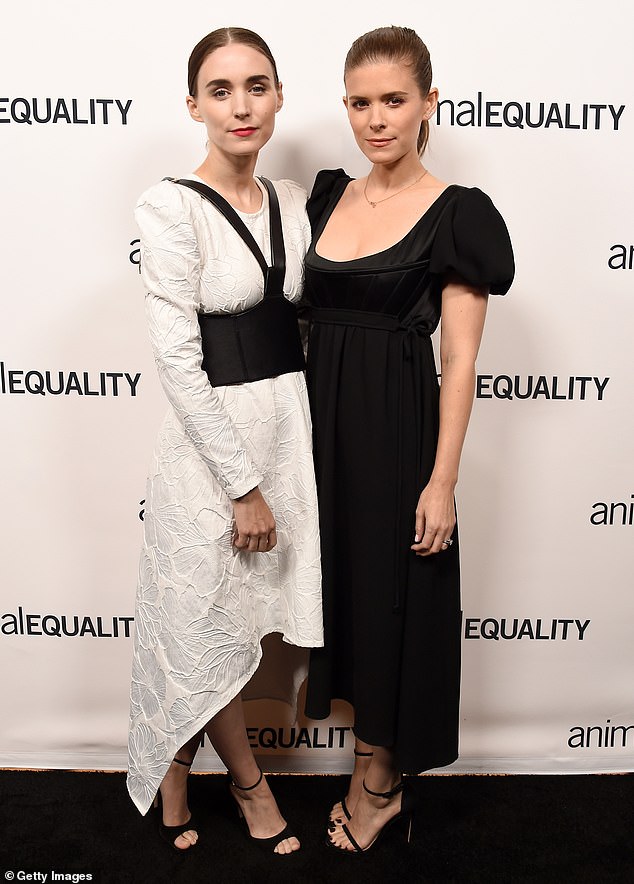 Local long-time residents, including Kathleen and Kate Mara (pictured left with Rooney Mara) are opposed to the idea, because the tower will ruin their views from their million-dollar homes. Another person against the construction is Jerry Seinfeld’s sister Carolyn Liebling 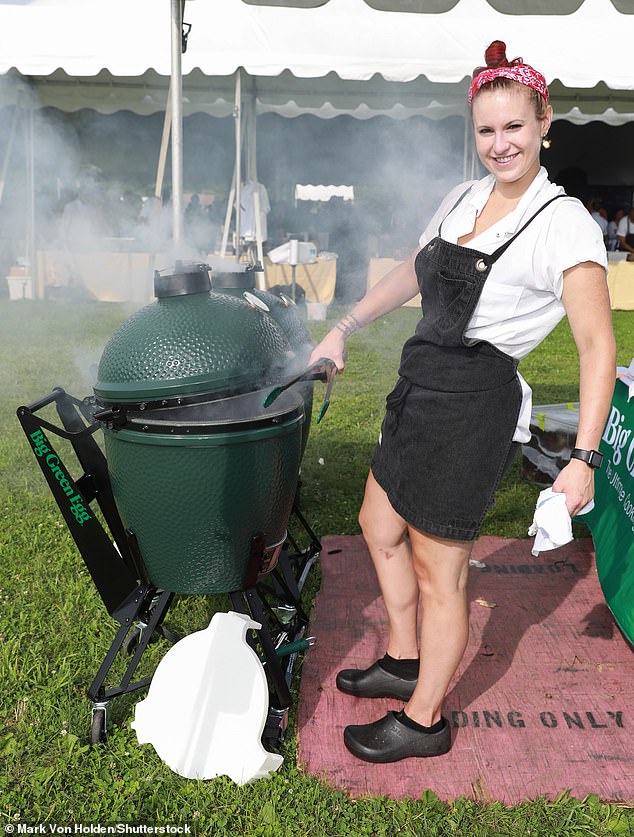 Gere’s own executive chef at the hotel, Roxanne Spruance, 38, who co-owns the Michelin-rated restaurant The Barn at the hotel, is opposed. ‘The actions of my landlords in thinking this was a good idea…is completely separate from my wishes [and] desires as a business owner’

Verizon sued the town in July 2021 after the Bedford Planning Board rejected two previous locations for the tower, saying the Federal Telecommunications Acts mandates that service gaps be covered.

Although the new location will settle the lawsuit with Verizon, it has done little to win over the town’s A-list and wealthy residents.

‘In the winter, I have a gorgeous vista, and I look forward to it every year,’ Kathleen Mara, who has lived in the area for nearly 40 years, wrote in a November 21 email to the planning board. ‘Now, I’ll looking at an ugly tower that will soon be obsolete if the location is approved.’

‘I don’t understand why they would want to have it there,’ she said. ‘Isn’t that how everybody is? Like: “Not in my backyard!” or whatever, you know?’

Liebling also fretted about the location and the view of it from her home, telling the board in a December 8 email that it was practically located in her ‘backyard.’

‘The decision you make will affect the life of our family if you put the cell tower practically in our backyard. Liebling and her husband Larry owe 17 acres near the Bedford Post Inn and they said the area is their ‘sanctuary’ and a cell tower would ruin it for them, the Post reported. 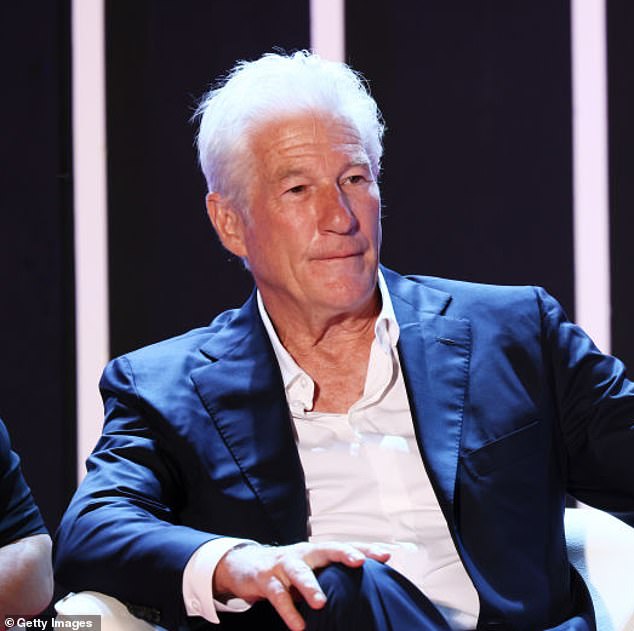 Gere, 73, (pictured) approved the tower in June after the town approached him. The tower is meant to be used to help first responded and to cover gaps in service. Gere does not live in Bedford, but lives with his wife and children in a $10million home in North Salem in Westchester County 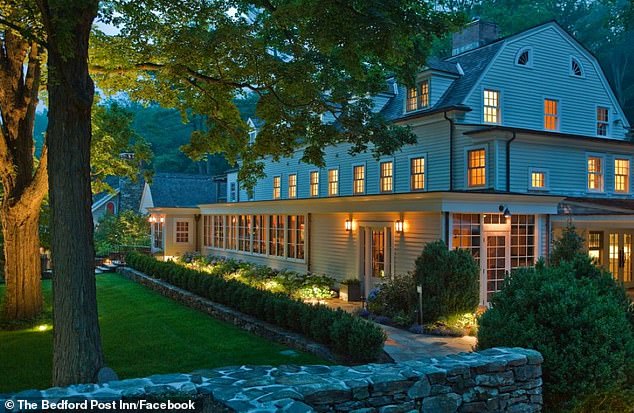 Spruance has also accused of Gere and his business partner of approving the tower to get their expansion plans approved, which happened in September – just months after they agreed to the tower. However, the town denies there’s any connection

Liebling has even gone as far as seeking a pre-motion from a South District of New York judge to stop the tower’s construction – which has not been officially approved, but residents believe it will go forward anyways. If she is granted her motion, it will block the construction, the associated equipment needed to build it, and the new hillside access road.

But it’s not just Gere’s closest neighbors that are peeved about the idea, but his own executive chef, who works at the hotel’s restaurant The Barn.

Roxanne Spruance, 38, who co-owns the Michelin-rated restaurant, told the board on December 5 that the restaurant the land owners – Gere and real estate developer Russel Hernandez – were on different pages.

‘I just want to make it very clear that the restaurant and the hotel are very separate,’ she said the meeting. ‘The actions of my landlords in thinking this was a good idea with Ellen is completely separate from my wishes [and] desires as a business owner.’

She also said Gere’s plans to expand the hotel by an additional 10 rooms, and by adding a pool and spa to the property – where rooms can cost $1,075 per night on the weekends – were approved in September, just months after agreeing to the cell tower. 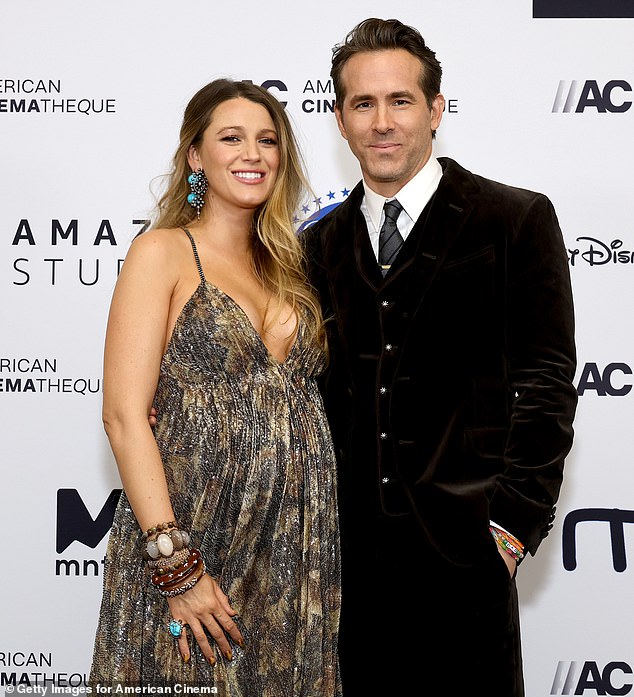 However, Calves denies the expansion approval had anything to do with the cell tower, telling the Post: ‘That statement is not based on reality or fact.

‘The owners of the inn have been working on explaining their operations and have had plans before various boards of the town for several years, and all of those have been received with enthusiastic support.’

She said Gere and Hernandez agreed to the location because they ‘care deeply’ about the first responders – which the cell tower is suppose to help. However, Gere does not even resident in Bedford, instead, he lives in a $10million home in North Salem in Westchester County with his wife Alejandra Silva and their children.

Another local, Jim Hoffman, 63, is also angered by the tower, saying his view of his $2.5million home – that he’s lived in for 25 years – will ruin his view and be visible from almost every room in his home. 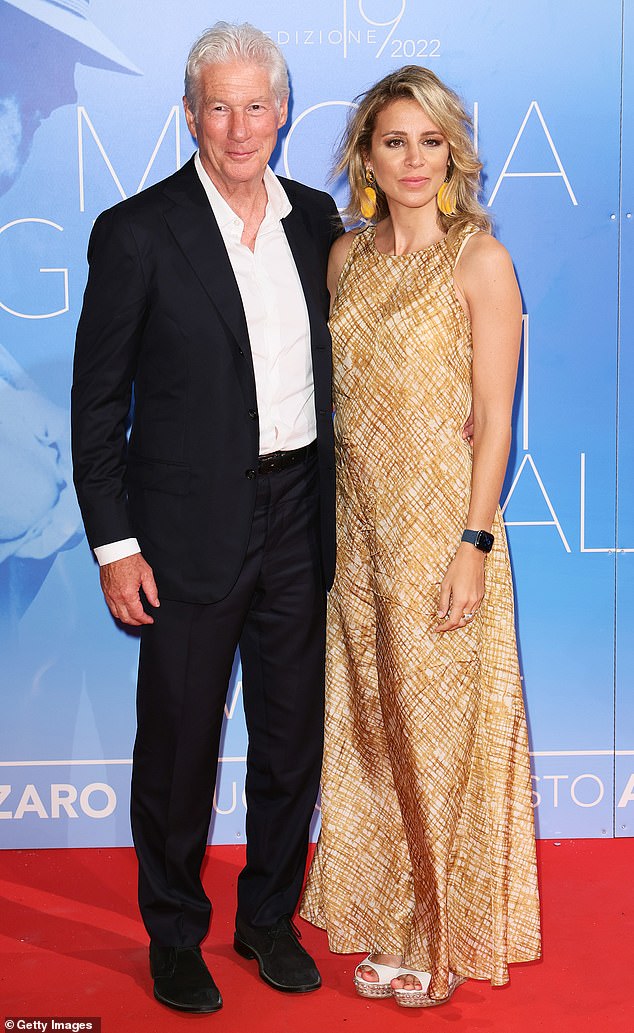 ‘Anytime we look outside, we’ll be reminded somewhat of the distrust in and corruption of our town.’

Hoffman has also joined Liebling in her motion to stop the tower after accusing the board of being manipulative.

‘It’s a rubber stamp from the town’s perspective. It’s them trying to get it done with,’ he told the Post.

However, the town does not plan on swaying its efforts. Calves told the Post: ‘Just because people who have money and power are threatening legal action, that doesn’t mean that they get more deference than anyone else.

‘We have to make the right decision for the whole town. This is a matter of public safety and quality of life.’

The board is set to review Verizon’s application on January 3.